Marvin Wilmoth and Anthony Ceroy are undertaking one of Buffalo's biggest and most visible projects – at Silo City.

They are proposing an ambitious project to remake Silo City into a new community that combines artists' studios and gallery space with residential apartments and retailers.

And they're taking an unusual approach.

Wilmoth and Ceroy are the founders and managing principals of Generation Development Group, a real estate firm based in Miami, Fla., that focuses on projects with "community-driven impact." That means not just considering a need for housing, but also looking at health and wellness, education and recreation, workforce and training and environmental sustainability.

"Housing is only one piece of the solution when you’re talking about community development," Wilmoth said, citing the importance of "engaging the community in everything we do."

As a result, their projects take a broader look at community benefits. And rather than decide from the start what a project will look like, the duo prefers to let it evolve with local desires.

"We are huge believers in letting communities grow organically," Ceroy said. "We want our development initiatives to be not only embraced by but led by the community which we’re going to be serving." 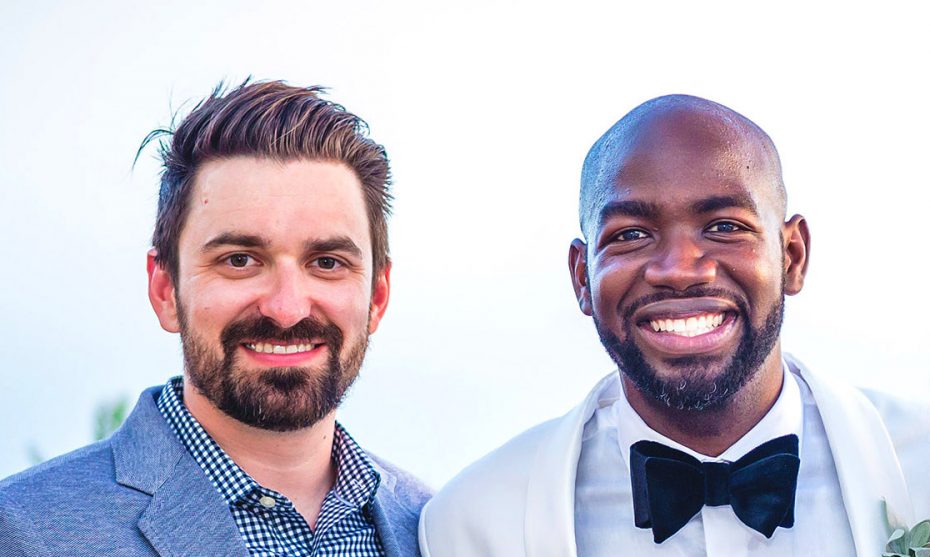 That's what they're trying to do in Buffalo.

Working with Silo City owner Rick Smith, CEO of nearby Rigidized Metals Corp., their initial plans call for a $30 million to $40 million first phase that would include 150 apartments, with a mixture of market-rate, workforce housing and artists' live-work lofts. Additional phases of development could push the full cost of the multiyear project much higher – well over $100 million – with over 400 units in all, the pair said.

The residential development is a core element of the project and supports a range of other uses at the site. The final project may also feature some combination of community, educational, gallery retail and even "maker" or incubator space, in proportions that have yet to be determined.

Regardless, the redevelopment would radically transform that longtime industrial area into a new "creative" neighborhood. That also would fulfill a longtime dream of Smith's to reuse the silos and other structures that make up the peninsula that juts into the Buffalo River.

"Rick Smith has done just an amazing job of creating a culture and identity at Silo City," Ceroy said. "Rick has created a place for folks to come and really be creative. In our experience, that very easily or seamlessly lends itself to not just providing a community where those folks can thrive ... but also providing educational opportunities for folks."

Of course, their success is by no means guaranteed. The project has to clear the rezoning and municipal review process, and the developers also have to arrange financing and overcome the design hurdles that are inevitable with such a large venture.

"The interests and desires of the community can change, once folks have the opportunity to experience what we're trying to create here," Ceroy said, so plans can shift as well. "We pride ourselves on doing thorough community engagement and getting feedback from the folks who are going to be living and using these spaces."

The project marks another vote of confidence in Buffalo by outsiders. After years of virtually ignoring the region, outside investors are becoming a bigger and stronger force for change in the city's landscape, although most of the actual work is still done by local developers.

Wilmoth and Ceroy now join the likes of One Seneca Tower owner Douglas Jemal and Buffalo Grand Hotel owner Harry Stinson in being attracted to Western New York to lead redevelopment efforts. And others have been knocking on local doors, as economic development leaders tout the region and seek out more interest.

That's a result of both the potential that Buffalo offers – as a city with a significant amount of historic architecture, a "robust infrastructure" and a resurgence of city living – as well as the support of the local leadership, Wilmoth said.

Buffalo Mayor Byron W. Brown "talked about Buffalo being a city of opportunity, and we found that to be the case in our desire to bring new and transformative developments to Buffalo," Wilmoth said. "That was one of the things that really make us excited about Buffalo and upstate New York in general."

Back in September 2014, the pair met Colby Smith of Colby Development, who "insisted we come out and take a look at what was going on in Buffalo," Ceroy said. They also began working with architect Steve Carmina of Carmina Wood Morris. "As those relationships continued to grow, our interest grew," he added.

The Silo City project is the second initiative that the duo has undertaken in Buffalo, after their joint-venture partnership with KCG Development to turn the former Atlantic & Pacific Tea Co. warehouse at 545 Swan St. into the AP Lofts at Larkinville, a $42 million project.

"We could not have been more proud to have been part of that development," Ceroy said. "I fell in love with that the first day I saw it. And the more we followed down the path, the more real it became."

Designed by Carmina, with RP Oak Hill Building Co. and Colby leading the work, the project opened in April.

"We were impressed by their desire to invest in unique and challenging developments which would have a community-level impact for the city," Colby Smith said. "Generation Development is tenacious in delivering quality developments with significant community impact. ... They truly look to exceed the norm with respect to community involvement in planning and visioning of developments."

While Wilmoth and Ceroy are relatively new to Buffalo, they are no strangers to community and real estate development.

Wilmoth, 38, spent the first part of his career working in finance at JPMorgan Chase & Co. in New York City, helping businesses grow and make deals, but he has spent the last eight years in community development with a focus on housing.

Born on a U.S. naval base to Honduran immigrants – his father served in the U.S. Navy, while his mother was a Spanish teacher – Wilmoth serves as vice mayor in the small Florida city where he lives.

"I really think and see the political life and some of the political goals I have here as part and parcel with our community development," Wilmoth said. "We’re making decisions, both budgeting and programmatic, for the city in a similar way that Anthony and I go about solving problems for communities. ... I’d say our perspective has changed quite a bit."

Ceroy, a 36-year-old University of Florida graduate, followed a similar path after college, though he started in real estate five years earlier.

The Detroit native – whose father was a General Motors engineer – started off as a leasing professional and property manager during college at three different properties from March 2002 through April 2006. Then he became assistant director at Klingbeil Capital Management, where he oversaw financial reporting and management of a national student housing portfolio for over a year and a half.

He wanted to learn more about the financing side, so he joined City Real Estate Advisors, where he worked from November 2007 through March 2010 as an acquisitions analyst, handling the underwriting and closings for affordable housing developments.

But he missed the connection to real estate – and the warmth of Florida – so he left. In July 2010, he joined Carlisle Development, where he met Wilmoth and they started their own team. "We just built up a really great rapport and enjoyed working together," Ceroy said.

A success story in Winder, Ga.

He and Wilmoth formed Generation in March 2013 as a boutique real estate development and consulting firm, with a focus on mixed-use and mixed-income housing.

The firm has undertaken a variety of projects with KCG, but always with an eye toward addressing social factors locally alongside the economic drivers. For example, a community may have limited access to early childhood education or healthy foods, or it may struggle with high school graduation rates.

Its past successes include the Exchange, a $25 million community in the Atlanta suburb of Winder, Ga., where the expanding public school district struggled to attract and retain teachers because of a lack of affordable housing. The area mostly consisted of single-family homes, so Generation worked with local leaders to design a 130-unit walkable project that was close to entertainment and health care services, and had "elements that were going to be incredibly exciting for teachers."

"That community was one in which we saw a specific issue for that community and it’s been incredibly successful," Wilmoth said. "We had a waiting list well before we even started."

In Miami, the developers put up a 100-unit "transit-oriented development" called the Beacon that includes a built-in after-school and youth engagement program run by a local nonprofit, with classrooms and computer labs. That allows residents to save money on both a car and child care.

"We measure the opportunities we look at based on what kind of impact we can have in the community and how interesting and how cool of a development can we end up with," Ceroy said.

Now they hope to replicate their performance at Silo City.

"That site just permeates opportunity,"  Ceroy said. "It’s asking to be brought back to life. I don’t think any of us could be more excited about the direction that we’re heading."