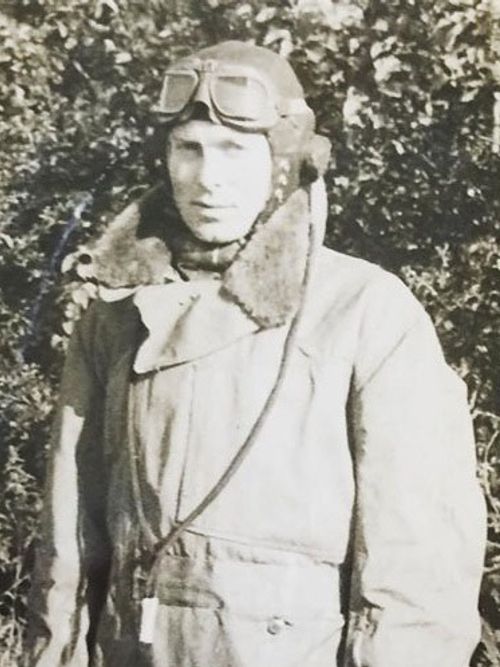 After escaping from a German prisoner of war camp, Rudolf Gibas and three others were in a group of about 100 refugees guided to the Pyrenees – and freedom in Spain – by the French Underground. Then a fierce snowstorm forced most to turn back.

"Some of them probably died in the snowstorm," said Mr. Gibas' son, Christopher Gibas. "My dad and his three buddies were lost, couldn't read the map, couldn't see where they were going, and then my dad heard church bells. He said to his friends, 'We've got to follow the church bells.' "

They did, and made their way into Spain, where, exhausted and weak, they were picked up by a Spanish patrol. Mr. Gibas, a devout Catholic, had only one question: "Where's the church?"

"The Spanish patrol guy said, 'There's not a church within 200 miles of here,' " Christopher Gibas said.

"My dad truly believed in miracles," said his son. "You could say it was a figment of his imagination or a hallucination in the cold, but it saved his life."

Rudolf Gibas survived Colditz and D-Day, became a United States citizen, had two children and a 70-year marriage and worked his entire career as a chemist at GM Tonawanda.

He died June 9, 2019, in the Mary and Ralph Wilson Jr. Hospice Inpatient Unit in Cheektowaga, where he had lived for a few days after a period of declining health. He was 98.

He was born while his parents, Josef and Anna Gibas, who lived near Zywiec, Poland, were on vacation in Czechoslovakia. He was the middle child between sisters Mira and Wanda. 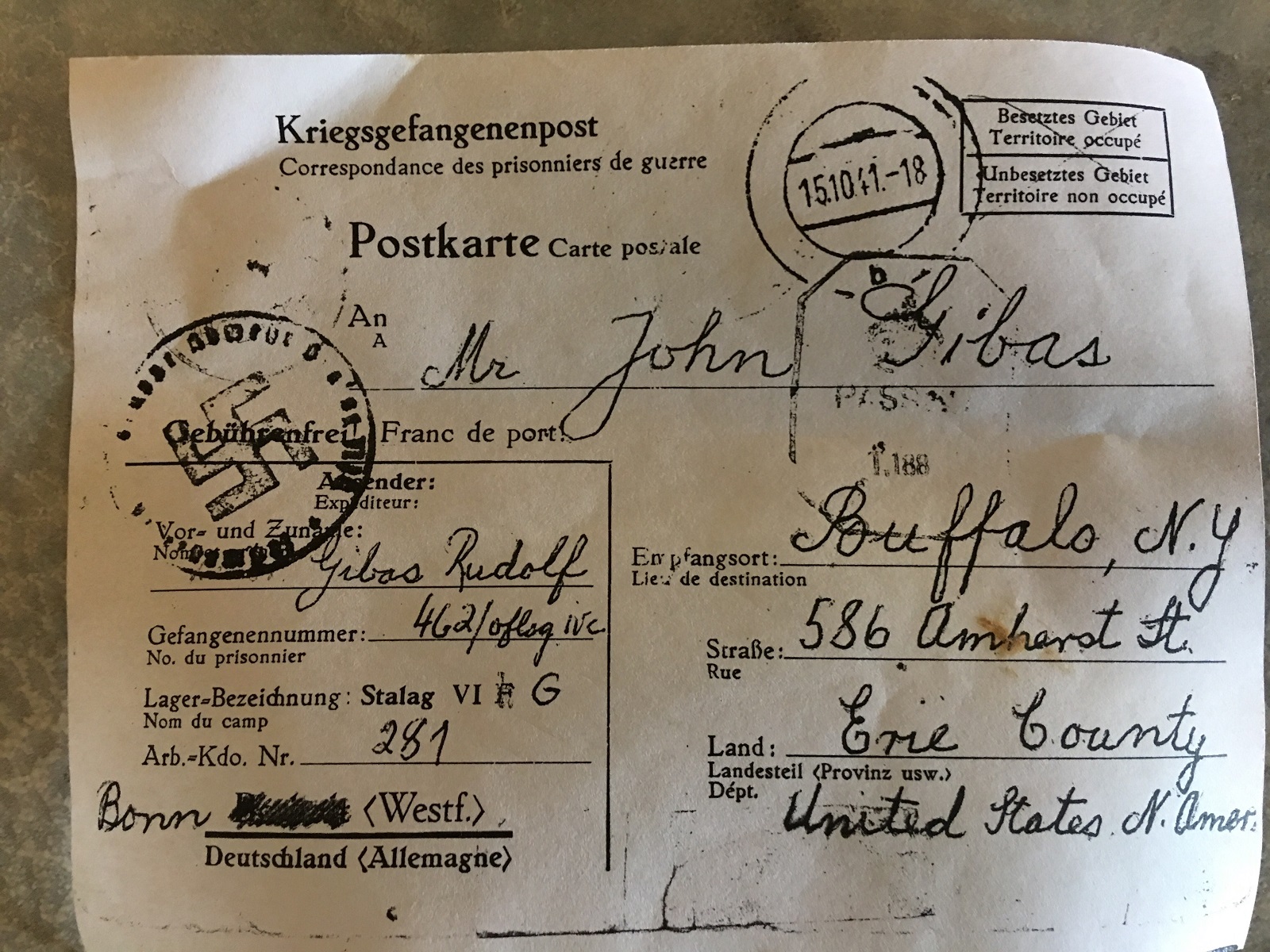 Mr. Gibas attended local schools in Poland. After high school, he entered the Polish army's officers' training school. When World War II broke out, the Nazis invaded Poland and he was among those taken prisoner on Oct. 8, 1939. He spent four years being shifted around among German prison camps, including a brief stay in the infamous Colditz Castle.

From Stalag VI-G in Bonn, he sent a letter to his uncle, John Gibas, who operated Gibas' Dairy at 586 Amherst St., Buffalo. The letter was read by the censors and stamped with a large black swastika.

The escape from that camp "wasn't like you see on TV, where they tunneled out," said Christopher Gibas. His father and a few comrades befriended a German guard and his sister, who was the secretary for the camp commandant. 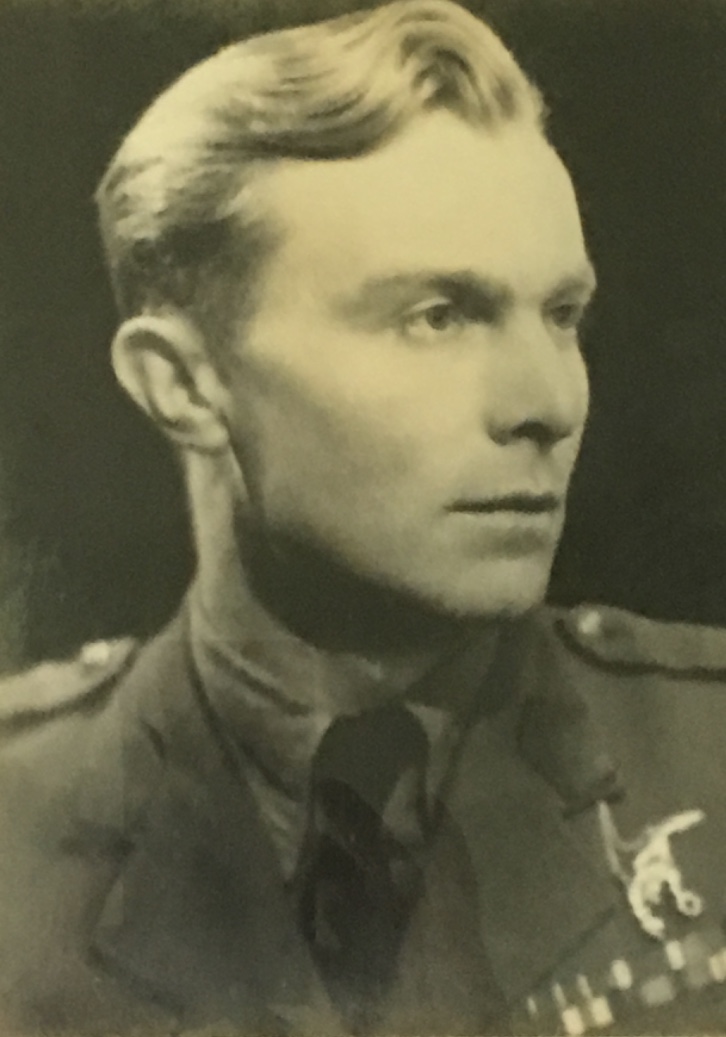 They then volunteered for a work detail outside the camp walls. On July 24, 1943, in a rainstorm, they escaped through a window of the basement where they had been sheltering. They went directly to the commandant's secretary's office, and she gave them shelter and a change of clothing. Her brother, a camp guard, bought them bus tickets out of the area. But the escape was far from over.

"He made his way to Holland, Belgium, and then eventually France," said his son Christopher Gibas. Then it was on to Spain and the church bells.

In Spain, the escapees were jailed while the authorities checked out their stories that they were POWs, his son said. Then Mr. Gibas was evacuated to England.

But his war was far from over. In England, he entered the Polish division of the British Army and was trained as a commando. He parachuted behind enemy lines the day before D-Day to blow up a bridge, and was wounded by the explosion, suffering some facial injuries.

"So he was being evacuated out back to England as the D-Day invasion happened," his son said.

He still wasn't done. Mr. Gibas then joined the Polish division of the Royal Air Force, and was learning to be a pilot when the war ended, his son said.

After leaving the military, he met his bride-to-be, Gwendoline "Gwen" Glazebrook. They married on Feb. 19, 1949, in St. Mary's Roman Catholic Church in Derby, England. He studied to become a chemist, graduating from Derby Technical College.

The couple arrived in the United States by ship in 1952. "They spent a week or two in New York, then took a train to Buffalo," where they lived with Mr. Gibas' uncle John, their son said.

Through his travels – including stints in captivity in Germany and Spain – Mr. Gibas spoke seven languages, his son said. "He learned Polish at home, learned English in school, learned German in a prison camp, spent quite a bit of time in France after his escape, so he learned French there, and he spent time in prison in Spain, so he learned Spanish there." He also spoke Czech and a bit of Russian he learned from Russian prisoners.

"If we had somebody from France and Germany over at the same time, he would be translating between the languages," Christopher Gibas said. "He was pretty amazing." 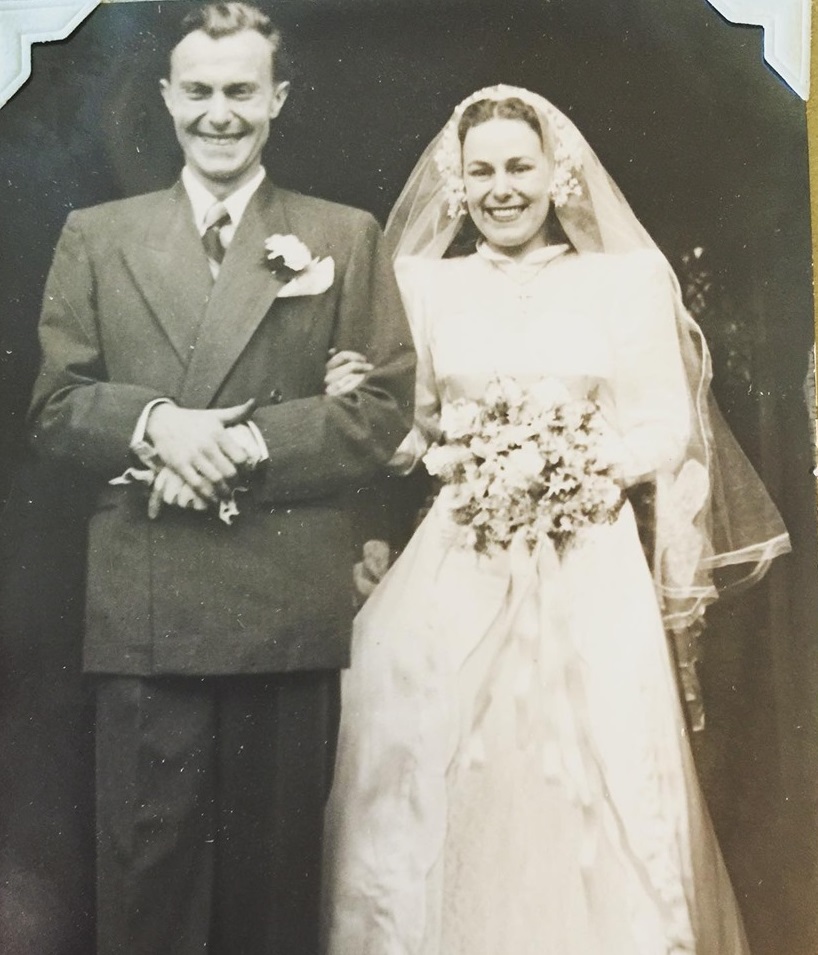 Rudolf and Gwendoline Gibas on their wedding day in Derby, England, more than 70 years ago.

Mr. Gibas seldom talked about his harrowing wartime adventures. "The only way I knew the story of his escape is that that's the story he used to tell me as a kid," his son said. "But he never used to talk much about it – he was from the Greatest Generation."

After living briefly with his uncle in Black Rock, the family moved to Riverside before settling in Tonawanda in 1971.

Mr. Gibas worked as a chemist at the GM Tonawanda plant for his entire career, retiring in 1982.

While living in the United States, he and his family had a welcomed visitor – the camp commandant's secretary who had helped him escape, his son said.

He and his wife celebrated their 70th anniversary this year.

"He was a very humble person, very kind," said Christopher Gibas. "He always looked for the best in things, and he always encouraged me that I could do anything. He was a very loving husband, obviously, married 70 years."

Besides his wife and his son, Mr. Gibas is survived by a daughter, Alexandra Gibas, and five grandchildren.

A Mass of Christian Burial will be offered at 9 a.m. Thursday in St. Amelia's Catholic Church, 210 St. Amelia Drive, Tonawanda.