The Buffalo Police Department said it is making progress in finding whose gun was behind the stray bullet that killed 12-year-old Badraldeen Mohamad Elwaseem on William Street this April. 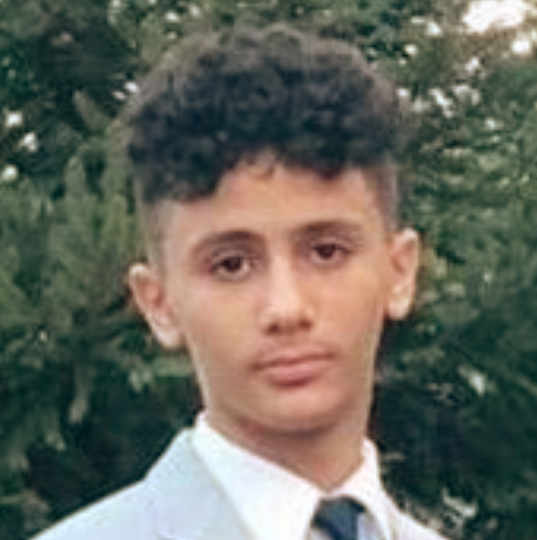 "Since this incident happened, there have been significant developments in the case," Detective Sgt. Carl Lundin, who could not comment on specifics, said at a Monday news conference at police headquarters. "This raise in the reward is from a position of strength, not of weakness in the investigation."

Investigators' hand got stronger Monday as the reward for information in the case increased to $32,500, thanks to a larger contribution by the Federal Bureau of Investigation. The FBI increased its reward from $5,000 to $25,000. Crime Stoppers Buffalo is also offering a $7,500 reward.

Elwaseem, who went by Badr, was shot in the head by a stray bullet while watching television in his family's William Street apartment on April 6.

"We cannot let crimes like this fade away or simply become history," said Gary Loeffert, special agent in charge of the FBI's Buffalo office. "We cannot grieve, memorialize 'Badr,' and then move on only to be incensed by the next act of gun violence. There must be justice for Badr and his family. We implore the community to help us find that justice.

"Please come forward to share what you know with us. No piece of information is too small."

The #FBI is now offering a reward of up to $25,000 for information leading to the arrest of the person(s) responsible for the April 6, 2019, shooting death of 12-year-old Badraldeen Mohamad Elwaseem in Buffalo, New York: https://t.co/c1dEza4h0z pic.twitter.com/3ZBADvxwy6

Lundin explained in part why he couldn't share any details about what investigators have learned or what kind of information would be most useful to them.

"There's a whole lot of moving parts right now and to comment on our successes would jeopardize the investigation," he said. "We judge the value of the information that comes in based on the facts that we know, and if a person comes through with those facts we know that their information is very good and legitimate."

The FBI reward is for "up to $25,000 for information leading to the arrest of the person(s) responsible" in Elwaseem's death.

"The family has been praying for a breakthrough," said Mayor Byron W. Brown. "The community is collectively outraged by this incident.

Officials urge people with information to contact the Buffalo Police via its anonymous tip line at 847-2255 or its Facebook page, the FBI's Buffalo office at 856-7800 or Crime Stoppers Buffalo via 867-6161 or crimestoppersbuffalo.com.