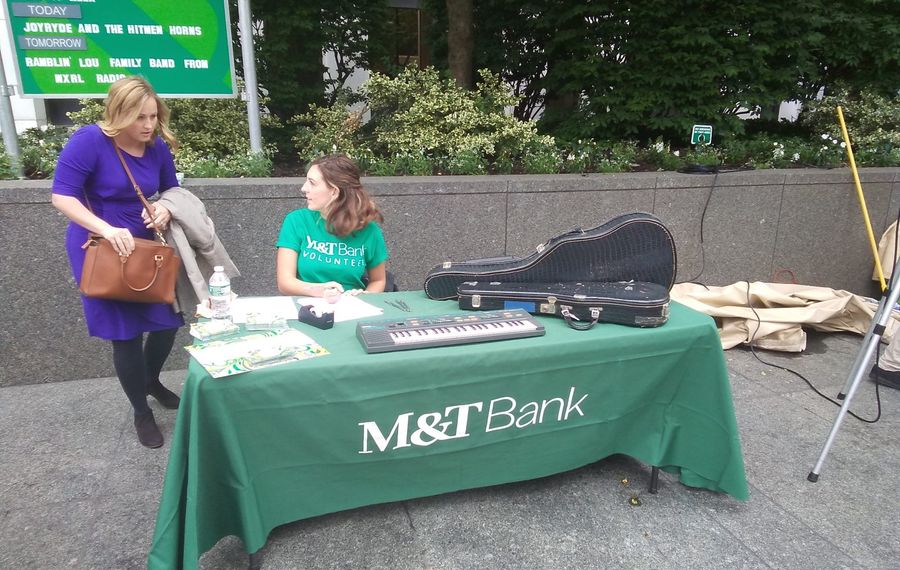 The bank is collecting used musical instruments throughout the series to donate to Buffalo Public Schools. M&T's chief marketing officer, Peter Eliopoulos, donated his seventh-grade violin on Monday, the opening day of the summer series.

The donations will be welcome additions to the school's instrument collection, said James Schwanz, supervisor of music for Buffalo Public Schools.

"We provide all of our students with instruments in the district, but because the quality of inventory has depleted so much in the past 50 years, we find students performing on low-quality instruments," Schwanz said. "The more we can partner with the community to bring in higher quality, the more we can move some of those older instruments, and provide them with a much higher-quality performance opportunity."

The 50th season of M&T's plaza event series, held in front of the bank's headquarters, will run weekdays through Aug. 23. Instruments will be collected at the event during the first week of the series, and at the headquarters branch during business hours through the end of the series.

M&T has liked the results of a similar instrument drive the bank has run in connection with a jazz festival in Rochester it sponsors, said David Lanzillo, a bank spokesman.

Eliopoulos said the plaza series fulfills a vision that One M&T Plaza's architect, Minoru Yamasaki, had for the outdoor space decades ago. And he said M&T has remained committed to the series through the years, both financially and from employees' dedication.

"Imagine how lonely this place would be in the summertime if you just had a fountain and nothing else going on," Eliopoulos said. 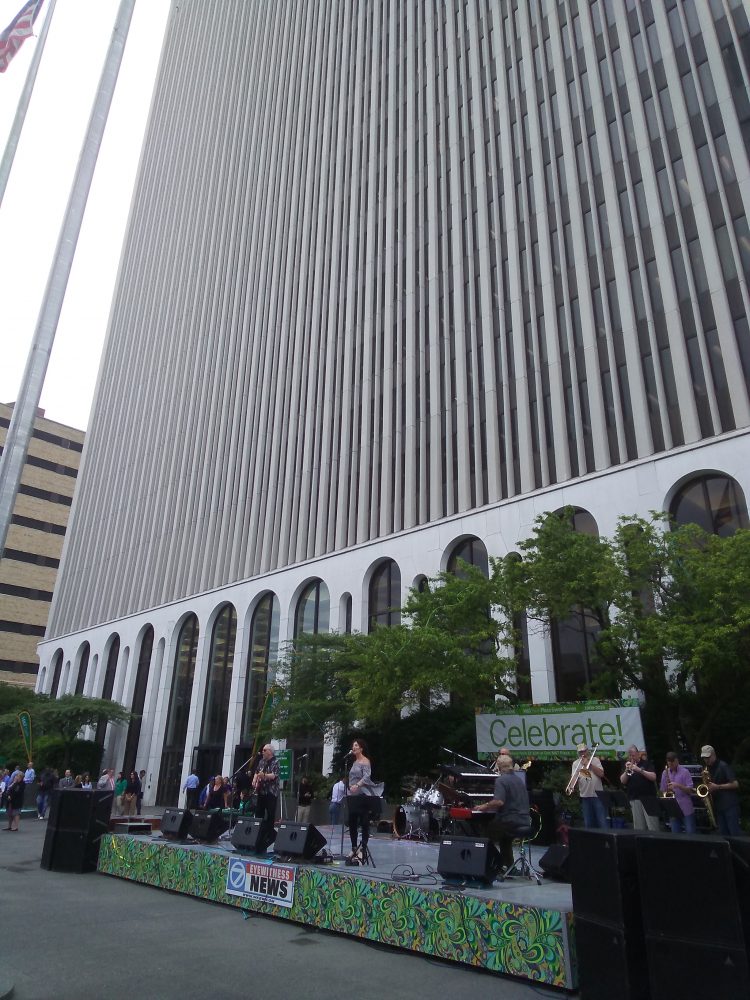 Joyryde with the Hitmen Horns performs at One M&T Plaza. (Matt Glynn/Buffalo News)