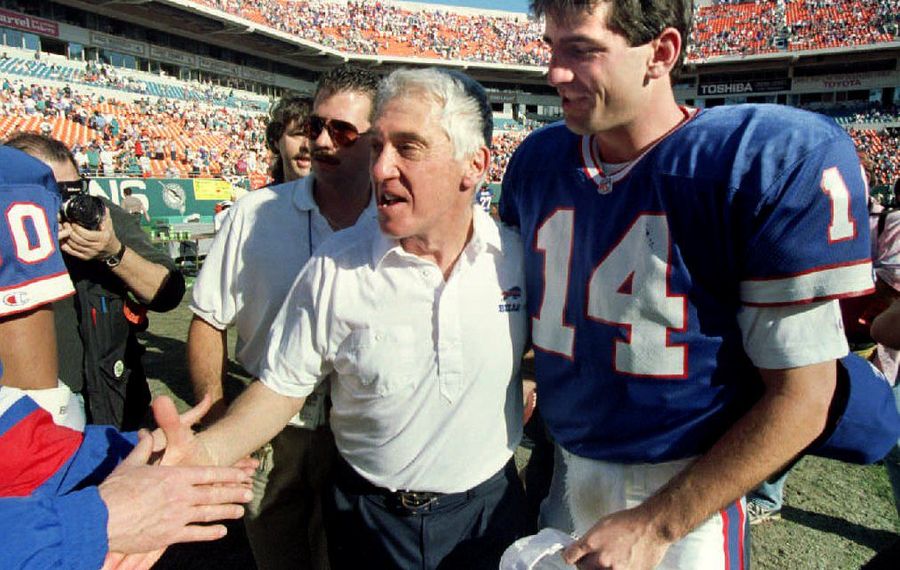 How dominant were the Buffalo Bills' teams of the 1990s?

According to data compiled by Rene Bugner, the Bills' regular season and playoff winning percentage during the decade ranks 17th for any team during any decade. The Bills were 113-65 from 1990 to 1999.

Along with the four Super Bowls, the Bills had eight seasons with at least 10 wins.

Best combined regular season & playoff win-loss percentage for any team in a DECADE since the NFL-AFL merger.
The Patriots have won 77,7% of their games since the start of the 2010 season. They could finish 2019 with a 3-13 record and still would be on top of this list! pic.twitter.com/4RF5f6L3u9