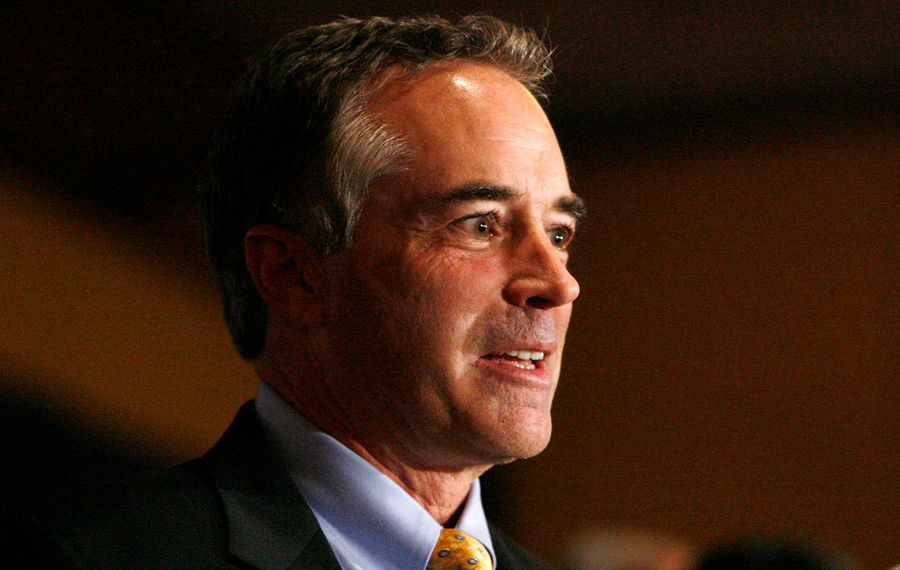 One of the best bargains a buck and a half at the newsstand provides readers of The Buffalo News is PolitiFact, the truth-detecting column authored by Jill Terreri Ramos.

A nonprofit project of Florida’s Poynter Institute, the regular column delves into claims and counterclaims of various pols to determine their accuracy. Its ultimate test remains the “Truth-O-Meter” rating that ranges from “true” to the dreaded “pants on fire.”

So when Ramos analyzed Rep. Chris Collins’ continued labeling of Republican congressional hopeful Chris Jacobs as a “Never-Trumper” who fails to totally back President Trump, she provided interesting reading while previewing the essence of a 2020 Republican primary already underway. She delved into a Collins Never-Trumper claim (the ultimate epithet in today’s GOP), revealed in his May fundraising letter.

“In reality, he’s a Never-Trumper who will say and do anything to get elected to his next office,” Collins wrote about Jacobs, the Buffalo state senator who has already declared for the seat.

PolitiFact ruling: “While Jacobs dodged questions of whether he supported Trump during the 2016 election and has been occasionally critical of him, there is no evidence that he is or was a ‘Never-Trumper,’ a label given typically to Republicans and conservatives who are outspoken that they opposed Trump’s candidacy and are opposed to his campaign for re-election,” PolitiFact reported. “We rate Collins’ claim false.”

Well, that settles that. Or does it?

The bet here is that Republican primary voters in the 27th Congressional District have not heard their last “Never-Trumper” claim. This is, after all, the heart of Trump Country in New York. The rest of the president’s home state may not line up behind him, but in the eight-county, suburban and rural 27th, Trump is their guy.

So the Politics Column presented the Never-Trumper scenario to Stefan Mychajliw, the Erie County comptroller certain to seek the Republican nod should Collins not run again. Mychajliw, you recall, served as the congressman’s shadow at virtually every 2018 campaign event. Those efforts were very much part of his effort to build his own “Always-Trumper” aura.

“I think support for the president will be one of the key issues in a red meat Republican primary,” Mychajliw said. “The first question will be: Where do you stand with President Trump?”

The comptroller affixes a “Never-Trumper” label to Jacobs whenever possible, PolitiFact or no PolitiFact. Mychajliw points to his own volunteer efforts for Trump dating to the 2016 Republican National Convention in Cleveland, and says he has no need to prove his own Trump bona fides.

“I stand very strongly by my previous comments,” he said of his Jacobs claims. “In 2016 it was not popular to hit the campaign trail for President Trump, but I proudly did so.”

So we can already envision the first debate among what could prove a bevy of Republican candidates vying in the 2020 primary. It could very well occur in deepest Trump Turf before some gathering in Genesee County, or in Wyoming County, or even in the Erie County portion of the district where support for the president runs strong.

And when some savvy questioner immediately cites the PolitiFact story, the answer from almost any of the candidates may very well blame “fake news.”

“He’s going to have to defend his record, which speaks for itself on conservative issues and President Trump,” Mychajliw said of Jacobs. “My message hasn’t changed and won’t change.”

Collins, if he runs, will also try to set the campaign agenda. Ditto for other prospective candidates. And while everyone will discuss the issues, each will steer the focus back to the man in the White House. It will boil down to who can “out-Trump” whom.

But your buck and a half still buys you a newspaper that cuts through the spin. It will provide stories to help readers make their own choices with features like PolitiFact.

And we can’t help but notice the word “fact” in its title.