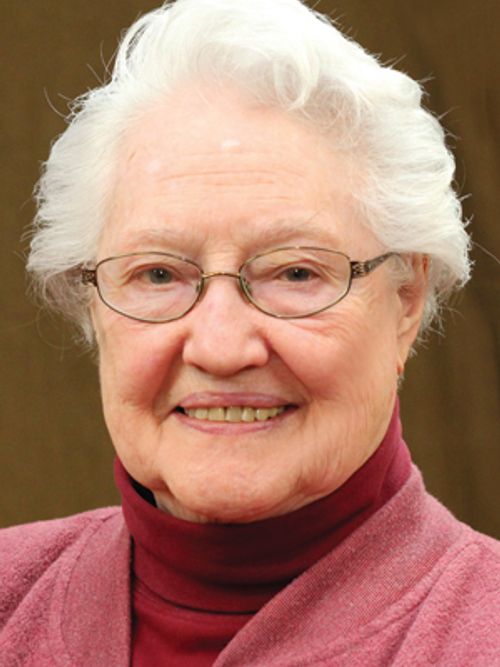 Sister Mary Dolores Cook, a Catholic nun who served as a nurse, teacher and Vicar for Religious in the Diocese of Buffalo over her 62 years as a member of the Sisters of St. Francis, died Wednesday in Fredonia Place of Williamsville Health Care Center. She was 92.

Born Ellen Frances Cook in Windber, Pa., she graduated from Windber High School and entered the collegiate nursing program at the University of Pittsburgh, from which she graduated with a bachelor of science degree in nursing in 1949.

Sister Dolores entered the Sisters of St. Francis in 1956 and earned a master of science degree in education from Canisius College.

Sister Dolores returned to S.S. Peter & Paul School to teach eighth grade for two years and, in the fall of 1962, was transferred to Archbishop Carroll High School, where she spent seven years, four as a counselor and religious teacher and three as principal.

She served as director of formation and as novice and postulant director at St. Mary of the Angels Motherhouse in Williamsville from 1970 to 1977, and was also a counselor and religion teacher at Bishop Neumann High School in Williamsville during this period.

In May 1977, Sister Dolores was elected assistant general minister of the Sisters of St. Francis for a four-year term, and was re-elected in 1981.

From 1977 to 1981, she also served as director of temporary professed sisters, spending a total of 11 years in formation work. Following her time in congregational leadership, Sister Dolores returned to the S.S. Peter & Paul parish as a pastoral assistant for 2½ years.

In 1988, she became the first woman to serve as Vicar for Religious in the Buffalo Diocese, a role she served in until 2000.

Sister Dolores served as community activist at St. Mary of the Angels Catholic Church from 2000 to 2018.

A Mass of Christian Burial will be offered at 10:30 a.m. Wednesday in the chapel at Fredonia Place of Williamsville, 201 Reist St.