Since June 7 is National Donut Day, we asked our readers for their nominees for best doughnut in Western New York.

The answer should be no surprise: Out of dozens of submissions, Paula's Donuts dominated.

But which Paula's doughnut was suggested most frequently? And what other doughnut establishments should you try to celebrate National Donut Day? See what readers had to say. 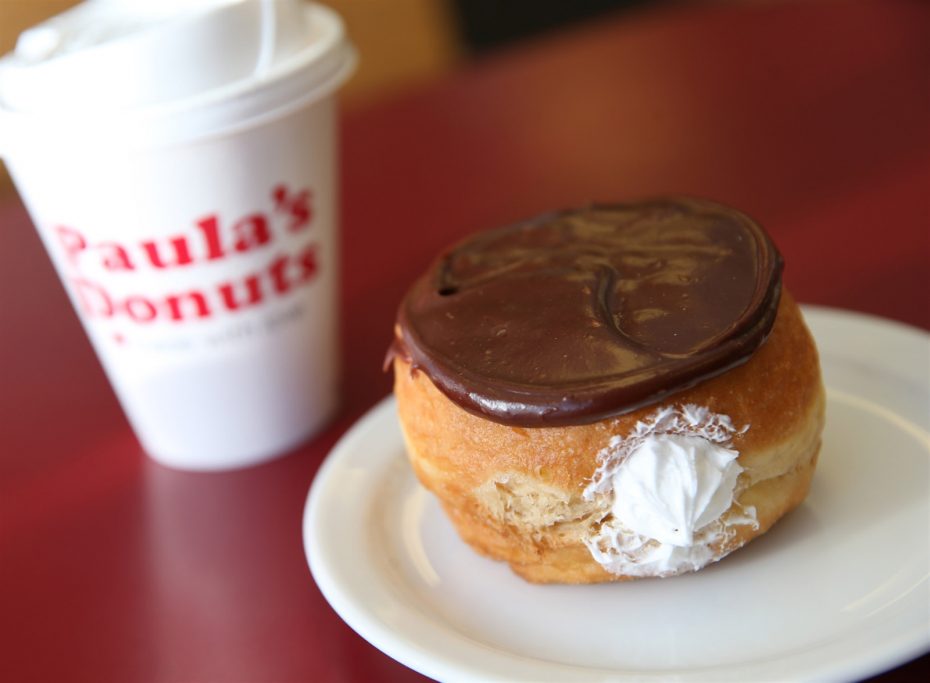 When former Buffalonians think of Western New York and what they miss, they think of Paula's Donuts.

"Paula's donuts: my favs are cheese, peanut butter, and their seasonal cherry and pumpkin spice donuts. I loved their cannoli donut for the fundraiser they had — they need to have it as a regular item!" writes @lovemecca on Instagram.

The most popular flavor, though? By far, the peanut stick.

"It’s so big it’s a two for one deal!" writes Christine Black Walsh.

Pro tip from @johnson4410 on Instagram: "Paula’s peanut sticks are killer with coffee."

The praise for Paula's went on and on. 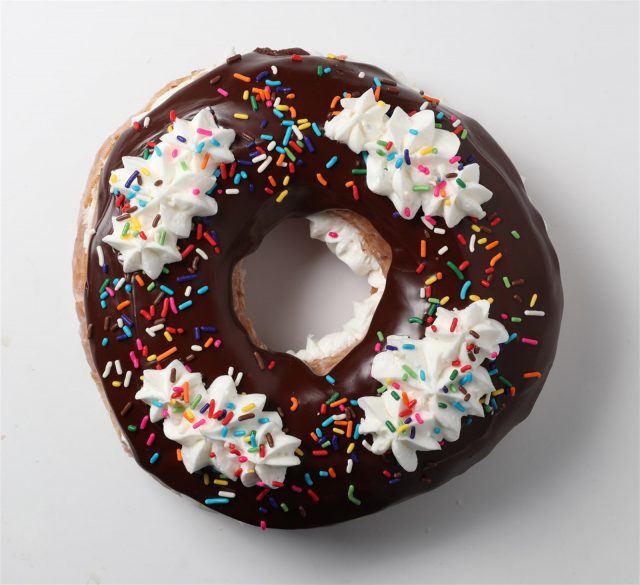 Paula's "Texas-sized" doughnut, which has to be ordered in advance. (Sharon Cantillon/News file photo)

@catalinare8008 on Instagram, Sandy O'Donnell-McNamara and Kelly Flowers like Paula's key lime, which Flowers says "oozes green stuffing, and the frosting on top is what dreams are made of."

"Paula's is the best — love the peanut cream filled, but only an occasional treat," writes Telecky.

Not everyone was willing to choose a single favorite Paula's doughnut.

"All of them," wrote Sheila Marie.

"No such thing as a favorite," wrote Gail Potter. "I love the cheese, coconut or peanut with custard, strawberry shortcake, red velvet and their carrot cake is amazing!"

[RELATED: 100 Things Every WNYer Should Do: Go to Paula's Donuts] 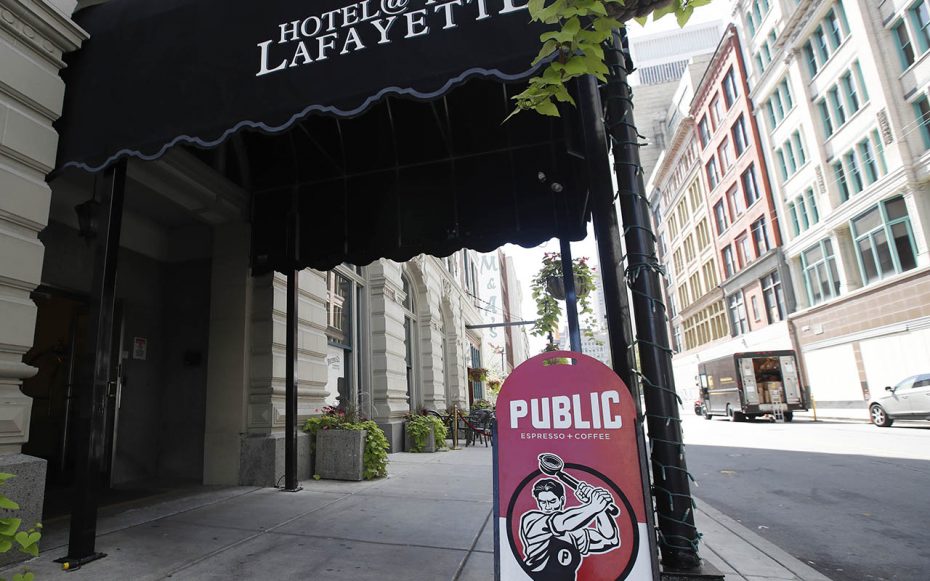 Public Espresso can be found inside the Hotel @ the Lafayette. (Sharon Cantillon/Buffalo News)

Public Espresso has some passionate fans, too.

"Clearly none of these people have had a doughnut from Public Espresso in the Lafayette Building," wrote Francesca Mai Rieman in response to other doughnut nominees.

"She only really makes two varieties. A raised vegan and a French cruller, but she makes them in a variety of flavors that change day to day," wrote Rieman. "My favorite is the cruller. It’s crisp on the outside and soft and rich with egg in the inside my fave flavor so far is the Earl Gray. Close second is orange pistachio vegan."

"@PublicEspresso is The ONLY option," @beckiandchris tweeted. "Passionfruit ALL THE WAY!"

[RELATED: Our review of what to order at Public Espresso] 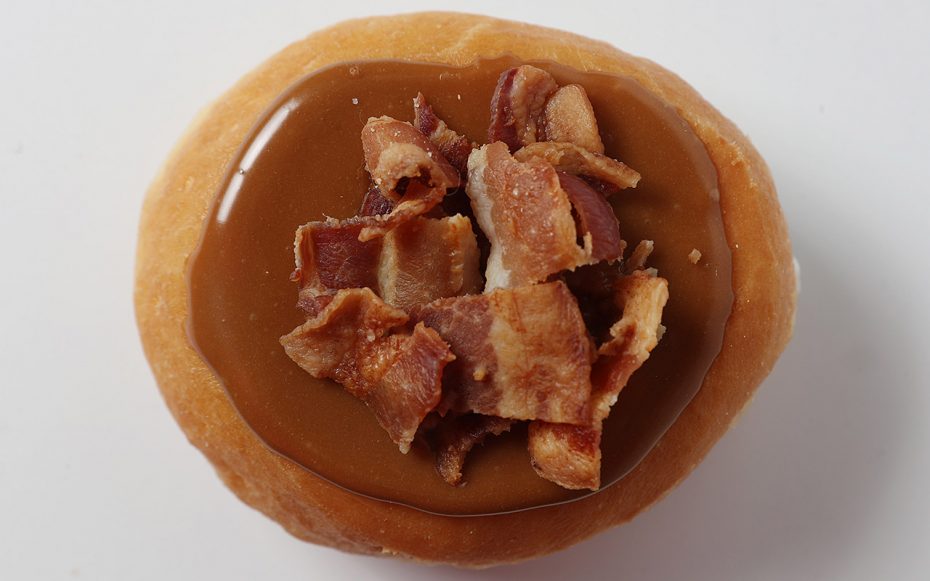 Michael Anthony Prus and Barbara Trimm Milan argue that Donut Kraze is better than Paula's and other competitors.

"Donut Kraze, perfect filling to dough ratio, and much better tasting fillings than the overrated, overstuffed Paula's Donut," Prus wrote. "Paula's does make the best peanut doughnut in the business, though." 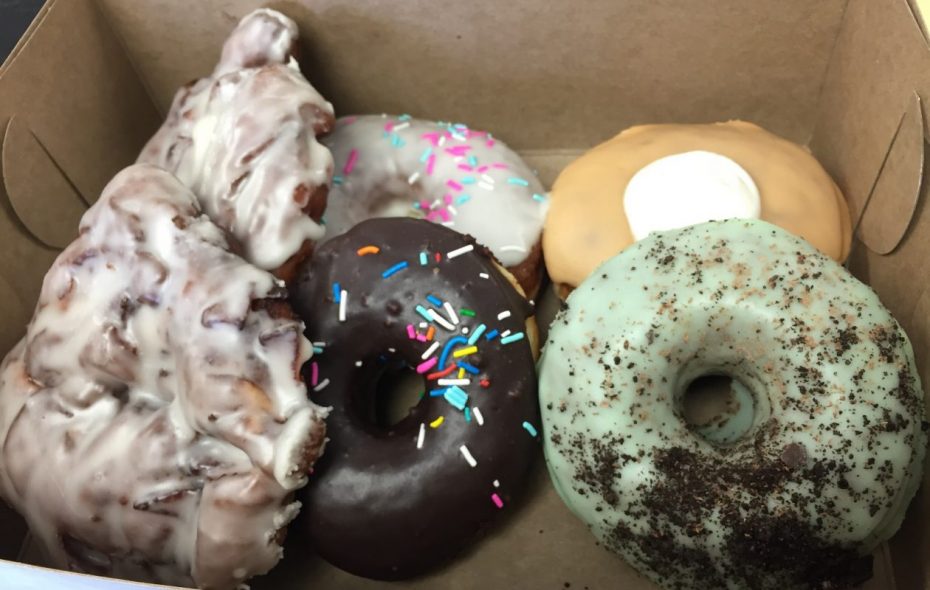 "All of them," Tonia Hart responded when pressed.

"Amazing every time," @kschwaaaa on Instagram writes regarding apple fritters. "Real apple chunks, flaky, melts in your mouth. I could eat one everyday."

"My little one with food allergies can finally have fun, delicious donuts!" @mandaglick writes about Fry Baby's dairy-free selection.

[RELATED: Fry Baby's vegan doughnuts are worth a try] 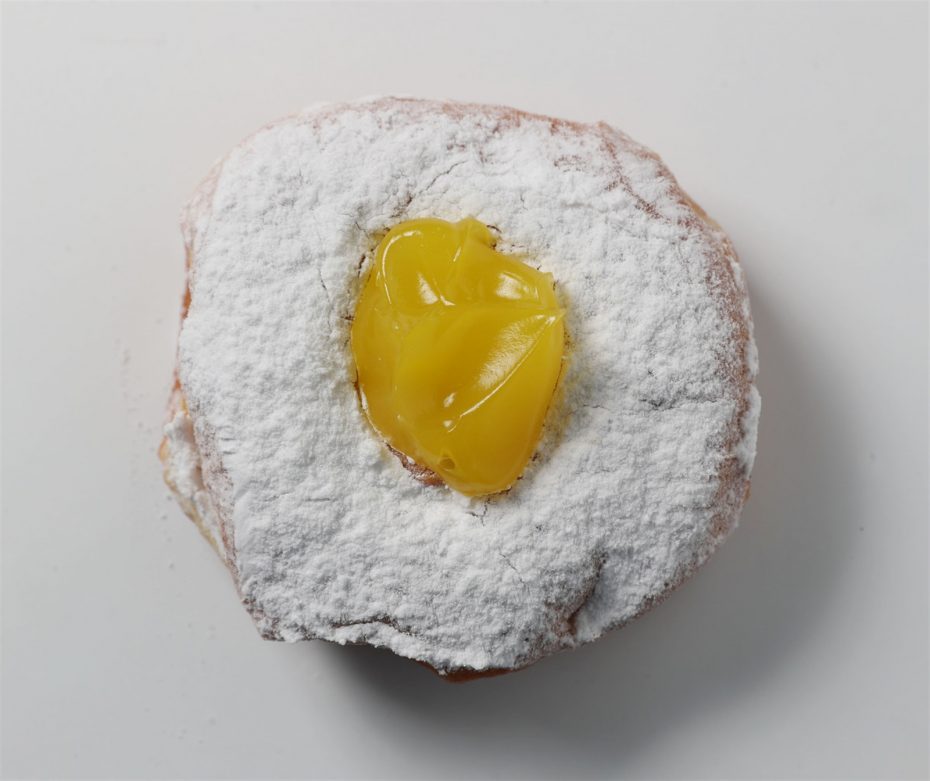 This family-run bakery has been open for more than 50 years, largely due to its loyal customer base.

"Donuts from Eileen’s in West Seneca. Absolutely the best!" writes Lois Eberhardt Kinner, whose favorites include chocolate frosted custard or the lemon.

[RELATED: Read about the history of Eileen's, a family bakery] 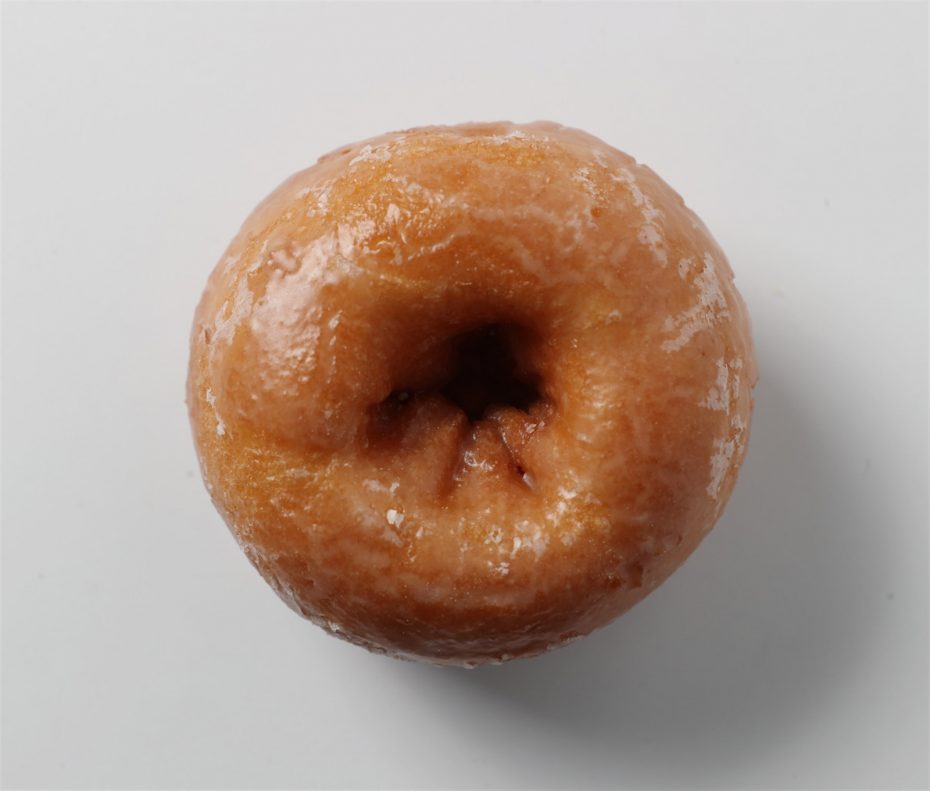 This doughnut shop, founded by Edward V. "Ted" Roehm, has been around since 1941. If you go to Famous Doughnuts, Gina Maria Littlebird recommends the glazed. 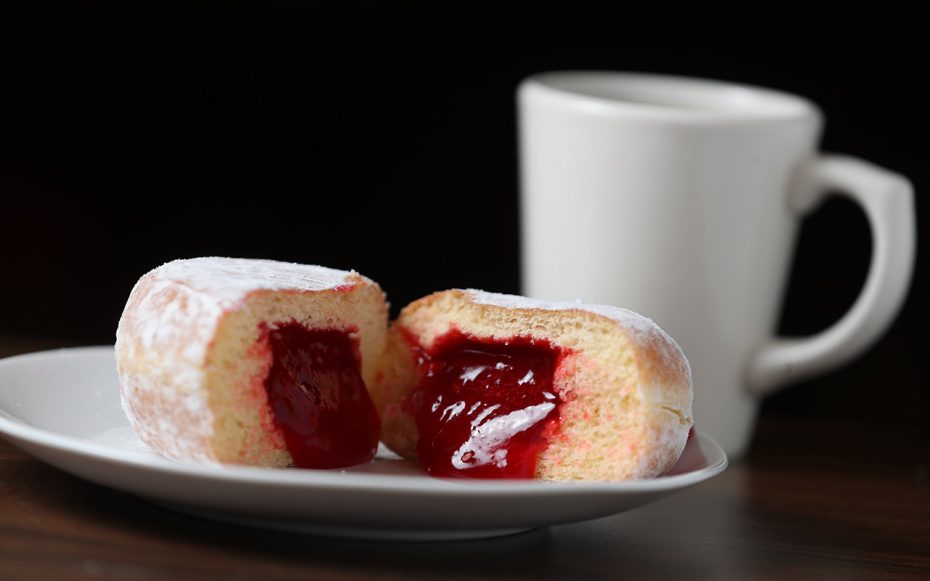 "Always fresh. Filling's not to sweet. Made on site," he wrote. "More importantly though, I think there are certain intangibles that can affect the taste of a doughnut: The welcoming neighborhood atmosphere; friendly staff; and Frankie himself is always around playing the perfect host. Moreover, the fact that you can sit at the counter and enjoy a cup of coffee while yukking it up with the regulars. It's a type of experience that seems left over from another time, sadly too hard to come by in this era."

Brandi Billiot likes the cherry doughnut, which she describes as "by far the best doughnuts I've ever had!" 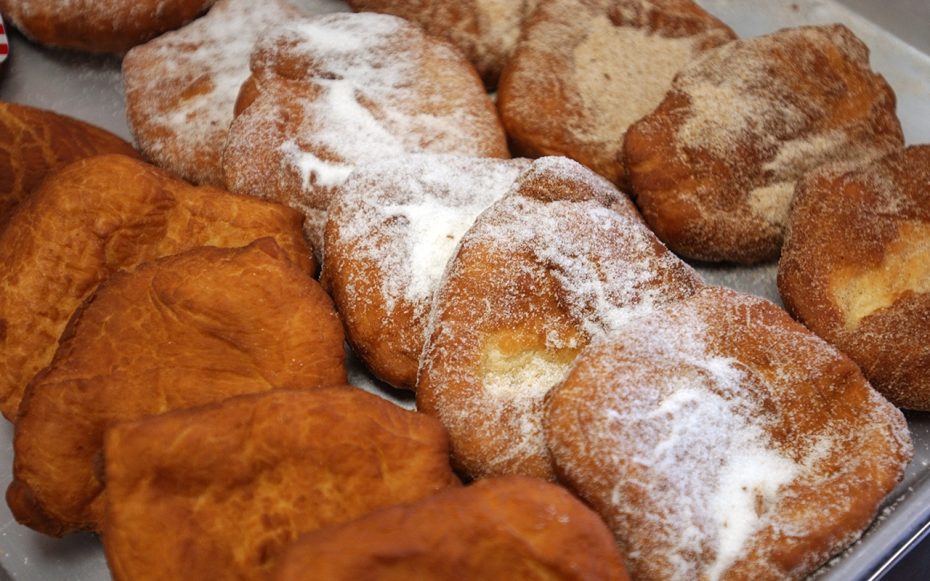 This Old First Ward bakery, which usually makes our Fat Tuesday roundups of where to get Polish paczkis, has its fans, but some readers said it's hard to nominate just one favorite.

"They are all amazing!" wrote Renee L. Crowden. "Can't ever pick just one!"

Robert J. Mahaney is a fan of Mazurek's raised doughnuts with sprinkles and fry cake doughnuts.

[RELATED: Learn more about Tyrel Reynolds and Nick Smith, who own one of the oldest bakeries in Western New York] 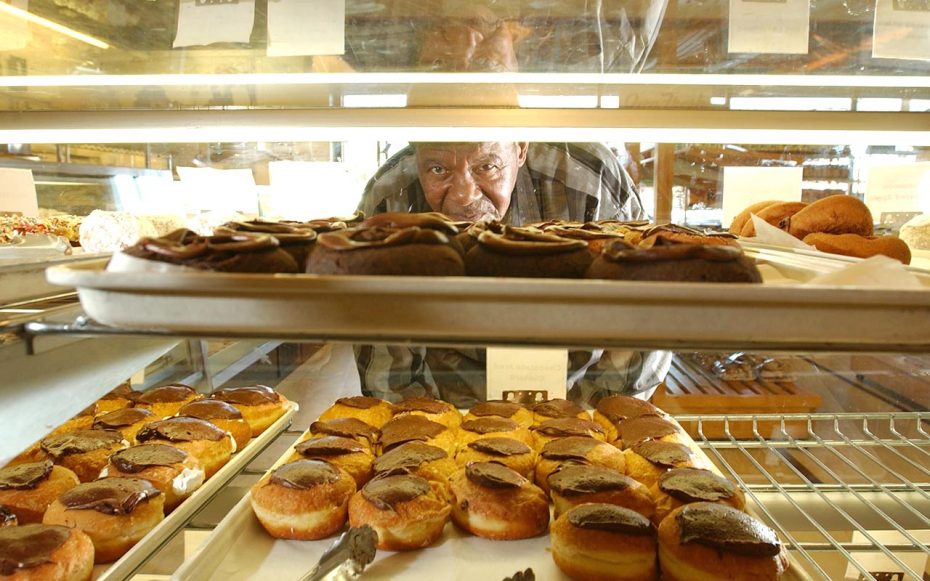 Doughnuts in the glass counter at DiCamillo's in Niagara Falls. (News file photo)

DiCamillo's, which will celebrate its 100th anniversary next year, is known for its bread, pizza, biscotti and doughnuts.

@mim.anne on Instagram likes DiCamillo's Boston cream: "The frosting is thick and the cream is abundant!" 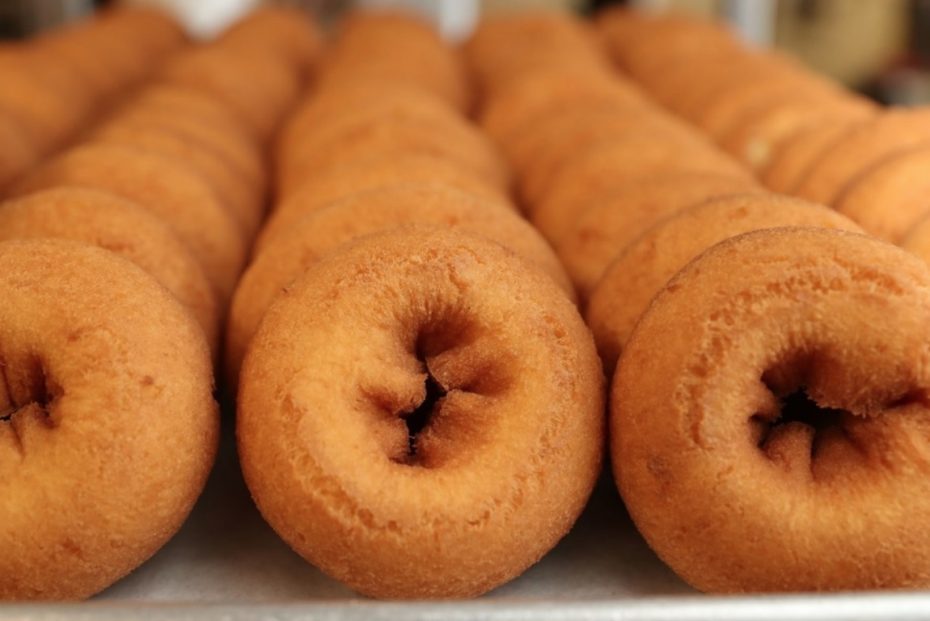 Mayer Bros. Cider Mill, which made our list of 100 things every Western New York should do at least once, may be known for their cider and apple cider slushies, but their doughnuts earned some rave reviews, too.

"Personally live for Mayer Bros. Apple Products Inc. Cider donuts," wrote Katharine Phillips. "The one with the chocolate frosting and sprinkles are my favorite!"

Luckily for fans of their doughnuts, Mayer Bros. Cider Mill isn't just a fall destination anymore. The cider mill, whose season typically runs from August until November, opened for spring for the first time this year.

[RELATED: Your guide to the full cider experience in WNY] 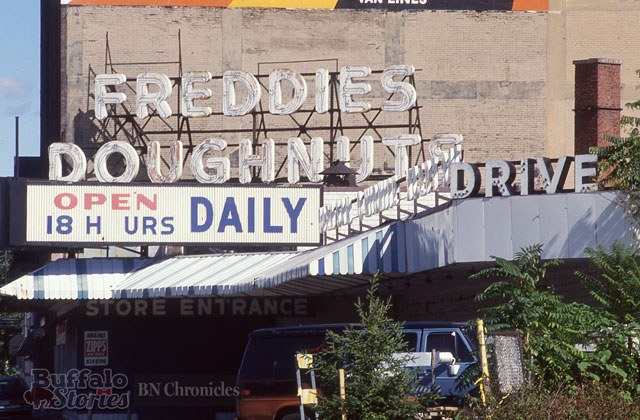 Freddies Doughnuts on Main and Michigan in Buffalo has been closed for three decades since owner Fred Maier retired in 1989, but that hasn't erased readers' fondness for it.

Freddies was among the names that came up when we asked for your favorite doughnuts.

"If Freddie’s Donuts was still open, they would be the best donuts hands down," writes @min_bhoward on Instagram.

"Nothing will ever beat Freddies," Pamela Taylor Kneis wrote.