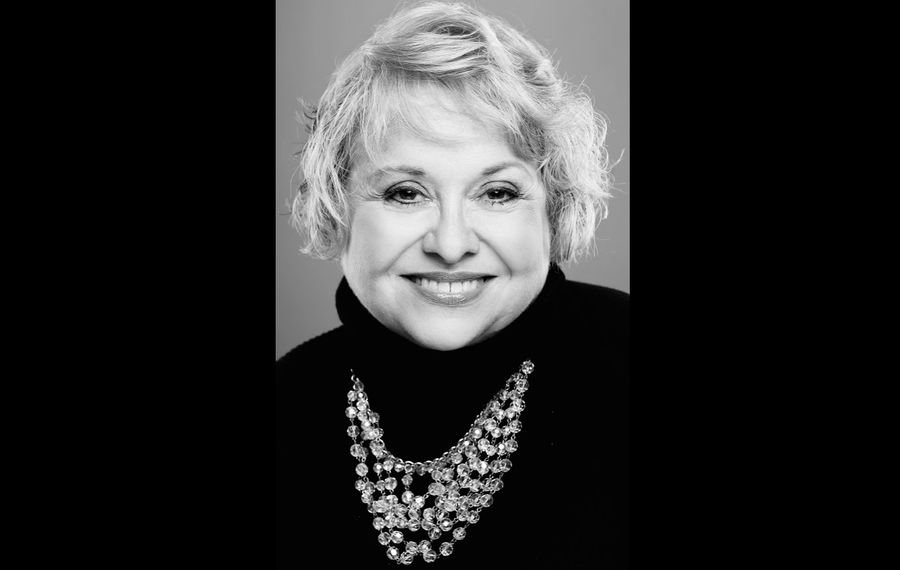 Even though she has spent her career pretending to be other people, the real Mary Kate O'Connell is as genuine as they come. Now, with a push from her O'Connell & Company colleagues, audiences are getting to see a little more of the person behind the performer in "Memories & Martinis," a cabaret show featuring MK as herself.

The lack of a liquor license at the company's home in the Park School theater means martinis are NOT being handed out with the tickets, but wine is available in the lobby and the audience is welcome -- even encouraged -- to carry a glass in with them to enjoy with the show. Memories, on the other hand, flow in abundance, starting with the birth of a diva daughter into an Irish Catholic family that already had five sons, and on through little Mary Katherine's childhood in the St. Rose of Lima parish in North Buffalo.

The format for the night's entertainment is classic cabaret but in a theater setting. O'Connell is joined onstage by Chuck Basil, on piano, and her pup, Rosy, who has a variety of roles: interested observer, dozing doggie and comic relief.

It's hard to believe this is O'Connell's first foray into cabaret since she is so well-known for both her singing and her personality, and even more surprising to learn she was unusually nervous before the opening show. She was out there almost solo less than three weeks after a successful run with the huge all-female cast of "1776," and just a few days after winning an Artie -- a buffalo theater award -- for that show.

The jitters resulted in one or two memory slips in the songs that framed her outlined but unscripted banter. That was OK. They -- along with Rosy -- helped facilitate the breakdown of the fourth wall audiences are used to in the theater setting, and nothing was more than a moment's pause.

Overall, when O'Connell swept onto the stage, surrounded by photos of past shows and with her (legal) personal martini within easy reach, she seemed right at home. She didn't miss a step upon discovering that her microphone had a mind of its own, slowly bowing down on its stand despite being firmly positioned not to. MK simply continued her patter until she found an adjustment she and the mic could live with. (Basil also had a mic placement issue at the piano when it was his turn to sing. Both glitches are certain to be gone from the get-go in future shows.)

Almost all the memories were of O'Connell's lifelong love of music and theater, starting with singing along to her family's Readers Digest record collection and early youth theater productions and including brushes with theater luminaries -- Rosemary Clooney, David Shire -- who offered encouragement. Between were songs from childhood favorites "Mary Poppins," "Peter Pan" and "The Wizard of Oz."

Things became more "real" in Part 2 of the evening, when O'Connell sang more of the songs she learned for professional roles. That's when the power of her soprano voice came through, and of her acting skills, since these numbers were performed as well as sung.

Also making it more real was a visit from Gregory Gjurich, one of several friends who will be dropping by throughout the show's run to provide anecdotes of their own about O'Connell. In other words, they will go behind her Julie Andrews-Mary Martin persona and show us the Diva's Sophie Tucker side. For openers, Gjurich told of a few backstage antics at other shows before relating with superb authenticity the joke Mary Kate told years ago that got their group thrown out of the Ground Round restaurant. (It involves leprechauns and a convent. We'll leave it at that.)

One can only wish O'Connell had been a little more willing to "dish" on the rowdier details herself.

Cabaret is a tough style to rehearse and the opening show ran a bit too long. Expect that some songs will be trimmed or rotated in and out of future performances.

Unscripted, interactive and casual, it also is a style unsuited to a rating system of  1, 2, 3 or 4 stars. Instead, based on Mary Kate O'Connell's deep roots in the theater community and the galaxy of talented friends she has accumulated along the way, consider this a chance to share an evening of song and to toast a memorable career.

Directed by Joey Bucheker. Now through June 23 at the Park School theater on the hill, 4625 Harlem Road, Snyder. Performances are 7:30 p.m. Thursday through Saturday and 2:30 p.m. Sundays. Tickets are $30 general, $25 for seniors and $15 students (oconnellandcompany.com and at the door).