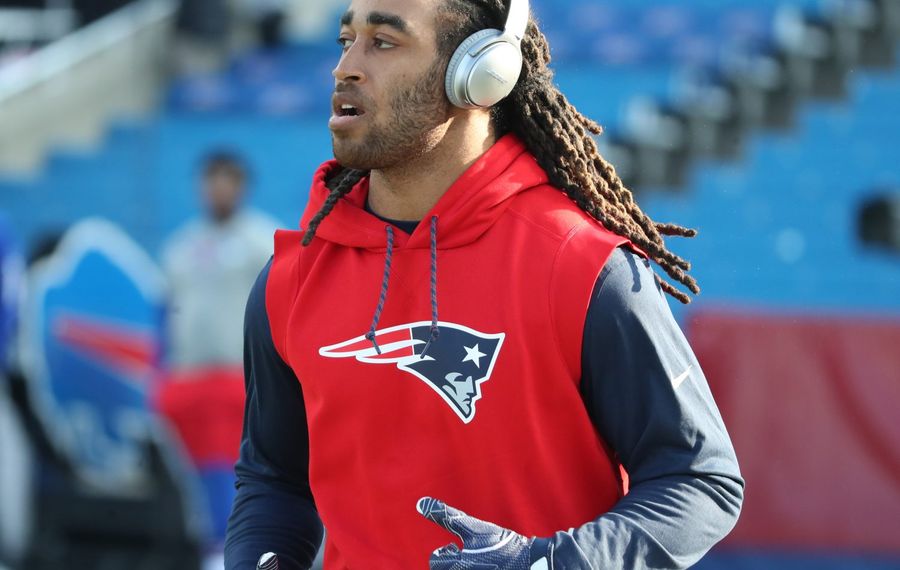 Losing Kyle Williams is going to hurt the leadership of any locker room.

The Buffalo Bills, though, look as if they should be able to withstand it. Veteran linebacker Lorenzo Alexander figures to immediately step into that role, but he’s already announced the 2019 season will be his last.

That means the Bills will be looking for another defensive player to emerge. As the middle linebacker calling out the signals, Tremaine Edmunds will have a leadership role. Another candidate, though, is safety Micah Hyde.

In the past week, Hyde has hosted his first charity softball game in Buffalo – raising $40,000 for his IMagINe for Youth Foundation, money that will be used to provide academic and athletic resources for children facing financial hardships. On Wednesday, Hyde made a visit to Crystal McQueen’s PS 97 Harvey Austin School classroom. McQueen, who was named the 2019 M&T Bank Touchdown for Teachers grand prize winner, received a $5,000 grant payable to her school or district. At his visit, Hyde matched that $5,000.

Being a leader is more than just community service but combined with Hyde’s on-field service, he looks poised for the job. Let’s get to this week’s mailbag …

Richard S. asks: Who would make your list of the top five currently active former Bills, along with rationale please?

Jay: Real talk: I had to read this question about five times, but I think I understand what Richard meant. I’m taking it as “who are the best five players currently in the NFL who at one time played for the Bills?” No. 1 on that list is New England Patriots cornerback Stephon Gilmore, who was graded as the best player at his position last season by analytics website Pro Football Focus. The second spot goes to wide receiver Robert Woods, who had a breakout season in 2018 with 86 catches for 1,219 yards and six touchdowns for the Los Angeles Rams. Those two are clearly ahead of everyone else.

Third is Chiefs receiver Sammy Watkins, even if he has never lived up to his draft status. Injuries are the main reason why, as Watkins has failed to play a full 16-game season since his rookie year in 2014. Philadelphia Eagles cornerback Ronald Darby is No. 4 on my list. Like Watkins, injuries have hampered Darby since he left Buffalo. I’ll take the easy way out and call the fifth spot a tie between Rams cornerback Nickell Robey-Coleman and San Francisco 49ers receiver Marquise Goodwin. If I’m forgetting someone obvious, hit me up on social media.

sulmeister asks: If Josh Allen’s completion percentage was similar to college, but in college he was throwing against poor college teams – does that mean he has already proven some critics wrong just by running the same stats on the basis he is now throwing against Jalen Ramsey, Xavien Howard, etc.?

Jay: No, because even though the defenses are better, so is Allen’s offense. He was not surrounded by pro-level players at Wyoming, and even though the Bills’ collection of wide receivers and offensive line last year were uninspiring, they were better than what Allen worked with previously. The easiest way for Allen’s completion percentage to improve is to give him some easier throws. The Bills’ screen game was virtually nonexistent last year because the offensive line wasn’t athletic enough to get out and block on those plays. Now that the line has been reconstructed, that figures to be a bigger part of the offensive game plan this year.

Cliff Tremblay asks: You said if Allen throws 26 touchdowns this season, they should have a parade down Delaware Avenue. Still feel that way?

Jay: OK, maybe not a parade down Delaware. How about a lawn fete in Blasdell? Seriously, though, if Allen increases his touchdown passes from 10 as a rookie, which was tied for 32nd in the league, to 26 in his second year, that would be a massive improvement. Last year, Houston’s Deshaun Watson threw 26 touchdown passes, which ranked 12th. If Allen were to jump into the top dozen, the offense will be greatly improved – and there will be legitimate optimism that the Bills have finally found their guy at quarterback.

Jerry Maciejewski asks: With all the offensive linemen that were signed/drafted, do you think Dion Dawkins could be traded? I don’t see him starting at tackle.

Jay: I wouldn’t rule it out entirely, but don’t consider it likely. The Bills traded up into the second round for Dawkins in 2018. It makes sense to give him every opportunity to show that was the right move. I expect he’ll enter training camp as the starter at left tackle. If his poor performance or someone else’s good showing necessitates a change, a trade could be a possibility. At that point, though, what would his trade value be? Every other team will have known he lost his starting role. The hope has to be that Dawkins rebounds from a rocky second season, because missing on second-round draft picks is tough on a franchise.

Eli Padilla asks: Will Cody Ford be a starter in Week 1?

Jay: Good question, and one that ties into Dawkins’ status. The Bills have said Ford is going to begin at right tackle, meaning they don’t plan on shifting him to guard – which some draft analysts speculated would be his NFL position – at least at the moment. Remember last year at this time, the Bills had Allen running the third team. However, they also put cornerback Tre’Davious White and linebacker Tremaine Edmunds in the starting lineup right away, so it’s not as if there is some unwritten rule that a rookie can’t start early in his career. The addition of veterans Ty Nsekhe and LaAdrian Waddle mean the Bills have veteran options if Dawkins and/or Ford aren’t ready. Again, though, the best-case scenario is that the two young players take the jobs. I’ll say that Ford will be a Week 1 starter – anything less as a top-40 draft pick will be somewhat disappointing.

Brendan Sweet asks: Have you heard any rumblings about offers for LeSean McCoy? I feel that the Bills are saying they are going to keep him to drive up the return. Also, way-too-early U.S. Open and British Open predictions?

Jay: All has been quiet in regards to McCoy, and I expect that to continue until at least training camp. I could see trade rumors picking up again if another team suffers an injury at the position, but for now, we should take the Bills at their word that McCoy factors heavily into the 2019 plans. I don’t disagree, though, that a deal for McCoy – if the price is right – is something that should be considered. The Bills could get by with Frank Gore, T.J. Yeldon and Devin Singletary at running back in 2019.

As for the U.S. Open, the sentimental pick is Phil Mickelson. This is his last, best chance to win the career grand slam, on a course he won on in February. My pick, though, is Dustin Johnson. He couldn’t close it out the last time the Open was at Pebble Beach, but he did at Oakmont a few years ago. Johnson is made to win multiple U.S. Opens.

As for the British, I’ll make the homer pick of Rory McIlroy with the event being played at Royal Portrush in Northern Ireland.

Charles Palmer asks: Do you think Trent Murphy, now being in his second season since ACL knee surgery, will have a big year in sacks?

Jay: Even before his injury, Murphy’s previous single-season best in sacks was nine. Only once in his four NFL seasons has he put up close to that many, not topping four in any other year. So, no, I don’t expect Murphy to suddenly start putting up double digits in sacks. That’s not to say he can’t or won’t improve on what he did last season – he should. If he doubles his sack total and gets to eight, that would be a big boost for the defense.

McHale asks: Is a hot dog considered a sandwich?

Jay: Quite frankly, I’m surprised it took this long to get this question in the mailbag. The correct answer to this question is no. A hot dog is its own entity. No person on earth would bring you a hot dog if someone said “I could go for a sandwich right now.” Thanks for all the questions this week!