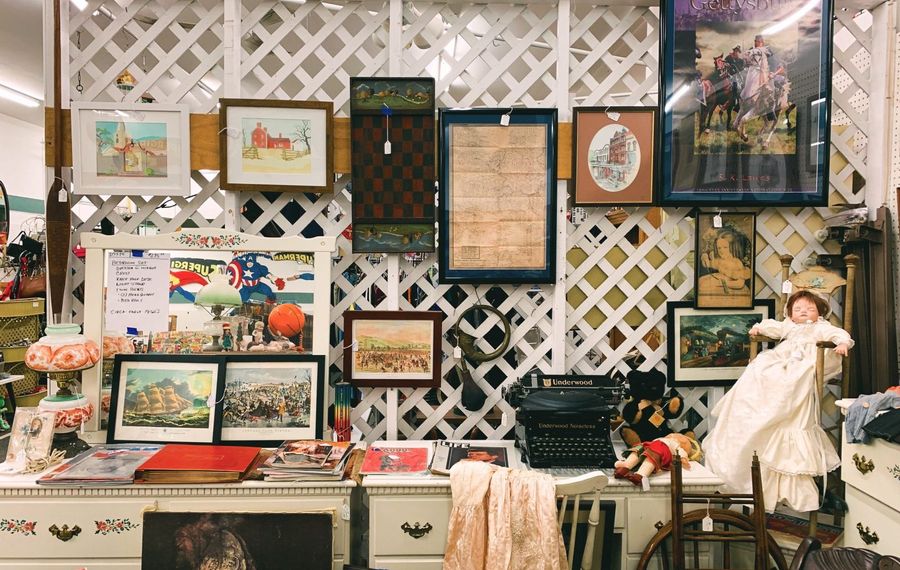 As a kid, I spent many Saturday mornings driving down empty roads, hopping out of my dad’s mini-van for garage sale after garage sale. The sales were always on random lawns, inside garages decorated with one too many bikini girl beer signs, inside musty houses and dusty barns. I would sneeze and cough and ask how much this teacup costs, then turn around and ask my dad if he could buy me this teacup. It was one of my favorite rituals.

My dad may have enough patience to drive around all morning and wait for a neon green garage sale sign to appear but I didn’t inherit that patience, so instead I’ll visit a place with all of the garage sales in one consolidated area; it’s the Wal-Mart of garage sales, except it’s also the anti-Wal-Mart.

I recently drove down Main Street to Clarence's Antique World for the first time. It was a Friday morning, so only the indoor market was open. The outdoor booths, tables and storage units are mostly open only on the weekends. Inside the market were antique booths and shelving full of tchotchkes.

After taking some money out of the ATM (the place is mostly cash-only), I drank in all of the old stuff as time passed by. My phone didn't have service inside the market, so no vibrations or dings interrupted my time. When I left, it was 90 minutes later and I had missed some calls, but I did come away with one weird item: a canary yellow, suede welder’s jacket that smells vaguely of gasoline and a garage, so it was all worth it. I also snapped some photos of cat memorabilia, creepy baby dolls and political signs; playing I SPY with the bizarre junk is arguably one of the biggest highlights of the whole market.

Essentially, Antique World is a museum of modern middle-class American life in the 20th century, but better, because everything is for sale and mostly everything is cheap.

Interesting and weird are two words one might use to describe Antique World. (Francesca Bond/Buffalo News)

There used to be two mammoth markets close to the city for lovers of old things, but when Cheektowaga's Super Flea closed in 2014 after 43 years of business, Antique World became the closest antique venue on this scale. (On Wednesdays, Gentners Commission Market in Springville holds a large auction and market.)

Bright and early on a recent Sunday morning, I returned to the flea market on its busiest day of the week. Sunday is the day to go and early (vendors usually set up by 8 a.m.) is the time to go.

You'll want to block out a whole morning.

The excitement of secondhand shopping is wrapped up in the possibility of finding something good and guarantee of at least finding something interesting. Among the long list of things you can find here are vintage clothing, antique furniture, china sets, records, art and jewelry. I saw Amish romance novels and VHS tapes and a Buffalo News newspaper cart.

A vendor sold old postcards with personal love notes scribbled on them, written sometime in the middle of last century, now published inside a flea market booth. They sat on tables next to lace doilies and bejeweled clip-on earrings.

Some vendors sell from their trucks with tables set up outside and goods strewn around the grass; others sell out of a storage unit. Tents and tables take up the rest of the space.

Booths stretch on for a long time, winding around the storage units and buildings. (I'm not even convinced I saw them all.)

On the first and third Sundays of the month, the World’s Largest Garage Sale takes over the market, flooding the already saturated scene with even more items. Anyone can sell at the garage sale for a small fee.

Inside the market, a small kitchen whips up standard hot dog stand-style food, such as bacon cheeseburgers, hot dogs and fried bologna. Outside, purchase just-popped kettle corn. Wash it all down with a Loganberry.

Wear clothing that fits under other clothing easily, as trying on clothes is difficult but not impossible. There is a slightly alarming large locker room with an old shower in it behind the women’s bathroom, but other than that, you’re out of luck.

Bring cash (including small bills for $1 parking, knick-knacks and bargaining), tote bags and a friend to provide input on which items are cool and which are perhaps too offbeat. Between vendors, there isn't much shade, so a hat and sunglasses (à la Audrey Hepburn) are recommended. 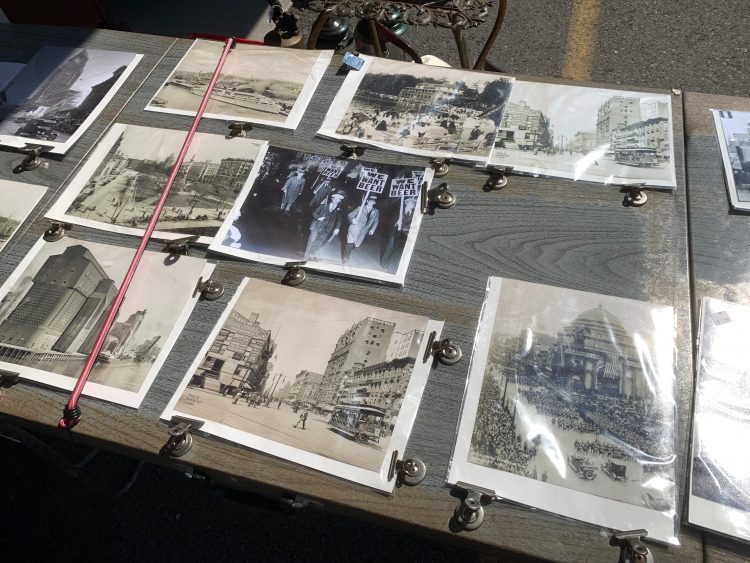 The people are characters. One couple who sold jewelry and baubles overheard a conversation between my friend and me about relationships and weighed in. (They have been married to each other for 50 years.)

“Don’t drink, don’t smoke, marry a younger woman and never say no," the man said, then his wife gave her own advice. “Don’t hear too much, don’t see too much."

That same advice doesn't apply to Antique World, which is an overwhelming sensory experience in which listening and especially looking are crucial to finding something good, though perhaps the same in life and love.