Umpires Chris Hope and Doug Zavodny noticed an unusual level of excitement once they arrived at the Johnnie B. Wiley Field in Buffalo. Professional baseball scouts had gathered behind the backstop, leaving the umps curious about what might be going on.

With a little time to kill before the first pitch in a game last month between McKinley High School and City Honors, the umps wandered toward Alex Johnson — a 6-foot-6 right-hander who can bring some 90 mph heat — to ask the McKinley senior what the hubbub was about.

Johnson, 18, paused from warming up. He is a thoughtful kid who always makes a point of introducing himself to the umpires. With a quick glance toward the scouts, he explained the situation.

From what Johnson had been told, he had a chance of becoming the first player to ever be chosen in the Major League Baseball draft, out of McKinley.

The umpires smiled, then offered a surprise.

It just so happened, Hope replied, that the guy to his left was drafted out of McKinley, too.

For Johnson and Zavodny, it was an astounding and beautiful moment of fate. In 1972, Zavodny — an All-Western New York outfielder at McKinley — was taken in the 38th round by the Pittsburgh Pirates, the defending World Series champions. Zavodny’s stepfather, however, had some reservations.

He was worried the kid was too inexperienced, that he would be overwhelmed on the road, that it might damage his prospects for general success as a young man. He refused to give his approval. Zavodny, who still keeps the letter from the Pirates in a frame, took a different trail through life. 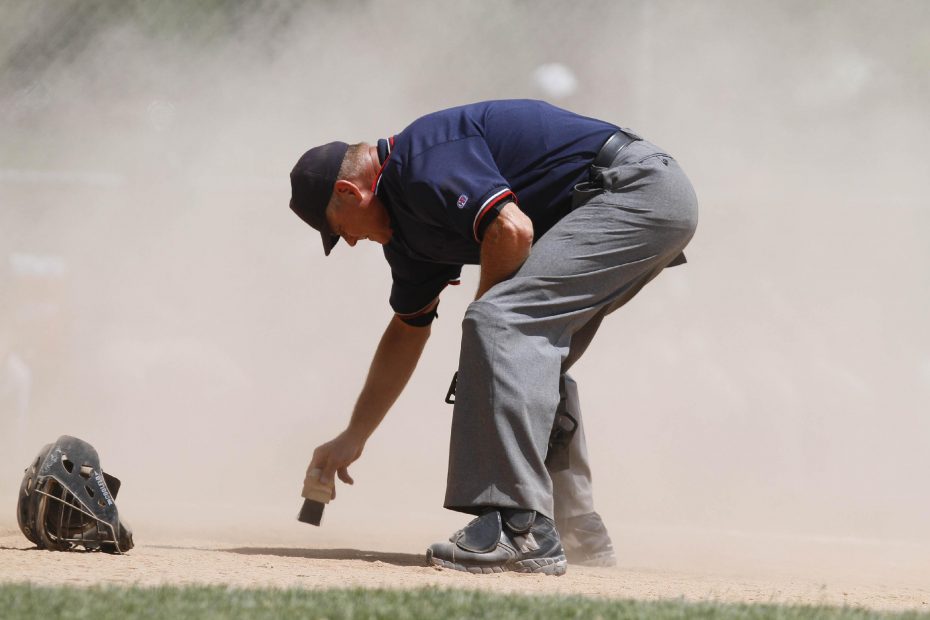 All of that, in a lightning flash, came together as the umpires stood last month with this young pitcher on a field built atop the ruins of the old War Memorial Stadium, a place where Zavodny, now 64, played some amateur ball on a quirky outfield that once fell within a stadium that could hold more than 40,000.

While their birthdays are 46 years apart, many qualities link Zavodny and the young pitcher. Johnson's hope came true a few days ago: He was selected in the 36th round of the draft by the Cincinnati Reds, leaving him to face similar decisions about whether his immediate future involves a contract or college.

As for Zavodny, he grew up playing baseball in the 1960s with his buddies at Roosevelt Park, at a time when pickup baseball still ruled many American parks in the summer. The children would play 4-on-4, closing off one field as an automatic out “until your mother had to come and get you in the dark,”  Zavodny said.

While Johnson's version of that pickup game was called "pitcher's paradise" at Shoshone Park, he embraced the sport in a different era. For a multitude of reasons, baseball gradually lost ground in the city.

Johnson found his way to it once John Seitz, a police lieutenant and a youth coach, noticed  Cameron Mack, Johnson's older brother, admiring some gloves and bats years ago, during a youth league game at Shoshone. Mack and his mother, Veronica Foster, were walking past, on their way to football practice.

Seitz, who remains close to the family, asked Mack if he wanted to sign up for baseball. Mack did, meaning the same would soon be true for the little brother his family called "Gator," after "Alex the Alligator" in a favorite childhood book.

“I remember when Gator was a tough little kid, riding around on a skateboard, and we said, ‘We’ve got to get him playing,' ” Seitz recalled.

Johnson took up the sport at a time when he much preferred basketball and football. Even so, when he asked his mother if he could quit baseball early in grade school, she ordered him to stick with it, wanting him to accept the meaning of a commitment.

“I had to learn to be very, very, very patient,” Johnson said of a game with a much slower flavor and pace until, in an almost mystical way, his outlook changed. He began to see how preparing for each pitch was akin to a chess move, involving complicated options. At that moment, baseball became fascinating, a source of joy. 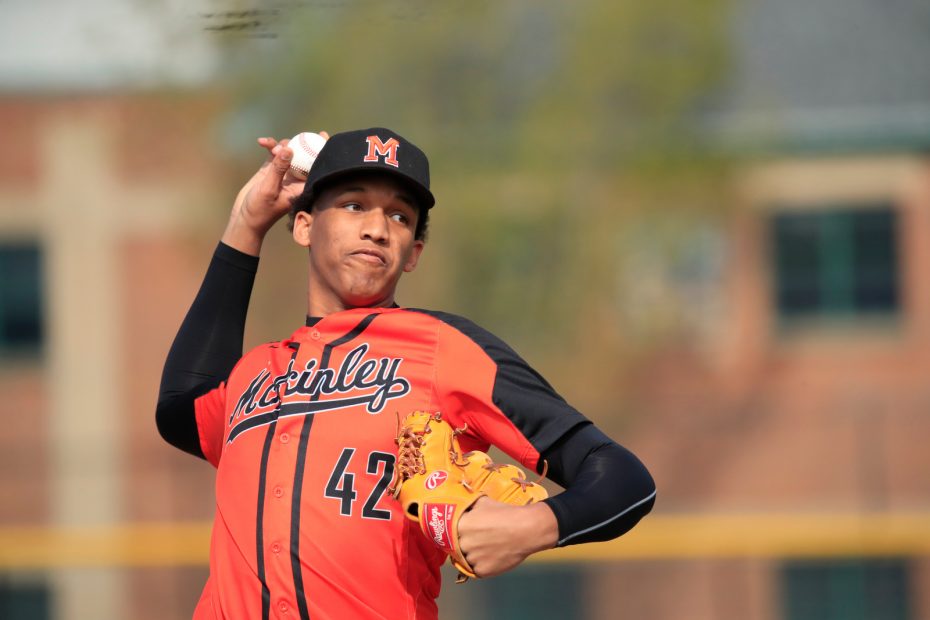 While Foster speaks with gratitude of the many coaches and mentors who looked out for her sons, Seitz and McKinley principal Mark Abraham say her intense commitment made the difference. "She's a very strong person, a wonderful lady who was always there," Seitz said.

Zavodny can fully appreciate that journey. He was also born to a single mom. While his mother remarried when Zavodny was young, he moved so many times as a child it was hard to settle in at any place. At an early age, he discovered he was a natural athlete with a burning will to win, and that passion helped him forge his own identity.

Like Johnson, he credits the many coaches and educators who stepped in to help at critical pivots in his life. Once they gave him the chance, his abilities took over. In high school, as a catcher and outfielder, he had such speed that he was never thrown out - not once - stealing second.

After batting .450 as a senior at McKinley, he was selected in the same professional draft as LaSalle High School’s Rick Manning, who played for years in the big leagues, and Duke McGuire of the University at Buffalo, who went on to play in the minor leagues and now serves as a radio analyst for Bisons games.

While Zavodny wanted to give the minors a shot, he had to accept his stepfather’s decision. He played baseball for a couple of seasons at UB before going to work, which led to a job in the water and sewer department in the Town of Tonawanda.

That position, with steady pay and a pension, turned into a career that allowed him to play for years in top-level adult baseball leagues throughout the region. Zavodny, inducted into the Western New York Baseball Hall of Fame, was also a fiercely skilled basketball player who established himself as a basketball and soccer official, but especially as an umpire.

“He’s one of the best we’ve got,” said Hope, a longtime ump who often works alongside Zavodny. “He can do softball, hardball, he’s working the playoffs. He’s consistent in his strike zone and well-respected by the coaches. Everyone wants him.” 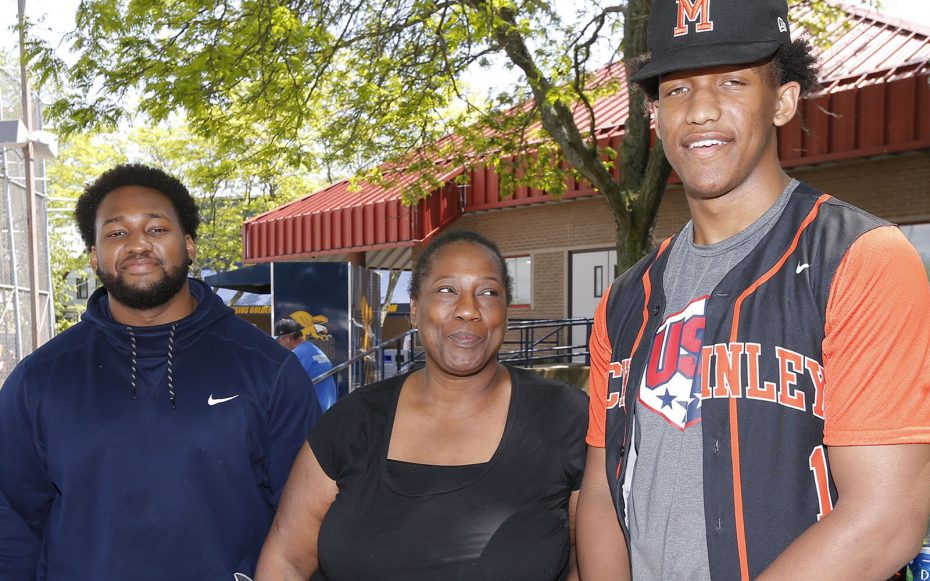 Out of childhood uncertainty, Zavodny built a rewarding life. He and his wife Pamela Ann have been married for 25 years. He played ball well into his 50s and still loves to umpire. In that sense, he can discuss Johnson's impending decision from many perspectives — including the one seen through a mask, behind the plate.

Of the choices Johnson faces in the near future, Zavodny's advice is simple: He should listen carefully to the voices he trusts most, and it would be wise to pick the direction, at 18, that guarantees the most support.

Thursday, before Zavodny umpired the Georgetown Cup championship game at Canisius College between St. Mary’s of Lancaster and St. Joseph’s Collegiate Institute, he paused for a quick photo with Johnson, outside the fence.

"I told you I'd see you again," said Zavodny, who brought Johnson a new McKinley cap as a gift. They shook hands and Johnson offered his thanks, and then — once Zavodny went back to work — the young pitcher spoke of the power of these moments in his life.

Johnson is weighing all the advice from people he respects. The most important thing, he said, is choosing a path that "creates a better person."

He made that point with intense awareness of the many teens trying to succeed despite backgrounds of difficulty, and often pain. He said the key is looking at the future almost clinically, to directly confront the unknowns that frighten you and to “understand what you went through as a way of understanding where you want to get to.”

In other words, at 18, his vision far exceeds his years. By a touch of fate, he also had the chance to hear from Doug Zavodny, the last player from McKinley to go through the same thing, a guy who always wonders just a little what might have happened if he gave the pro game a try, more than 45 years ago.

That is a question for which he will never have a true response.

Still, if you measure out his life by comparing results and obstacles, the answer is clear. Zavodny, in the ways that matter, built a major league career — which, however it happens, is exactly what he wishes for The Gator.