Ko-Ed Candies has been a South Buffalo staple since 1947. Even after longtime owners Gary and Sandy Whitt retired and fellow chocolatier Platter's took over the business four years ago, Ko-Ed's sponge candy and other sweets have remained rabidly popular.

Chocolate lovers will now have greater opportunity to take advantage of Ko-Ed Candies, at 285 Abbott Road, which will now remain open year-round for the first time instead of closing from roughly Mother's Day to Oct. 1.

John DiGuiseppe, Platter's vice president of business development, said the extended calendar is more for gifts. While business typically heats up around Christmas, Valentine's Day and Mother's Day, he explained that expats have sponge candy withdrawal and will often encourage visitors to bring a box as a gift. The online store will now be open year-round, too, and ships across the United States. 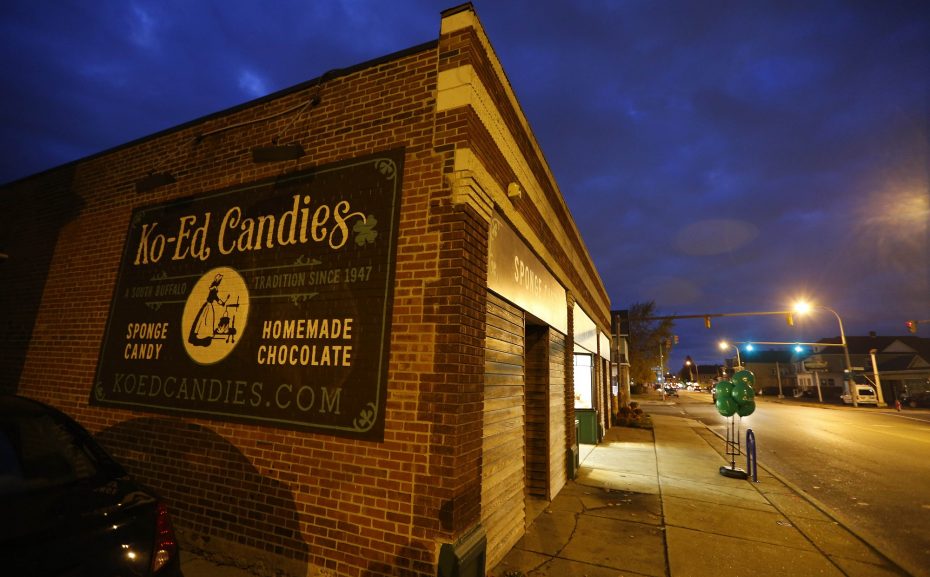 Platter's understood Ko-Ed's value and nostalgia in South Buffalo, changing very little because customers didn't want it to change. The Ko-Ed Candies' website notes how the Whitts helped facilitate the transition to new ownership; the recipes and staff remained largely the same.

Again, careful not to mess with the tradition that won Ko-Ed loyal customers, the shop will still host a closing sale, largely to move inventory, and then hold an opening sale again Oct. 1 – even though the business will remain open through that span.

Previously, Ko-Ed's sponge candy could not be crafted in the summer due to warm temperatures affecting the recipe, but when Platter's moved into its new digs in the Wurlitzer Building in North Tonawanda three years ago, the new site permitted a temperature-controlled system to overcome outside conditions.

Nicole Amrhein, the manager at Ko-Ed Candies and DiGuiseppe's niece, said the South Buffalo shop's baker cooks the toffee-like inside of the sponge candy at Ko-Ed. It is then sent to North Tonawanda for the meticulous chocolate coating process, then returned to Abbott Road for retail. When fall arrives, the entire sponge candy production will move back to Ko-Ed.

The longer season of operation also means new products for Ko-Ed, including Sponge Fries – or sponge candy shaped like french fries – as well as gummies, hard candy and suckers and sugar waffles from Crystal Beach.