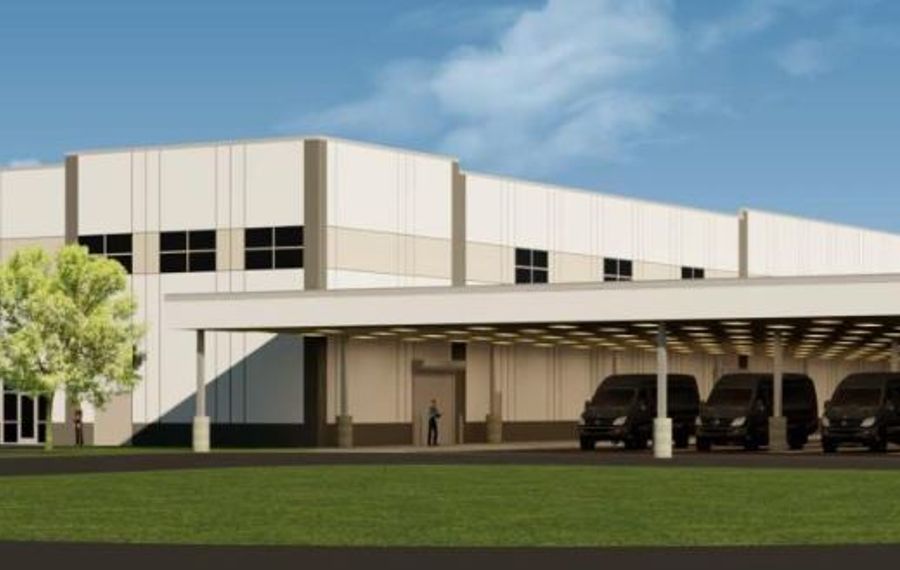 A $25 million warehouse and distribution facility for a Fortune 100 company received the go-ahead from Town of Tonawanda officials without public disclosure of the tenant's true identity.

The town Planning Board on Wednesday approved the final site plan, and found the project wouldn't harm the environment, under the code name "Project Bruno."

The one-story, 117,000-square-foot building, including office space, would go on 24 acres within the Riverview Solar Technology Park, at 5201 River Road.

TM Montante said in a filing with the town that the unnamed company selected the Riverview property after assessing numerous area sites. The tenant wants work to start next month and finish in July 2020.

"Although aggressive, this timeline is critical to the company and securing this significant economic development project for the town," TM Montante wrote.

The site now is vacant, wooded land in the solar park.

A covered staging area for vehicle loading would go on the west side of the building, which would be surrounded by 580 parking spaces for workers and delivery vans.

Byron DeLuke, TM Montante's director of development, told the Planning Board the tenant expects to hire a couple hundred employees.

Board members questioned DeLuke and attorney Adam Walters about traffic levels, road and public transportation access, walkability and other issues before approving the project.

James Hartz, director of planning and development for the town, said before Wednesday's meeting that he first met with TM Montante representatives in March.

He said no one's told him the project is for Amazon, but he understands why the company liked this site.

"I think the main element for them is time," Hartz said. "So it's the fact that it's a shovel-ready site, that they have room to expand in the future and that they're connected, plugged in to the regional interstate."

The company already has a sortation facility in Lancaster and is eyeing another property on Grand Island for a larger warehouse and distribution facility, another source told The News.

Amazon would not comment on its plans last month.

The online retailer is pushing to expand its network of distribution centers across the country to speed up delivery times for its Prime customers.