For 40 years, WIVB chief photographer Mike Mombrea Jr. used his camera to become quite the storyteller.

But Mombrea Jr., 65, who retired two weeks ago, is quite a storyteller without a camera in his hands, too.

His audition story was priceless.

A young Mombrea had tired of attending college classes and decided to follow his father, former Channel 4 photojournalist Mike Mombrea Sr., into the field.

However, he thought it could be awkward to work at the same station as his father because some staffers might have felt his dad’s influence got him the job.

So in the summer of 1977, he shot an audition film at WKBW (Channel 7).  The station gave him a 100-foot roll of film – the equivalent of three minutes – and told him to shoot two stories of his choice on a 90-degree day in August. Dressed in a shirt and tie, he headed for Fantasy Island on Grand Island and took a brief stop at Beaver Island State Park to catch some sunbathers.

“I spot these two girls riding horses in the water, which was really cool,” Mombrea said. “I took my shoes off and put my wallet in it and I walked out up to my neck in the water. I turned my camera to slow motion, which is shooting higher frame rate. I got these horses running toward the camera in slow motion. I couldn't have asked for a better opportunity.”

“But when I came out of the water, my pants were so cheap that the seams on both legs opened off. I don't know how that happened. … So my legs are all exposed here and I'm standing on the beach like a dummy.”

The “dummy” was hired, starting a legendary behind-the-scenes career that included joining his father in the Buffalo Broadcasters Hall of Fame.

He retired at the end of the May sweeps and received a loving send-off in a lengthy Channel 4 story usually reserved for anchors and star reporters leaving the business. The celebration also included Mayor Byron Brown proclaiming it Mike Mombrea Day. 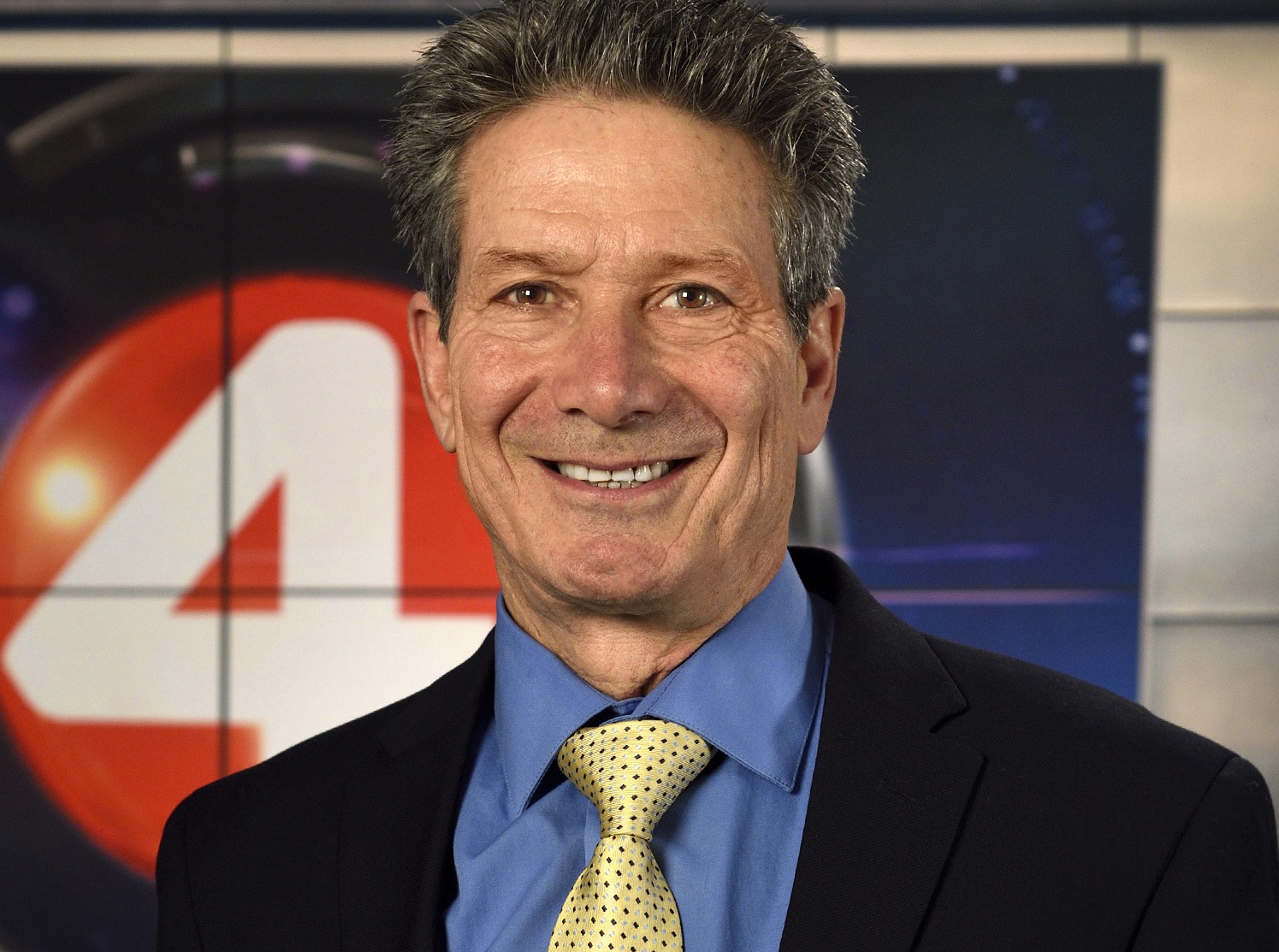 Some viewers might have asked “Mike Who?” the day of Mayor Brown’s proclamation, but his better-known colleagues credit him for enhancing the stories they covered.

Mombrea credited Channel 7 photographers for taking him under their wing because of his father’s great reputation and added that they made sure he progressed properly.

“They showed me all the tricks,” Mombrea said.

He stayed at Channel 7 for about a year before joining his father – who led by example and not with words — at Channel 4. Over his 40 years, he traveled the world to cover historical stories with Channel 4 reporter Rich Newberg and worked on important stories with reporter Luke Moretti, co-anchors Jacquie Walker and Don Postles and other Channel 4 veterans.

Walker said working with Mombrea on a report was considered a privilege because he would elevate a reporter’s work.

“Mike has the ‘eye,’ ” Walker wrote. “It’s the ability for a photographer to look at the same scene everyone else is seeing, and yet capture it in his camera on a different level. It may be more beautiful, more interesting, or more intense, but it is definitely better. Why was Pavarotti considered special among tenors when they were all singing the same music?

“He represents the best in broadcast journalism — accuracy, fairness, integrity and excellence. I will miss everything he brought to News 4 – along with a lot of really bad jokes!”

“He always approached his subjects with dignity and respect and with an open heart and an open mind,” Newberg wrote. “He had the unique gift of an artist in his ability to capture the human spirit through the lens of the camera.”

“Anyone who’s worked with Mike knows that they are better because of it,” Moretti wrote. “His enthusiasm for storytelling was contagious, even when it involved some of the most mundane subjects. His level of artistry, driven by a desire to show the human side of a story, is a rare commodity in today’s television news world. The way he weaves together pictures, sound and words is truly magical."

Mombrea said working on a story with former Channel 4 reporter Sandy White about an Amherst mother whose son died of spinal meningitis was one of his biggest influences.

“Something dawned on me at that moment that this is real life,” he recalled. “It's not about my skills as a photographer, it's about people's stories, and real life. That totally changed my attitude about how I approached stories. I realized every day you're dealing with these people, and they are baring their souls to you, and you have to respect that. So I had a newfound respect for that. It's never really changed since that point.”

That epiphany led him to stay in a business he only planned to be in for about a year before doing something else.

“Not only for the sake of the people's stories I was telling, but for my own sake of the experience,” Mombrea said. “I grew a lot from learning about other people's successes and failures. It's such privilege to do that kind of thing. ... Showing people showing four fingers up is stupid, but I know it's important for them be on TV, so I want to even do that right. That’s my attitude.”

His bond with Newberg began even before Mombrea started working at Channel 4. When Mombrea was at the station for an audition, Newberg sang his praises.

“Rich was so enthusiastic, and he's telling the news director, ‘You gotta hire him,’” Mombrea recalled. “When I started working, initially, I didn't plan on a long career, I just planned on getting enough money to go on to do something else. But Rich was so enthusiastic about the stories he did and they were real people's stories.”

Newberg, who Mombrea considers to be like a brother, also was quite a salesman, getting the station to send himself and Mombrea to do stories in Japan, China and Poland in the 1980s that the photographer acknowledged would unlikely to fly with today’s station budgets. The two combined for an Emmy award-winning documentary, “Lost Childhood: The Story of the Birkenau Boys,” about Holocaust survivors.

That is one of the memories he took with him as he left the stressful life of working in news to go into retirement.

“I've been in the business for more than 40 years,” he said. “Every day is stressful, deadline pressures. It’s like trying to make a hit record every single day and under an extreme deadline. I just figured I'd like to get off the hamster wheel.”

The married father of two adult children is learning to play golf, a sport he recently took up because he finally has the time. He doesn’t have many plans beyond that.