When Buffalo-based Tragically Hip tribute act the Strictly Hip first booked its June 8 show at Kleinhans Music Hall with the Buffalo Philharmonic Orchestra, it was set to be a significant affair for a variety of reasons.

It would be the nearly 25-year-old band’s first performance inside the hollowed confines of Buffalo’s historic music hall, a pinnacle achievement for any local or visiting musician. It would be the band’s first appearance with the BPO since its dramatic Canalside Live date in June 2017, months before the death of Tragically Hip frontman Gord Downie, who died from brain cancer the following October.

And for the band’s howling vocalist Jeremy Hoyle, it would be his most prominent gig since the birth of his second daughter, Maisy, born on Feb. 21.

But on April 11, Hoyle struggled to breathe — and all music-related matters became comparatively insignificant.

After being rushed to the hospital by his wife, Kristen, the singer survived a massive heart attack before eventually undergoing successful open-heart surgery. Now after more than six weeks of rest and recovery, Hoyle is prepping for his first show memorializing the life of one of Buffalo’s favorite acts, all after wondering if he would live to wail another note.

“My wife told me that, while I was out of it before surgery, I called the cardiologist over several times and said, 'Hey, on June 8, there’s this thing I have to do,' ” Hoyle said, laughing over the phone from his home in Williamsville, adding the BPO show has "really motivated me to work hard and recover.” 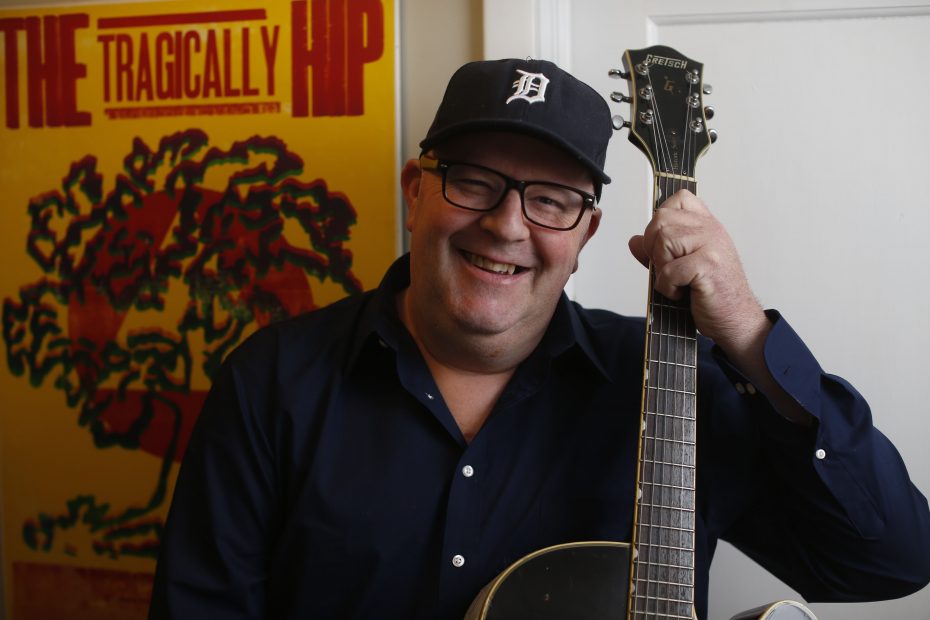 Jeremy Hoyle and Strictly Hip will perform the music of the Tragically Hip with the Buffalo Philharmonic Orchestra. (Derek Gee/Buffalo News)

That Symphony Circle date is set to become even more of an emotional affair than originally anticipated. Over part of the last decade, the Buffalo Philharmonic’s “BPO Rocks” series has collaborated with amplified acts to add some orchestral drama and complementary gravitas to some of rock music’s most cherished work.

As it showed with its performance behind Tragically Hip material at Canalside in 2017, singalong crowd favorites like “Grace, Too” can be taken to another level when backed by the right arrangement.

But this concert will be different than providing mere classical enhancement to choice cuts. As the Strictly Hip’s first gig together since Hoyle’s heart attack — all delivered in memoriam of the late Downie, a Canadian voice that not only punctuated the poetry of an entire country, but impacted border cities like Buffalo in immeasurable ways — the show plans to be more spiritual awakening than sprawling tribute.

Hoyle knows this. He knows it’s going to be a heavy and overwhelming experience, especially with the immaculate Kleinhans as its backdrop. But after coming so close to never walking onto a stage again, he’s not intimidated. He is instead overcome with gratitude for everything and everyone that gives him the chance to relay the voluminous northern gospel of Downie and Co.

“When you go through a crazy, life-changing experience like this, you really have a renewed appreciation for all of this,” said Hoyle, a Sherkston, Ont., native who has lived in the Buffalo area since 2002. “I’m just so appreciative of my life, my band and all the people that come to see us. I hope I never lose that feeling of pure thankfulness.”

And grabbing the mic is a way of embracing that appreciation, all while joining his bandmates to show reverence to their performance inspiration. While Hoyle recovered — and altered his diet to shed 50 pounds off his burly frame — his Strictly Hip brethren continued to work, realizing how important this Kleinhans gig could be. Less than a month after surgery, Hoyle was back at his first rehearsal, reviewing what plans to be an ambitious set list of Tragically Hip hits, deep cuts and overlooked classics inside a venue known more for Brahms than “Bobcaygeon.”

So for Hoyle, it begins again — fully completely. According to the vocalist, it’s what he and his band were meant to do. He’s still invested in the art and spreading its message; and now he’s ready for his next set.

“I’ve dedicated my life to this music. I fell in love with it, and it’s never stopped,” Hoyle said. “I think of myself as an evangelist for this music. I want people to love it like I love it, and that’s important to me. That’s a goal for me, sharing this music, and I don’t want to let anyone down.

BPO Rocks! Music of the Tragically Hip with the Strictly Hip