Youth fishing events on the calendar

As summer is slowly starting to arrive to the delight of junior fishermen, more youth fishing events are showing up on the outdoors calendar. Here are three contests that will be taking place the weekend of June 15-16 around Western New York, as well as one this weekend:

When Rob Ray played for the Buffalo Sabres, he enjoyed fighting from time to time as the team’s enforcer.  He still enjoys fighting, but now he does his battling with his fishing rod. The 7th annual Rayzor’s Big Dawg Walleye Classic is slated to be held out of Dunkirk Harbor on June 22 for the main event. The Big Fish Friday contest will be held June 21 to get everyone tuned up for the headline contest.

For the main event, up to 80 boats can be registered. The prize structure corresponds with the number of boats entered. Your score will be based on your best six fish for the day. There is a mandatory captain’s meeting on June 21. Contact Mark Mohr for more information at 998-9871. The deadline is June 14. This year’s Classic will be filmed via drone over the lake according to Mohr. For rules of the two separate contests, visit www.rayzorsbigdawg.com. 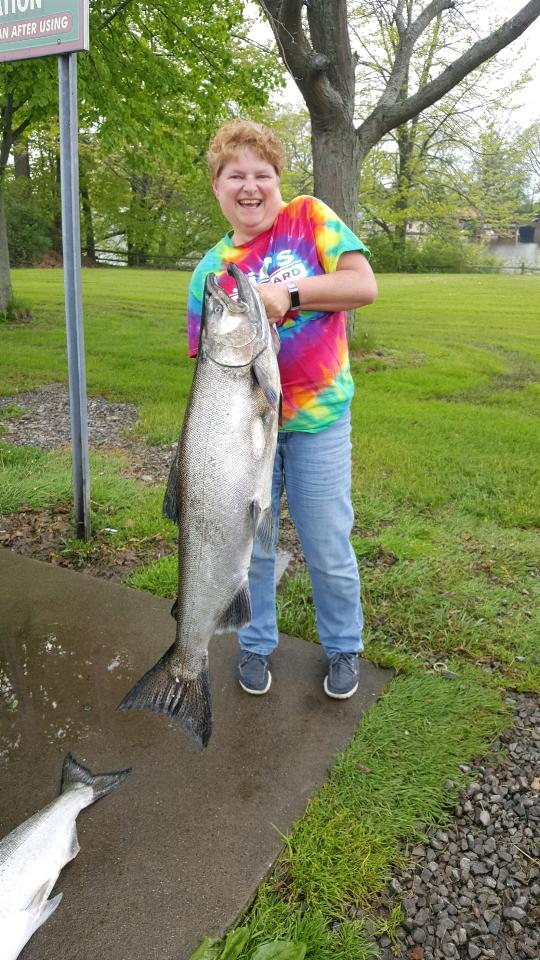 In the Don Johannes/Pete DeAngelo Memorial 3-Fish/Big Fish contest held last Thursday out of the ports of Wilson and Olcott, Legacy Sportfishing led by Capt. Rob Wescott of Hamlin won the three-fish portion of the event with a score of 87.19 points based on 10 points per fish and a point per pound. His big fish was an 18.94-pound king salmon that placed 3rd overall.

“We fished east of Olcott,” Wescott said. “North-south trolls did the trick in 150 to 300 feet of water. It was a late morning bite for the big ones. Familiar bite whip flashers and cut bait was the ticket.”

Big fish for the contest was a 26.03-pound king salmon reeled in by Rick and Judy O’Hara’s American Dream team from Ransomville. Judy reeled in the first-place fish. She is the daughter of the late Don Johannes, who the tournament is named after. Check out “Catches of the Week” to see the lunker fish.

Looking to sharpen that shooting eye while donating for a worthy cause? The Pheasants Forever Chapter of WNY No. 29 will host a Sporting Clays Fundraising 50-bird Shoot and Picnic on Saturday at the North Forest Rod and Gun Club, 6257 Old Niagara Road, Lockport. All proceeds will benefit habitat and youth programs.

There will be a shotgun start at 1 p.m. You must sign up in advance of the shoot. Admission is $50 for the shoot, $80 for the shoot plus a PF membership. The fee includes a Krolick’s barbecue dinner, targets and a Lewis Entry Fee. For more information, contact Jeff Wetzel at 432-9193.