We all tend to collapse toward nostalgia, and it’s not just the gravitational pull of aging that makes this so. No, after a while, we tend to stick with what we already know, and then we romanticize what once was, repaint it as if it was somehow perfect, and then lament the erroneous belief that “nothing new will be as great as that was, ever again.”

How do we escape this self-defeating cycle? By inventing and exploring and accepting new hybrids. And… wait for it… music can be of inestimable aid in this regard.

The intermingling of various musical tropes, styles, inflections and rhythms from far-flung and varied cultures is what keeps music alive and involved in the evolutionary process. These hybridizations are also proof that our tendency to slide toward nostalgia need not be inevitable.

Ukrainian ensemble DakhaBrakha – the name is a commingling of the words “give” and “take” in old Ukrainian – offers a striking case-in-point. Formed in 2004 at the Kyiv Center of Contemporary Art by the avant-garde theater director Vladyslav Troitskyi, the quartet has been turning heads and opening minds with a vibrant, brave, occasionally confrontational and always deeply musical marriage of traditional Ukrainian folk music motifs to contemporary music from a broad swath of cultures.

Indian, Arabic, African, Russian and Australian traditional instrumentation are the tools of the DakhaBrakha trade, as is stirring multi-part vocal harmony in service of dense, haunting melodies.

Audiences at Bonnaroo and SXSW have already fallen for the band, and now, a fairly recent convert is fulfilling a dream to present this freakishly beautiful music to local audiences.

“Since I heard them for the first time at SXSW two years ago and witnessed the unsuspecting audience get completely sucked in, swept off their feet and put back together in an uproarious ecstasy, I’ve been obsessed with bringing them here,” said Artpark Executive Director Sonia Clark, encapsulating on the record an enthusiasm she had gushed to me informally on various occasions over the past year. 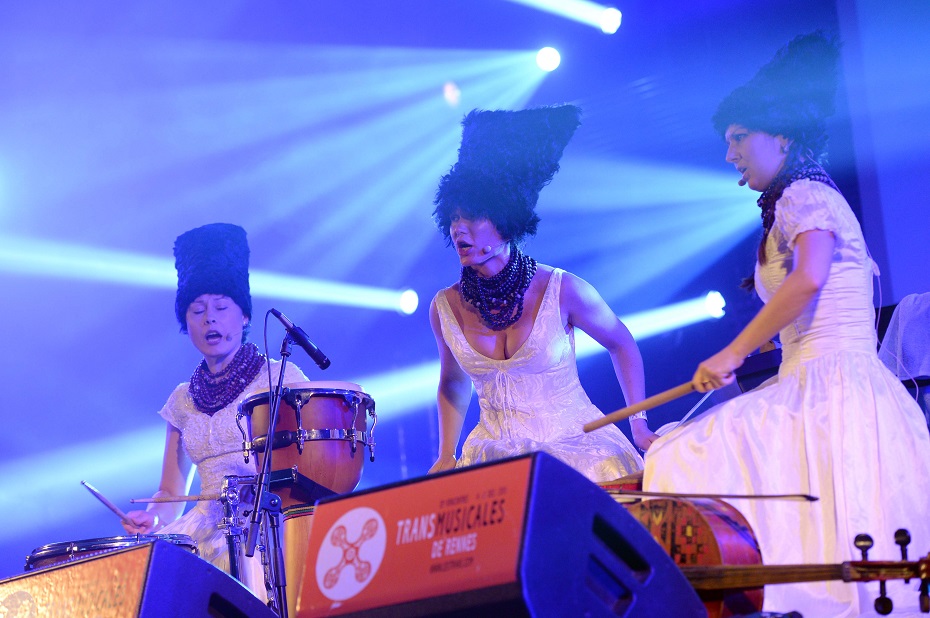 It makes sense that the Moscow-born, Columbia University School of the Arts-educated Clark, whose several decades of expertise in working on international theatrical productions and tours, would fall so hard for DakhaBrakha. The band represents the very marriage of cross-pollinating cultural influences that stands at odds with the nationalistic paranoia and small-mindedness that fears “the other,” and sounds the death-knell for meaningful progressive art. Though the music looks back toward (and celebrates) tradition, it defies nostalgia by its very nature, and celebrates a forward-looking global philosophy of art.

Also, it rocks, in its own weirdly wonderful way.

In keeping with the whole “this is not just a concert, it’s an immersive experience” ethos that DakhaBrakha seems to represent, the band will perform as part of Artpark’s Fairy House Festival on June 9. The festival kicks off at noon, and DakhaBrakha will perform at 4 p.m. An all-day pass is $10.

Sixty years ago, Buffalo DJ Tommy Shannon and his friend Phil Todaro penned a theme song for Shannon's radio show, and named it "Wild Weekend." When the song started generating interest, Shannon thought it wise to make a recording of it. With the help of Buffalo high school band the Rockin' Rebels, an instrumental track was written, recorded and rather quickly became a regional smash.

On June 8, the Gateway Harbor Street Dance will honor the 60th anniversary of the song with performances from Crash Cadillac, Big Wheelie and the Kipler Brothers. Both Erie and Niagara counties are proclaiming June 8 "Rockin' Rebels Day," and a proclamation will be read during the festivities, which kick off at 6 p.m. at Gateway Harbor (1 Young St., Tonawanda).

If, like me, you still miss David Bowie, then you might want to check out the critically lauded "Live On Mars: A Tribute to David Bowie," at 8 p.m. June 8 at Artpark.

Finally, for the many of you fans of adventurous, progressive music given to lamenting a perceived paucity of new, young bands who fits the mold: I give you a double bill that will stretch your mind and melt your face, as Thank You Scientist and Bent Knee team for a show at 8 p.m. June 11 at Buffalo Iron Works (49 Illinois St.).