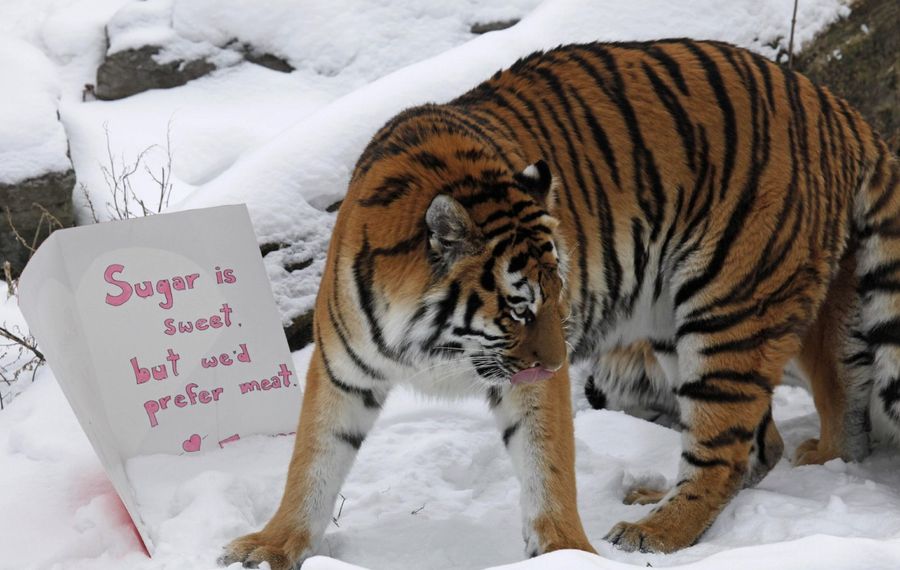 The health of Tamari, an 11-year-old amur tiger, was in decline and numerous tumors were discovered during a medical checkup.

The tiger had a cancerous tumor removed years earlier, and while it wasn't known if the latest tumors were cancerous, a zoo veterinarian recommended euthanasia. She had also stopped eating and became lethargic.

"It's not been determined yet that the tumors were cancerous — a lab is investigating," said zoo spokesman Christian Dobosiewicz. "But given her history and her bloodline, where cancer was very strong within her family, it was determined that that would be the best course of action."

Tamari was the only tiger at the zoo. A brother was transferred several years to to another zoo for breeding purposes.

Unlike lions, who live in prides, tigers are solitary animals.

There are only 119 tigers at 47 institutions in the U.S., Dobosiewicz said. The Amur tiger is found primarily in the Russian Far East, where there just an estimated 500 tigers remain in the wild.

The most immediate threat to the survival of the Amur tiger is poaching to supply Asian demand for tiger parts on the black market and poaching of prey, along with habitat loss and infectious diseases, according to the World Wildlife Fund.

There are no immediate plans for the Buffalo Zoo to bring in another tiger, Dobosiewicz said.

The zoo works with the Association of Zoos and Aquariums and the Tiger Species Survival Plan, which play major roles in determining where a tiger can be located.

"The outpouring of support and well wishes within the community through social media is very touching," Dobosiewicz said. "She was a staple at the zoo, and keepers, volunteers and guests alike all loved her. She will be missed."