ALBANY — With the clock ticking, lawmakers at the state Capitol are having intensive, ongoing negotiations over a sweeping bill to legalize the cultivation, distribution, taxation, sales and consumption of marijuana in New York State.

But with questions about whether that will lead to the full-scale legalization, another option is possible: baby steps.

Some states, like Colorado and California, have gone all-in with marijuana legalization. Some have taken more limited approaches.

Consider Vermont, the first state to legalize marijuana via the state Legislature as opposed to statewide ballot measures.

A few months later, the Green Mountain state followed with a law allowing the expungement of criminal records of misdemeanor marijuana convictions.

It was not the more comprehensive plan advocates wanted and still want: creation of a regulatory system to oversee commercial cultivation, distribution and retail sales.

But it was a step.

“It was a compromise and an important compromise … and it was a cultural paradigm shift. Now we’re beginning to build experience with legal marijuana and see that the sky has not fallen and Vermont is much the same as it was," Laura Subin, director of the Vermont Coalition to Regulate Marijuana, said of the 2018 drug law.

To the disappointment of marijuana legalization advocates like Subin, the Vermont Senate recently approved a regulatory and tax system for retail sales, but it died in the House last month with expectations that it will be back on the table in January.

But, as Lubin said of the 2018 law: “It is way better than not having legalization at all. These were very important criminal justice laws enacted."

With three weeks to go to still make deals before the 2019 legislative session ends, advocates of marijuana legalization in New York want the full-on approach and not what they believe would be lost opportunities by going the Vermont route.

Sen. Liz Krueger, a Manhattan Democrat and sponsor of the marijuana legalization bill in the Senate, said New York is the largest market in the country for illegal marijuana. “I don’t think you gain anything by not understanding the value of a new set of businesses that are legal, safer, regulated and will push the criminal element out of the whole thing as soon as possible," said Krueger, the Senate Finance Committee chair.

As for taking a slower, initial legalization step seen in some states, Krueger said: “It’s not that I’m morally or intellectually opposed. It’s just that it won’t change the storyline that 98 percent of the marijuana sold in New York will still be the illegal kind from God knows what sources or what’s mixed into it, and with no labeling, from a cartel-affiliated drug dealer who’s potentially selling it," she said.

Advocates in New York were emboldened Friday after the Illinois legislature gave final passage to a bill legalizing marijuana in that state under a comprehensive regulatory and taxation system. Proponents of the New York measure say Illinois' measure, expected to be signed by the governor there, will give a well-timed boost for New York lawmakers to act.

Krueger believes there are not enough votes yet in the Senate to pass the bill. By mid-week last week, Senate Majority Leader Andrea Stewart-Cousins, a Westchester Democrat, was expressing new confidence.

“I don’t think anybody doubts that marijuana will be legalized,” Stewart-Cousins said.

When and how remains the question.

“I’m not telling you if we can get A, B, C and D that I would stop it," Krueger said of a less comprehensive marijuana alternative bill. “I think it’s just worth one more try to get a comprehensive package."

There are already alternative bills floating around if the larger effort fails: One would expand the state’s existing medical marijuana program and another, for instance, would seek to put some laws and consumer protections into the industrial hemp industry and the rapidly expanding CBD marketplace selling non-psychoactive gummy bears, oils and drinks at shops and stores around the state to people using the products to treat themselves for everything from anxiety to chronic pain.

The Assembly sponsor of the main marijuana bill, Majority Leader Crystal Peoples-Stokes, a Buffalo Democrat, is having no part of the Plan B talk. “I think that was a good step for Vermont," she said of the more scaled-down approach taken there.

“But this is New York and, quite frankly, there’s already an almost $3 billion underground marijuana industry here … So my thinking is to go full steam ahead," the lawmaker said, adding she believes her bill will pass if it gets onto the Assembly floor.

The plans advanced by Cuomo and lawmakers would be far-reaching, covering everything from sales, cultivation, distribution, advertising, pricing and potency levels of the drug. Cuomo has also proposed creation of marijuana social lounges where, like Amsterdam, consumers could purchase and consume marijuana.

Such lounges were part of Massachusetts' marijuana legalization efforts, which voters approved in 2016. Gov. Charlie Baker, a Republican, last year slowed down the lounge idea, though recently he has expressed interest in a pilot program there.

Proponents of the big approach to marijuana legalization in New York say it will still take a couple of years before a fully regulated system is in place and in the interim a number of nuances and key matters — like where the retail stores are located and who gets to distribute the drug — will get worked out.

Still, if legalization happens, New York enters an environment similar to states that have legalized marijuana and are still evolving their own laws.

Marijuana laws on the books vary across the 10 states and the District of Columbia that have legalized marijuana in some form or another. Vermont and Massachusetts, for instance, say residents may grow a certain number of plants at home. Cuomo’s plan called for no home cultivation, a provision that pleased some big marijuana companies eyeing marijuana sales in New York.

Laws vary when it comes to how much of the drug can be possessed. Advertising laws also differ. Nevada’s tax department has to approve any marijuana ad. Most allow counties to ban sales, while some allow and some don’t allow delivery of marijuana products. States that have legalized marijuana also have different penalties for consuming the drug in public places.

In New Jersey, where legalization efforts failed recently, lawmakers are looking to let voters decide in a referendum. The same route may be taken in Connecticut.

Taking smaller steps “helps with some issues but doesn’t help with getting to the heart of prohibition," O’Keefe said. “I certainly advise to go ahead and legalize and regulate so you can control sales, who sells (what’s) sold so that cannabis is not painted with pesticides. All of those measures you’re not going to address with half measures." 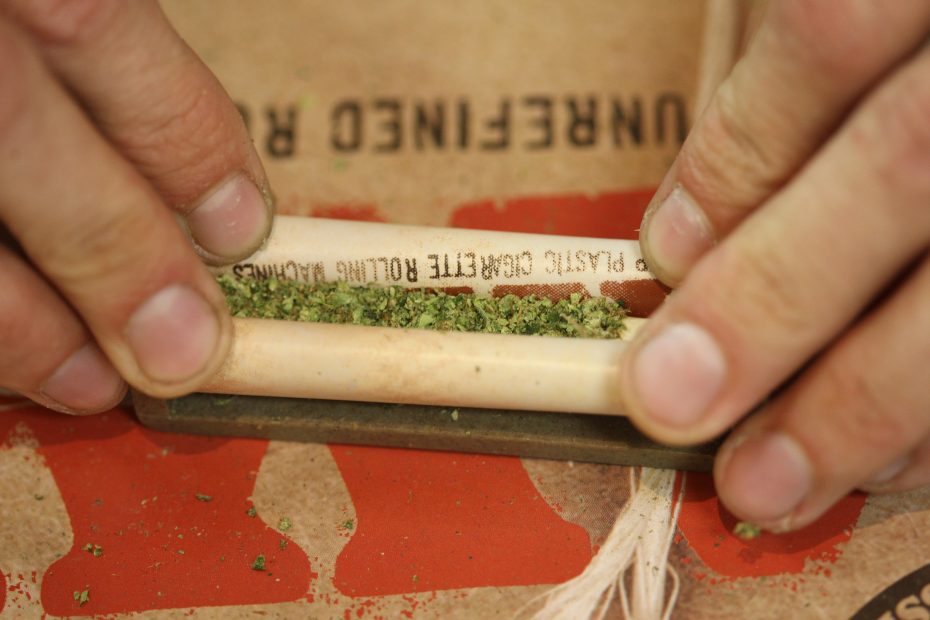 Are there compromises available?

Many critics of full-blown legalization say New York should decriminalize possession to get at problems seen in many communities where minorities have disproportionate marijuana arrest records. New York, however, did decriminalize marijuana possession in 1977, but it contained loopholes and huge spikes in arrests were seen over the years for minor amounts of possession.

Luke Niforatos, a senior policy adviser at Smart Approaches to Marijuana, which opposes the legalization efforts in New York, said New York could easily enact more comprehensive decriminalization laws and allow the expungement of individual’s past misdemeanor marijuana arrests. While at it, he said, treatment for people with marijuana use problems needs more attention.

Niforatos noted the concerns of legalization supporters who say people should not be going to jail for marijuana convictions and that a regulated, legalized system is the best way to address social justice issues, especially in minority neighborhoods hit by disproportionate arrests.

“But both topics can be addressed right now without legalization," he said.

Niforatos said Vermont’s marijuana use by residents — who consume marijuana at levels higher than the national average, according to government statistics — has become even further “normalized” by the 2018 law allowing possession and at-home plant growing.

He said his group doesn’t see the need to compromise on its stance at the Capitol. But, he added, “If it’s a do-or-die scenario, we’d pick a Vermont scenario over a Colorado scenario.’’

Marijuana legalization backers, too, see no need for compromise — especially with a full three weeks left in the session in Albany. “If we’re down to the wire and we haven’t moved, then it’s a different conversation," said Melissa Moore, deputy state director at the Drug Policy Alliance.

But Moore sees support growing in the Legislature for full-blown legalization, especially after Krueger and Peoples-Stokes amended their bill to capture many ideas previously proposed by Cuomo.

“Look at the borders around us," Krueger said. "Are we pretending we live in this bubble in New York and nobody’s going to be able to get marijuana?’’