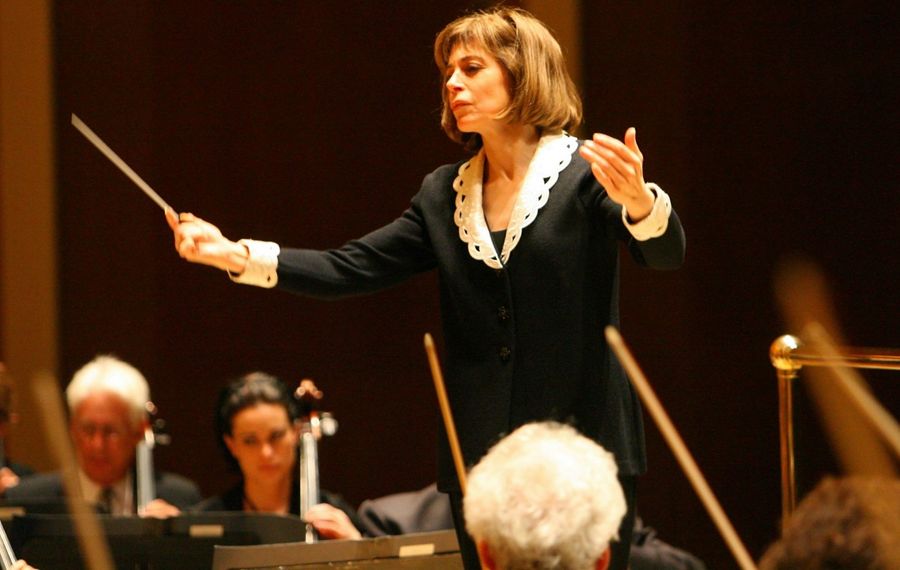 "Tonight was my first opera – I hope they do more!"

If overhead comments in the lobby are any indication, the BPO made quite the impression with its season-ending "Carmen in Concert."  Music director JoAnn Falletta has consistently shown a knack for effective programming, and Georges Bizet's "Carmen" – a greatest hits compilation of instantly recognizable, infectiously appealing melodies, was a wise choice to close out her 19th season with the orchestra.

In the title role, mezzo-soprano Tamara Gura owned the stage from her first entrance with her commanding presence, sensuality and a refreshingly modern, outspokenly feminist take on a character that too often drowns in cliché.  Given more time and experience with this role, her voice will continue to find more of the darker tones it needs to fully embody it, but make no mistake Gura's Carmen has a bright future ahead.

Tenor Kyle van Schoonhoven as the lovesick Don José matched Gura in every regard, with a full, rounded tone and a confident ease in his upper register.  His descent into madness and (spoiler alert) brutal murder of Carmen in Act 4 was truly heartrending to behold. Alexandra Deshorties' glorious soprano elevated the supporting role of Micaela, with her Act 3 aria "C'est des contrebandiers" a vocal highlight of the evening.

Falletta and the BPO were ideal collaborators, giving Bizet's music the first-class luxury treatment it deserves. A few minor slips of ensemble imbalance and falling out of sync with the vocalists were understandable and smoothed out by the end. One hopes the BPO will explore more operatic repertoire in future seasons.

One minor gripe: Last-minute program changes are one thing but being handed programs that failed to include any program notes at all about the concert (e.g. synopsis, background, composer info) – was unfortunate. Furthermore, several vocal soloists were not credited in the program with their proper roles, and key figures such as Stage Director Julie Newell were left out altogether. On a night where the BPO's stellar performance made many new opera fans, small but important details like these can leave a bad taste.

Still, there can be no denying what a treasure Buffalo has in its hometown orchestra. I can't wait to see what is in store for next season.