There’s a reason so many troubadours in the 1960s found and expressed a deep affinity with Jack Kerouac’s watershed novel “On the Road.”

The mythology of the travelling musician in America runs deep, and even deeper runs the belief that existing in a state of consistent movement and flux offers a window into both the self and the society that surrounds it – one the “straight and sedentary” life can’t provide.

Or, as Wilson-born singer/songwriter, SUNY Fredonia graduate, and self-described “nomadic noisemaker” Savannah King puts it, “Being in constant motion forced me to look inward to find stillness.”

For the past several years, King, her boyfriend, fellow musician Drew Richter – who hails from Lockport – and a collection of guitars and modified home amenities have been sharing space in a fully kitted camper van in various spots throughout the American Southwest.

King documented the experience with her new album, “Cliffrose,” and a book of photos that celebrate the breathtaking beauty she observed right outside her van window on a daily basis. (She’ll celebrate the release of both with a homecoming show at 7 p.m. Saturday, June 8, at Nickel City Frets in Akron.)

King comes from a long line of Buffalo-area troubadours who’ve taken to the great wide open and embraced the road as a way of life, among them Ani DiFranco, Peter Case, Gurf Morlix and Greg Klyma. Folksinger Dave Ostrowski, aka Davey O, himself a seasoned road warrior, acted as an early mentor to her.

"When Savannah reached out to me for advice on how to set up tours without the aid of an agent and how to be an indie artist, I was happy to help, because that's what builds a scene and community among musicians,” Ostrowski said. “Since that time, I've watched her blossom into a fine songwriter, a wonderfully talented person who has youth, courage, and a fearless sense of adventure – not only in her travels, but musically – on her side." 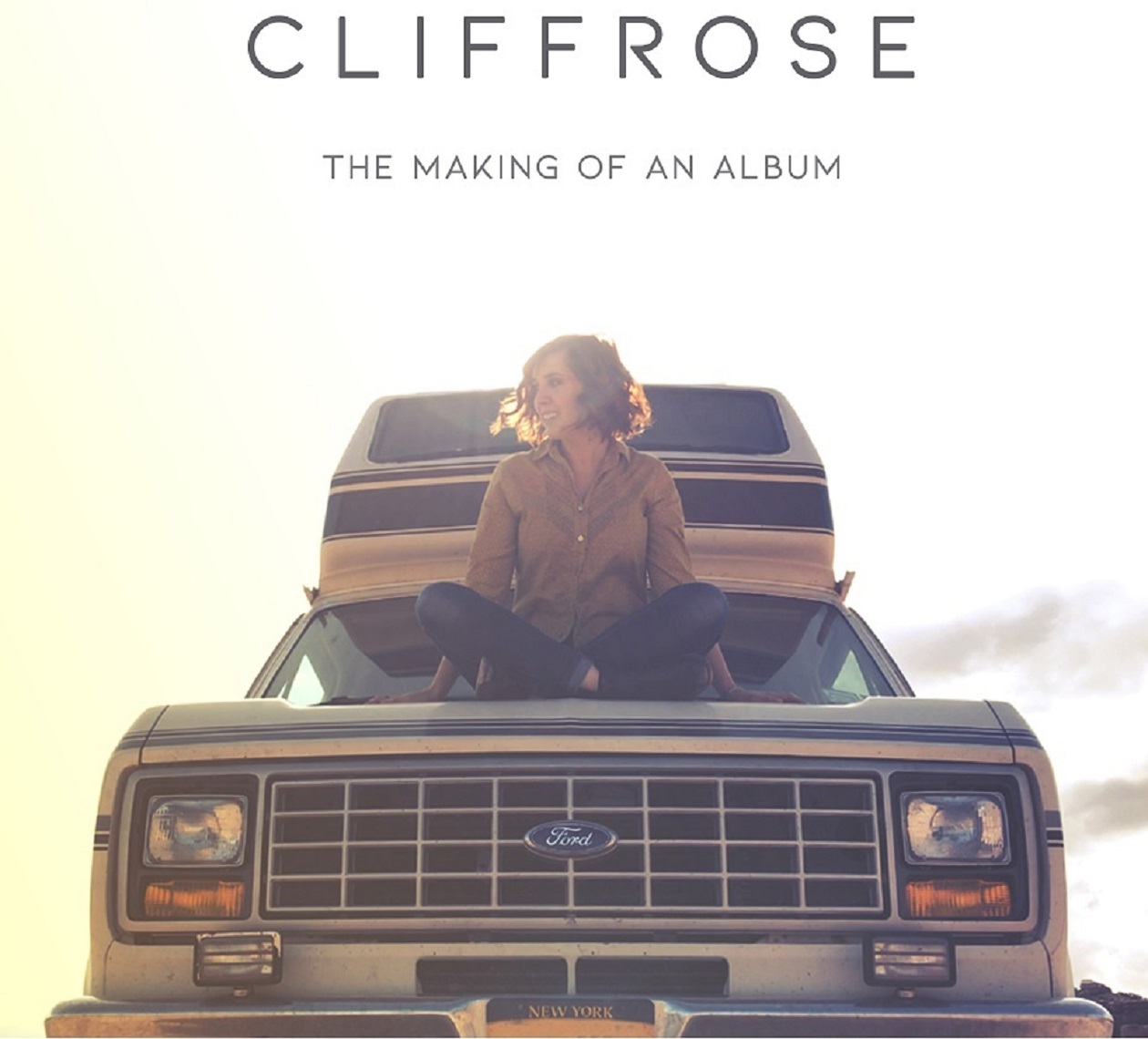 I caught up with King as she was preparing for the release of “Cliffrose,” and we discussed the triumphs and tribulations of the fully committed troubadour life.

Q: How did leaving home, heading for the American Southwest, moving into your camper van, and truly embracing your vagabond/troubadour status change your world view? How has it changed your view of Buffalo?

A: Deciding to move into a van started for practical reasons. I wanted to tour and play music full time. However, I quickly realized that if I was going to make that dream a reality, I needed to lower my costs of living. When living in a camper van was first suggested to me, I had the reaction that most people living in normal society have – "No way!" It brings to mind the SNL skit with Chris Farley – "Living in a van, down by the river."

I wanted no part of that, but when I started doing some research, I found a beautiful community of people my age, living a mobile lifestyle all across the country and the world. The overall theme of this life is to have less, so you can see and do more.

A common misconception is that we don't have basic amenities, and some people living in camper vans don't. Our van has a few more luxuries. It's a 1987 Ford Coachman with running water, hardwood floors, a sink, toilet, shower, and furnace, just to name a few things. We spend a lot of time on BLM (Bureau of Land Management) land dispersed camping, so we have solar panels that feed a battery bank for all our power needs. The view outside our door may be a canyon in Utah, a Walmart in Kansas, a beach in Mexico, or a friend's driveway in New York, but we go to sleep every night on the same mattress, cook our meals on the same stove, and drink out of the same coffee mugs every morning. When we shut those doors, no matter where we are, we are home.

At first, the decision to head out West had everything to do with the weather. It was warm when Buffalo was cold and that was enough for me. However, once we got to the desert, I fell in love. The Southwest is the opposite of where I grew up. It was like nothing I had seen before. I found myself immersed in the most comforting unfamiliarity. The road can be hard, but the desert had a sense of calmness. I am drawn to its stillness and stark beauty. Everything that grows here does so because it adapted to a harsh environment. It found a way to survive. The Cliffrose flower in particular – it found a way to be beautiful, while still remaining strong and resilient. I am drawn to that.

Going on the road full time has shifted everything in my life. From the people that I'm surrounded with, to my influences and mindset. It has given me perspective on where I come from and what a sense of community really means. The musicians in Buffalo are some of the hardest working people I've ever known. Maybe it's the Rust Belt mentality. No matter what, if you get knocked down, pick yourself back up and try again. That has come in handy while navigating an independent music career where public criticism is around every corner.

Being able to cut my teeth in a city with such a tight-knit musical community has been one of my greatest blessings. I think it took me leaving Buffalo and seeing the rest of the country to realize that. I feel supported and appreciated, not only for who I am, but also how much I've grown. 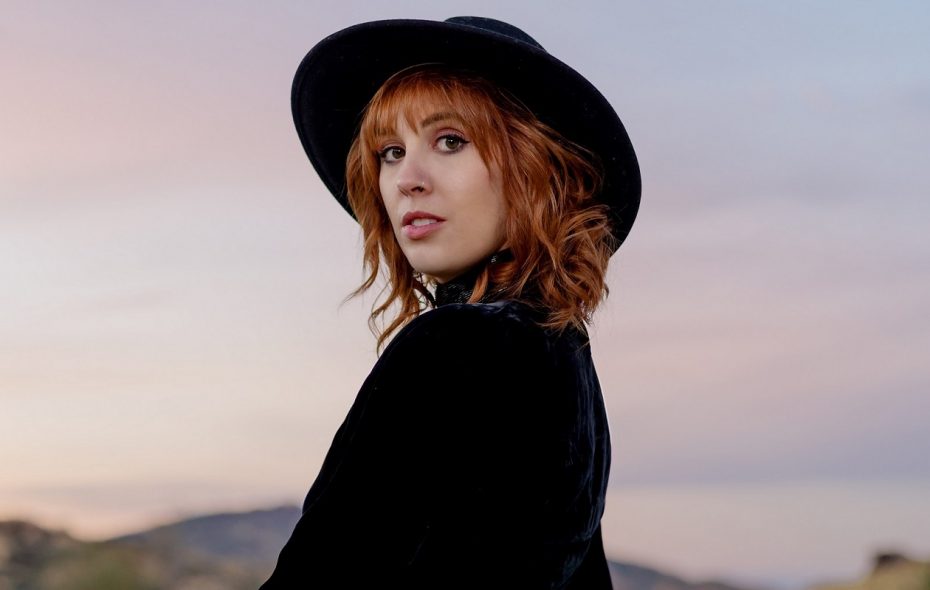 Savannah King said, "I'm not a professional photographer, but we go to a lot of places that are so beautiful, it's hard to take a bad picture." (Photo courtesy Savannah King)

How did your travels inform the writing of the tunes that make up the album?

The Southwest was my biggest influence on this record. So much of the time we spend away from Buffalo is in Southern California, Utah, Arizona, Nevada, and New Mexico. Before we bought the van, I felt that I was stuck, creatively. My songwriting felt stale and I wasn't writing material I was excited about. My biggest goal was to get outside my comfort zone. To challenge myself. One of the best ways to do that is to travel.

It turns out that getting rid of most of your belongings, moving into a van, touring, completely changing your lifestyle, and driving 52,000 miles in two-and-a-half years will really challenge you.  All of that searching went straight into "Cliffrose."

Tell me how the idea for the accompanying "Cliffrose" book evolved.

I started posting photos of my van on Instagram when we first hit the road. I'm not a professional photographer, but we go to a lot of places that are so beautiful, it's hard to take a bad picture. There's a very enthusiastic and supportive community of people living on the road who have been brought together through the internet. We've made so many friends and had real connections with people who are living the same lifestyle.

It's been great to feel that sense of community, because when I bought my van, I didn't know anyone else living like this. I found some incredible fellow female travelers who were writing online about their experiences in this unique lifestyle. It gave me the courage to write about my own. I was going through a huge mental shift those first few years on the road while I was writing "Cliffrose."

But my new experiences weren't just coming out as songs. They were also poetry, short stories, and essays. I started using them as captions for my photos on Instagram and got an incredible response. It turned out that in my new lifestyle, I wasn't alone. Those photos and stories are just as much a part of "Cliffrose" as the songs are. 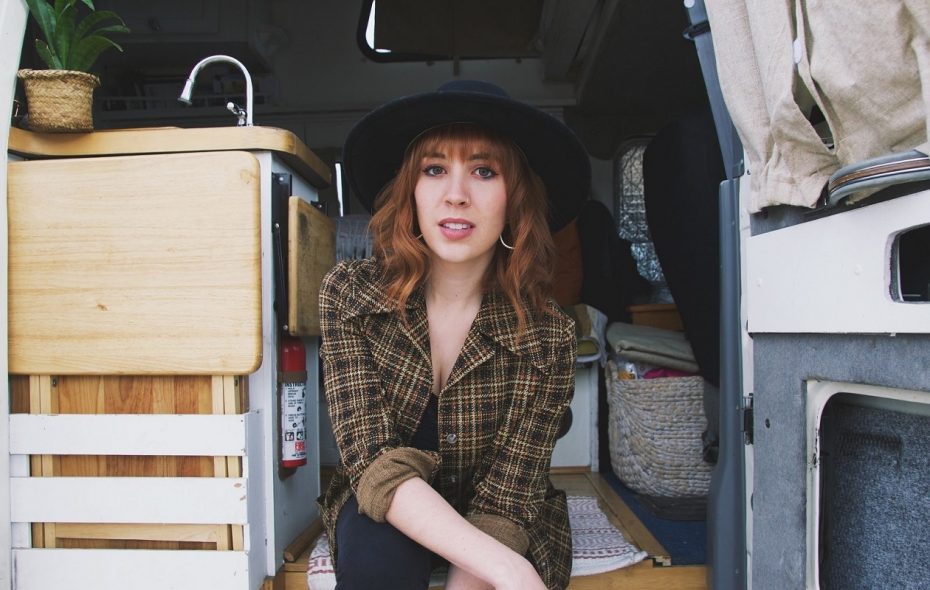 Savannah King said, "We've made so many friends and had real connections with people who are living the same lifestyle." (Photo courtesy Savannah King)

In the section headed “Utah,” you write beautifully of the scene you’ve encountered, and the reader feels the sort of thrilling loneliness that you describe as “Pure, raw, wild.” It made me think of Joni Mitchell’s tunes “Coyote” and “Black Crow,” songs that summon a vast, open and lonely vista, while simultaneously documenting a state of constant motion. I feel like this describes the adventure you’ve been on.

Travel is a strange thing. It can feel very isolating. I think I realized pretty quickly that you can drive all the way across the country, but if you don't make peace with yourself, you're still going to be faced with the same struggles you had 3,000 miles ago. That's when I started slowing down. I started taking the time to find out who I really was and who I wanted to be. Being alone in some canyon somewhere, searching for answers.

When you get away from the big cities and pace of everyday life, you find a natural rhythm. A slower rhythm. And an openness. I realized the things I was worrying about on a daily basis, in the end, aren't going to matter. You can't take it with you.

You can celebrate every day, just because you woke up to take another breath. You don't need a greater reason than that.