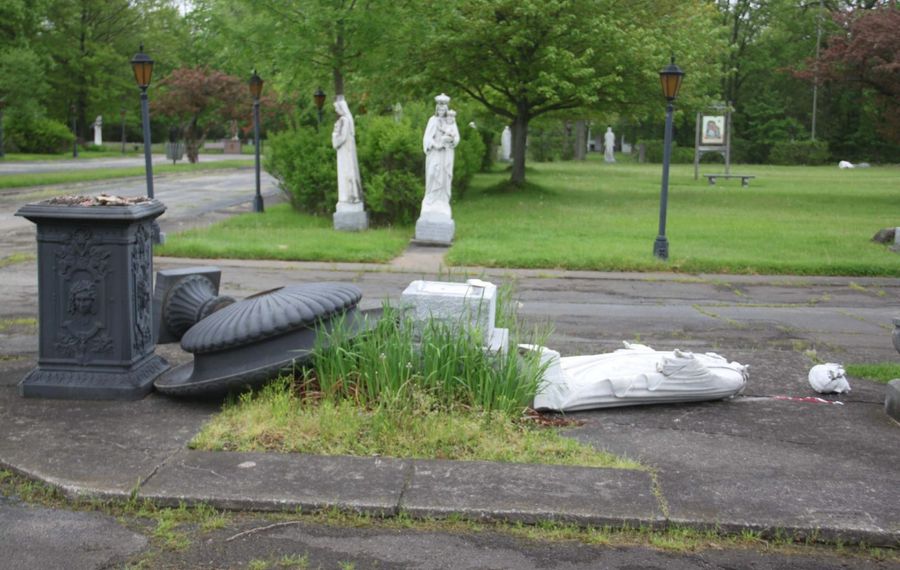 Vandals did as much as $50,000 worth of damage to statues and other outdoor displays at Our Lady of Fatima Shrine in Lewiston this week.

Father Peter M. Calabrese, associate director, said four statues, two of them made of marble and two of fiberglass, were tipped over or had pieces knocked off. Two of the statues, one depicting Jesus and the other St. Gaudenza, were knocked to the ground.

Also, a large urn, some marble benches and a pillar in the outdoor chapel were damaged in the vandalism, which occurred late Tuesday night or in the early hours of Wednesday.

Father Calabrese said there have been some less extensive vandalism incidents at the Swann Road shrine in the past, including one in which a statue's head was knocked off.

"This is the first time we've had so much at one time," he said. Lewiston Police are investigating.

The shrine, which opened in 1956, is operated by the Barnabite Fathers.