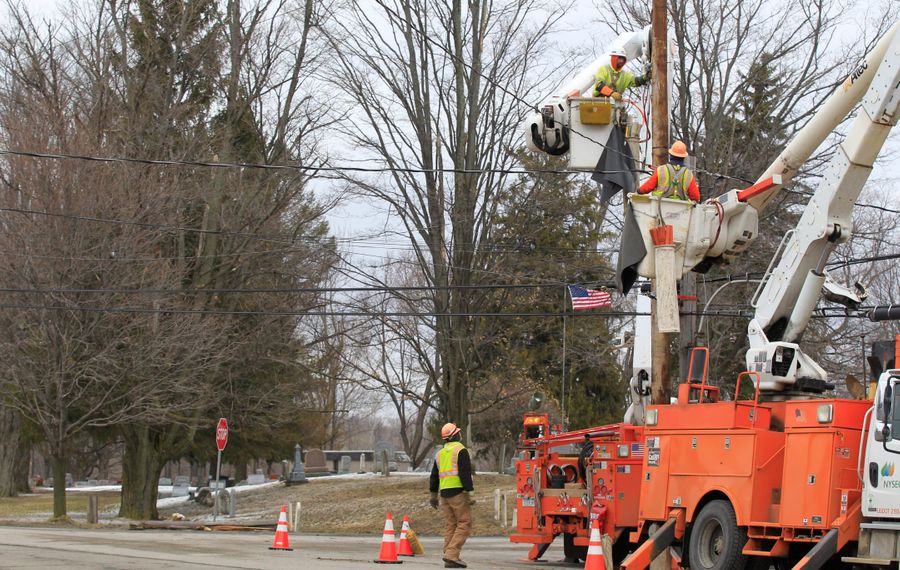 New York State Electric & Gas Corp. is seeking a rate increase that would raise the average monthly bill for its electric customers by more than $10 a month.

The proposed rate increase would increase NYSEG's revenues by nearly $163 million a year and would allow the company to expand its vegetation management programs along its electric lines and also install advanced meters that would provide customers with more information about their energy use.

The rate filing launches what is likely to be an 11-month review of the rate request by the state Public Service Commission, which in recent years has made significant reductions to the rate increases originally requested by New York utilities. NYSEG, for instance, proposed a 10% rate increase in 2015, but regulators reduced that increase to 7% over three years.

That rate plan expires this year, and the proposal would set rates that would take effect in April 2020.

“This rate case represents our deep commitment to modernizing the grid," said Carl A. Taylor, president and CEO of NYSEG and its sister company, Rochester Gas & Electric. "Much of the infrastructure is aging. It is absolutely critical that we harden the infrastructure to withstand increasingly severe and unpredictable weather."

NYSEG noted that the company currently has the lowest delivery rates for residential customers among New York's utilities, averaging $42 a month for a residential customer using 600 kilowatt-hours of electricity, compared with $53 for National Grid. The proposed rate increase would increase that average monthly charge by $10.17, bringing it close to what National Grid customers currently pay.

The rate increases only apply to the cost of delivering electricity and natural gas to consumers – the only portion of utility bills regulated by the PSC. A consumer’s monthly bill also includes the actual price of the electricity or natural gas used by consumers, which is based on market prices and is sold to the utility’s customers at cost.

The proposal would increase NYSEG's delivery rates by an average of 23.7%. Once the cost of electricity is factored in, the average customer's monthly bill would rise by an estimated 13.6% under the company's proposal. While the rate proposal covers only one year, utility officials also said they would be open to discussing a longer-term rate plan.

"The proposed rates also facilitate the companies' transition to a cleaner energy future, while allowing for important initiatives such as vegetation management, hardening/resiliency and emergency preparedness," Joseph J. Syta, NYSEG's controller and treasurer, said in a letter to state regulators detailing the rate proposal.

A third of the revenue raised by the proposed rate increase would fund an expanded plan for the two utilities to manage vegetation along the 35,000 miles of electric lines they maintain across upstate New York.

The company also would launch a program to install advanced electric meters that would provide consumers with more information about their energy use and help them better manage their energy consumption, Syta said.

The advanced meters are "an essential foundation for grid modernization" and also would support the commission's initiatives to increase the use of energy produced from renewable sources, NYSEG said in the filing.

The rate request balances "the need for investments in electric and gas infrastructure with the important objective of maintaining customer rates that are affordable and among the lowest in New York," Syta said.

NYSEG provides electric service for most of the western half of Erie County, along with portions of Wyoming and Chautauqua counties.

The company also is seeking a rate increase for its natural gas customers, which include roughly 24,000 consumers in the Lockport area and parts of the Southern Tier. Those delivery rates would rise by $1.05 a month, or about 1%.