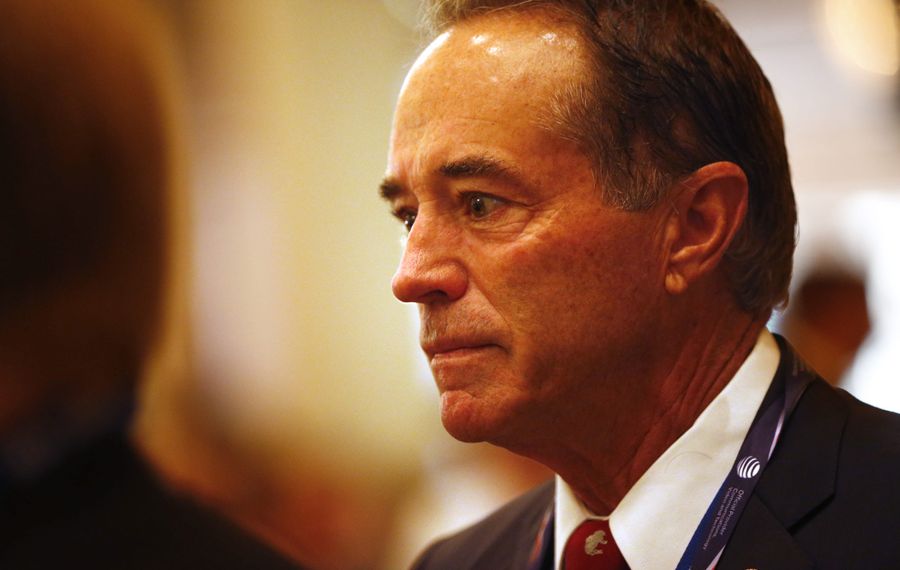 Almost 17 months before Election Day 2020, the contest for the congressional seat now held by Rep. Chris Collins is not only underway but intensifying at a torrid pace.

That’s because of the special circumstances surrounding Collins, the Clarence Republican who remains under federal indictment on insider trading charges casting a cloud of question marks around his future. Now State Sen. Christopher L. Jacobs of Buffalo has jump-started the competition by announcing his Republican candidacy, pronouncing the incumbent ineffective while awaiting trial.

Collins has not ruled out running again, while several well known Republicans also weigh a candidacy in the 27th Congressional District — the most Republican district of any in New York and a bastion of support for President Trump. As a result, the level of enthusiasm for the president is already emerging as the real litmus test of the young campaign.

Collins and others, for example, are already branding Jacobs a “never Trumper” despite the senator’s assertion that he voted for and supports the president. Collins now says he will decide on his political future by the end of 2019, which is expected to further set the tone and determine the participants for the 2020 primary and general elections.

Besides Grand Island Supervisor Nate McMurray, however, no Democrats are expressing as much enthusiasm for the race as their GOP counterparts — even after McMurray lost to Collins by only about 1,000 votes last November.

All of this early activity occurs despite the possibility that upstate’s continued population loss could result in loss of the current 27th District in the 2022 redistricting following the 2020 census.

Here is a rundown of potential candidates eyeing a race that lies far into the future but is already taking shape: • Chris Collins — A wealthy businessman, his political involvement dates to 1998 when he unsuccessfully challenged Democratic incumbent John J. LaFalce for Congress. He returned in 2007 to win the race for county executive, only to lose to Democrat Mark C. Poloncarz in 2011.

But Collins bounced back in 2012 with a victory over incumbent Rep. Kathy Hochul to establish himself as a leading conservative voice and the first member of Congress to back Trump for president. As a result, Collins emerged as a major surrogate spokesman for Trump during the campaign and early in the administration.

But everything changed when federal prosecutors said he shared inside information about an Australian biotech firm in which he had invested. Now he faces a trial in 2020 and remains stripped of his committee assignments, prompting other Republicans to ponder a candidacy — possibly even against Collins.

• Christopher L. Jacobs — The two-term Republican state senator became the first declared candidate on May 16 when he said Collins should be replaced because he did not “believe he has the capacity to be effective because of the situation.”

Jacobs has long been active in the community as founder of a scholarship fund for underprivileged students to attend private schools, as well as other activities. He was also a member of the Buffalo Board of Education, was New York secretary of state under Gov. George E. Pataki and even briefly ran as the lieutenant governor candidate with William Weld when the former Massachusetts governor sought the 2006 GOP nod for New York governor.

Now that partnership is drawing fire from Collins and others as Weld challenges Trump next year for the Republican presidential nomination. Collins already calls Jacobs a “never Trumper” and last week painted him as a “Democrat wearing a Republican sport coat.”

Jacobs, however, has emphasized his loyalty to the president and is now actively seeking donations and assembling a campaign team. 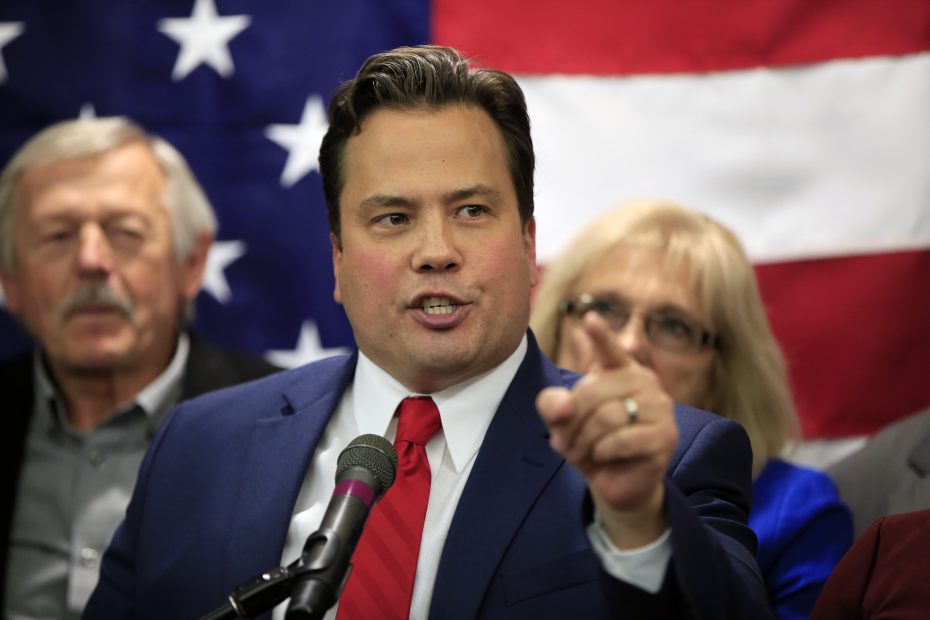 • Stefan I. Mychajliw Jr. — The Republican Erie County comptroller last year all but declared his 2019 candidacy for county executive until Collins’ indictment last August, then emerged as a serious congressional contender when it appeared the incumbent would not seek re-election. But when Collins decided to run again despite the indictment, Mychajliw appeared at his side during almost every campaign stop, assisting in a candidacy that eventually prevailed by only about 1,000 votes.

Now Mychajliw has joined in the “never Trumper” broadside against Jacobs, reiterating his own strong support for the president in a district where such loyalty will prove key. But he has said he will not run against Collins, and must await the congressman’s decision about his future later this year.

• Robert G. Ortt — An Army veteran who earned a Bronze Star in Afghanistan, Ortt is also discussing a candidacy as Collins’ future remains uncertain. The former mayor of North Tonawanda won his first State Senate election in 2014, but the GOP’s loss of its Senate majority last year could prompt him to run for Congress.

Ortt’s political rise encountered an obstacle in 2017 when a special grand jury was convened by then-Attorney General Eric T. Schneiderman, who accused him of felony election law violations. The  senator all along maintained his innocence, insisting the charges stemmed from politics and to “further Eric Schneiderman’s partisan agenda.”

But an Albany County judge tossed the case, ruling there was “no valid line of reasoning and permissible inferences which could lead a rational grand jury” to indict. Ortt said he was vindicated and was never implicated in other criminal charges lodged against Niagara County Republicans in the Schneiderman probe, but it is not known whether opponents might resurrect the case in political ads.

Ortt is considered a serious candidate with a major base in Niagara County, the district’s second largest population center.

• Stephen Hawley — A major figure in Genesee County GOP politics and community affairs, Hawley has represented the area in the Assembly since 2007. He has always emphasized that he entered politics from the private sector where he has farming and insurance businesses.

Hawley’s conservative approach to state issues could prove especially attractive throughout the eight-county district. Twice in his career, for example, he has authored bills exploring the possibility of dividing New York into upstate and downstate entities. The bills went nowhere but could underscore the conservative approach highlighted in the official Assembly biography noting Hawley “fought tirelessly against downstate special interests in defense of our Western New York Way of Life.” 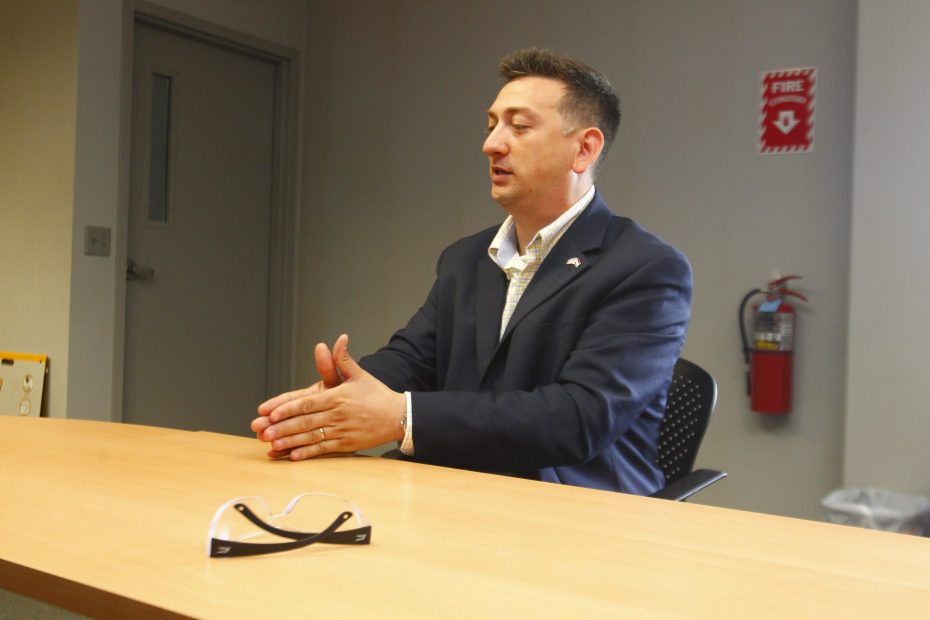 • David Bellavia — An Army veteran who won the Silver Star in Iraq, Bellavia has become a major spokesman for veterans and well known as an afternoon co-host on WBEN talk radio. He also is remembered as a competitive GOP primary opponent in 2012 to Collins, who outspent him to win the contest. Bellavia won six of the district’s eight counties in 2012, but lost when Collins won the big counties of Erie and Niagara.

Bellavia has written extensively about his military adventures and could continue in that direction. He says he feels no overwhelming need to re-enter politics, but does not discount the possibility.

For now, his name continues to make the “also mentioned” list — but could also loom as a serious contender should all variables point to another Bellavia candidacy.

• Michael R. Caputo — The East Aurora political consultant has emerged as a major voice in conservative politics through stints on WBEN Radio as well as regular national appearances on CNN and Fox News. An Army veteran, Caputo burst onto the local scene in 2010 as campaign manager for Republican gubernatorial candidate Carl P. Paladino, and later joined (and was eventually fired from) the Trump presidential campaign in 2016.

Throughout his career, Caputo always insisted he would never run for public office, but has been softening his stand in recent weeks.

“If Chris Collins does not run or can’t win, there is no way I would stand by and let this congressional seat go to someone who does not support the president 100%,” he said a few days ago.

Caputo maintains strong ties to national figures in the Trump orbit, including indicted consultant Roger Stone. He had loudly complained in recent months about overzealous partisans in Washington who forced him to spend a fortune on lawyers after he was subpoenaed to appear before the House and Senate intelligence committees as well as special counsel Robert Mueller. He, too, understands the value of supporting Trump in the district.

Caputo could tap into a fundraising base that raised significant funds for his legal defense as well as for Stone. He is known to be traveling around the district for discussions with Republican officials.

He has said he will not run if Bellavia, a close friend, enters the race.

• Nate McMurray — The Democratic Grand Island supervisor came oh-so-close to pulling off a major upset last November, coming within about 1,000 votes of defeating Collins. But the same circumstances of facing an indicted incumbent may not occur again, and few other Democrats are expressing enthusiasm in the ultra-red district.

Still, McMurray continues to weigh in on national and local affairs via social media, last week expressing his desire to debate Caputo.

McMurray remains well known and earned a devoted cadre of followers during his 2018 effort, and could be expected to ask for their organizational and financial help once again —though he would still be considered an underdog.