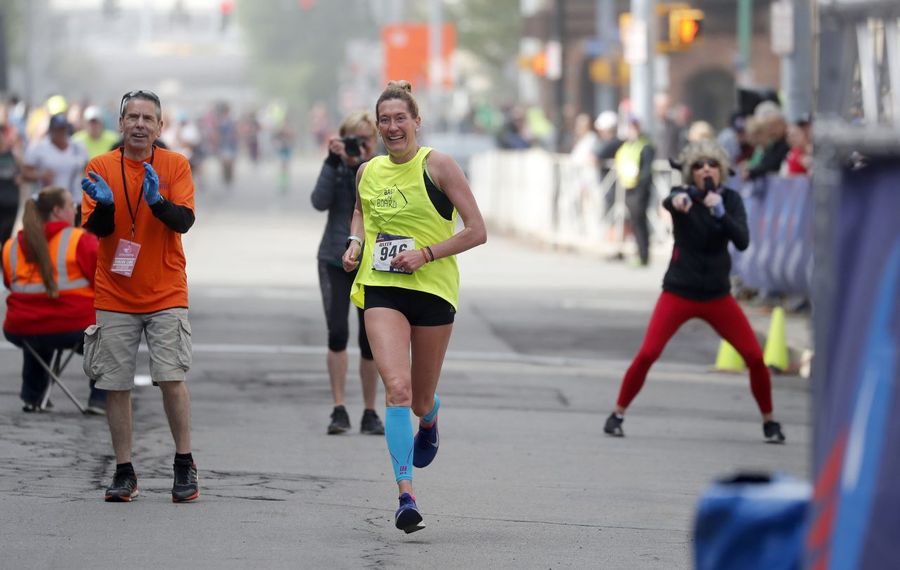 She completed the course in 2 hours, 55 minutes, 2 seconds, but if Hoak-Lange's time seemed a little slow Sunday morning, it was for good reason. Two weeks prior to the race, she found out she was pregnant, so she had a passenger in tow during the course of the marathon.

"I'm three months, as of yesterday," Hoak-Lange said. "I checked with the doctor and made sure I was clear, and she said, 'go ahead, give it your all, and you're fine to do that.' So, that eased my mind a little. It was a little bit of a surprise but it's almost a relief, but it made sense as to why some of my workouts, recently, haven't been up to par.

"So when I found out I was pregnant, it all made sense."

Hoak-Lange, a Colden resident, made the announcement of her pregnancy in marathon fashion; during the race, she wore a neon yellow tank top with the words "Baby on Board" written in green on the front.

Hoak-Lange ran her third Buffalo Marathon, and her second since 2013. She is expecting her second child. Her son, Boomer, is 2 years old.