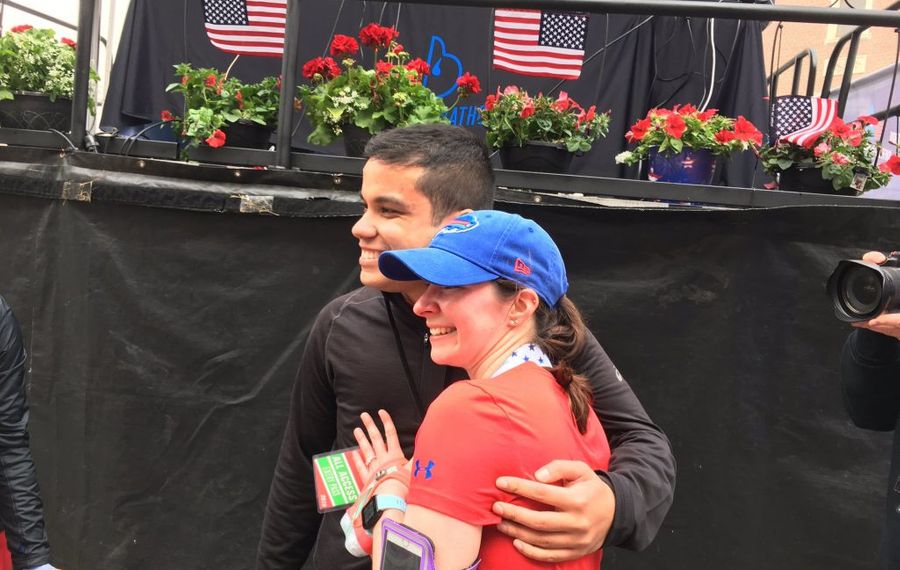 He was a little nervous, too. Right after Waldby crossed the finish line after running 13.1 miles, he immediately planned to propose.

Waldby finished the half-marathon in 2 hours, 24 minutes and 6 seconds. Before she got her silver finisher's medal, Torres took out a silver ring, encrusted with diamonds, and asked his girlfriend of nine years to marry him.

"She loves running, almost more than she loves me," said Torres, who lives in Williamsville with Waldby. "I wanted to make sure I could add to the happiness in her life, and it was only right I did it at the end of the half marathon."

Torres and Waldby met in high school in Syracuse, and attended the University at Buffalo. Waldby didn't expect the proposal to happen at the finish line, but she didn't hesitate to say yes.

"I was totally surprised," Waldby said. "I just expected to finish a race!"

Before Waldby could cool down after running 13.1 miles, the newly engaged couple was already being prodded for details of the wedding.

"No date yet," Torres said. "We still have to tell our families."