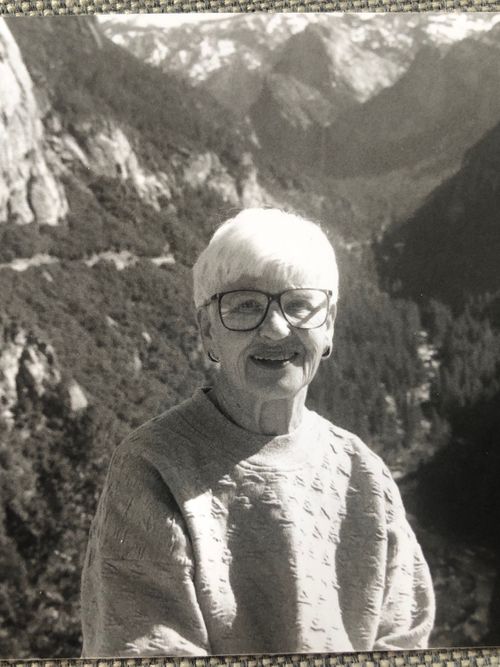 Isabella Runfola's life took her from Pennsylvania to Buffalo to Italy and back to Buffalo by the time she was 18, and that was before she won Charleston dancing competitions and met her future husband.

But throughout her life, which lasted more than a century, she was a champion for others.

Mrs. Runfola, a longtime volunteer for several Buffalo charities, an avid dancer and widow of prominent attorney Joseph P. Runfola, died peacefully in her sleep May 17 at her home in Marin County, Calif. She was 103.

She was born in Mildred, Pa., a coal mining area west of Scranton, to Giovanni Santi, a cobbler, and Columba Santi, a seamstress, both of whom had emigrated from Cagli, a town in the province of Marche in central Italy. While she was still an infant, the family settled in Buffalo.

When she was 10, her mother died. Her father took her and her younger sister, Carlotta, back to Cagli, leaving her older sisters, Irene and Laura, in Buffalo. In Cagli, she attended school and cared for her father and younger sister. She washed clothes in a river outside of town and baked bread in the community oven.

But she longed to return to Buffalo and, as a devout person, prayed daily that she would. Finally, in 1934, she made the journey back by herself as a passenger on the SS Rex, rejoining her older sisters on Buffalo’s West Side, where they scraped by, sometimes sharing a can of soup for dinner, according to her son, John.

Three years later, she graduated with honors from Hutchinson High School and, though it was the midst of the Great Depression, she soon found work as a legal secretary.

She was at a party with her eldest sister in 1937 when she met the love of her life, Joseph P. Runfola, and they married on June 21, 1941. He was a fervent baseball fan and the newlyweds honeymooned in New York City, where they watched the Yankees play the St. Louis Browns on the 36th game of Joe DiMaggio's 56-game hitting streak.

Mr. Runfola had worked for his father’s business, Runfola Coal and Coke Co., delivering coal to Buffalo homes. But after serving in the Army during World War II, he graduated from Canisius College on the GI Bill and then earned a law degree at the University of Buffalo. He became a leading criminal defense attorney and president of the Erie County Bar Association, where he promoted policies against sex discrimination and for public accountability.

The couple moved from Buffalo to the Town of Tonawanda in 1956, and had three sons, all of whom became lawyers.

Mrs. Runfola was a volunteer with the March of Dimes, the Women’s Auxiliary of the Erie County Bar Association, and the Romulus Club. She was also a member of the Transit Valley Country Club. A superb dancer, she won several Charleston competitions over the years.

In 1986, she and her husband retired in San Francisco, where their son, John, was raising his family. Her husband died in 1996.

On her 100th birthday, President and Mrs. Obama sent her a note that stated in part, “Your generation has shown the courage to persevere through depression and war and had the vision to broaden our liberties through changing times. Thank you for your contribution to the American story.”

In addition to her son, she is survived by two other sons, Joseph P. and Ross T.; five grandchildren and six great-grandchildren.

A Mass of Christian Burial will be offered at 2 p.m. Friday, May 31, in St. John the Baptist Catholic Church, 1085 Englewood Ave., Town of Tonawanda.