The FC St. Pauli professional soccer team posed for a picture in front of Trump Tower on Thursday, proudly displaying a rainbow flag to convey a message of tolerance.

Why would a 2.Bundesliga squad fly to America - after a grueling domestic campaign - for a two-match expedition, complemented by panel talks, political statements, tourist visits and supporters nights?

The answer to that question is simple and complex, but worth understanding before FC St. Pauli faces FC Buffalo in a friendly at 3 p.m. May 25 at Robert E. Rich All High Stadium (2885 Main St.; ticket details).

On a global level, FC St. Pauli is more influential off the field than on it, but it takes a certain level of footballing competence for outsiders to take notice. The club's values are decidedly liberal, zeroing in on three specific stances.

"Our members share anti-fascist, anti-homophobic and anti-racist views," said FCSP marketing manager Christian Pruess, who estimates the club has 30,000 official members. "You have to stand for [these] if you want to follow the club. If you don't, you won't have much fun with us."

It's this overarching emphasis on tolerance and acceptance - founded in the face of violent hooliganism that marked an ugly period in European soccer - that connects a German pro club, with more than a century of history, with a tiny amateur team across an ocean.

"[FC St. Pauli's visit] to Buffalo matters because they are a club that stands up against hate," said Ernie Thalhamer, founder of the FC St. Pauli Buffalo supporters group, which now has 30 members. "Here in Buffalo we have a massive, amazing refugee population and we can learn from St. Pauli and the way they embrace the refugee community."

Make no mistake, though: If you adhere to its rules, FC St. Pauli can be a lot of fun. There's the cool skull-and-crossbones logo that reflects the attitude and anti-establishment narrative; the devotion to punk music and culture; a tight supporters bond nurtured intentionally by the club's brass; and the opportunity to represent an organization that cares deeply about issues beyond simply kicking a ball. 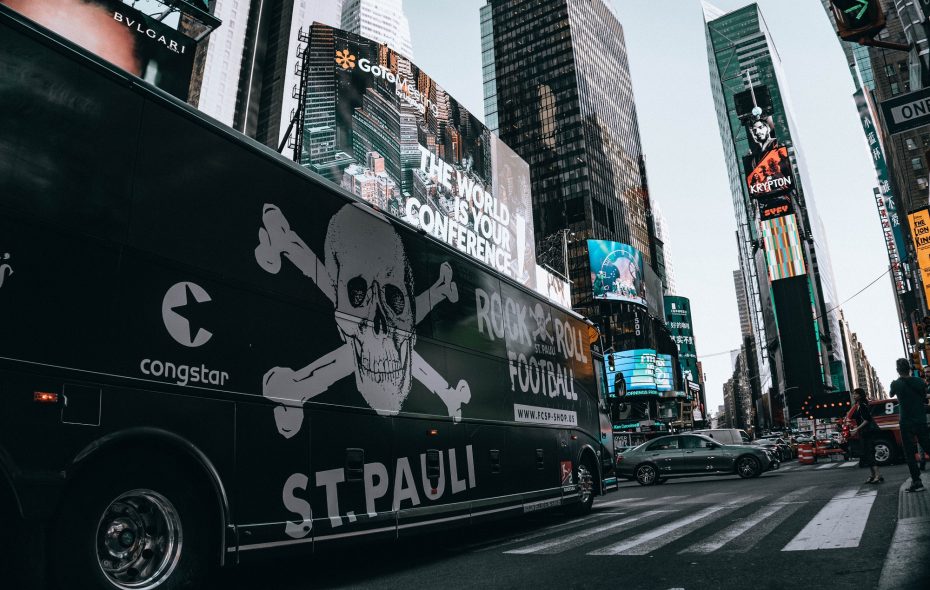 FC St. Pauli's sense of community was witnessed firsthand when FC Buffalo traveled to Hamburg, Germany, as part of its 10th anniversary trip in early May. A story on the Wolves' website delves into the treatment that made an NPSL team feel like a Champions League side.

But St. Pauli's ties to Buffalo predate the team's milestone adventure and even the scheduling of the friendly, thanks to the efforts of Thalhamer, a SUNY Buffalo State alum who relentlessly rallied supporters beginning in August 2017 after being inspired by the German club's activism and stances on social issues.

To show their appreciation for the support 4,000 miles away, as well as to back the independent football system in America (as opposed to Major League Soccer), St. Pauli accepted an invitation to play in Buffalo from Wolves owner Nick Mendola, who was connected to the German side through Detroit City FC owner Sean Mann, whose team played the Buccaneers last year.

During their brief stay in Buffalo - from Friday night to Sunday morning - FCSP will stop by Journey's End Refugee Services, a resettlement organization that strives to integrate refugees and immigrants into the city. America's immigration rules are just one battle ground for St. Pauli, which has also tackled environmental concerns and furthered education in music.

"We're not constantly talking about whether our first squad is winning or losing games," Pruess said. "We're consistently talking about problems we see - from local to global problems, sports and society related."

FC St. Pauli takes particular pride in its proactive approach. "Nobody is asking us [to speak out]," emphasized Pruess, part of a 10-person team that oversees everything from digital presence to marketing and graphics. "We feel we have an intrinsic responsibility [to highlight] things that are not OK."

One fairly recent soccer-specific example is a controversy over the financial structure of top-tier German soccer teams. Unlike leagues in most other European countries, Germany has traditionally followed the 50+1 ownership rule, preventing outside, commercial investors from becoming majority owners; a club's members - or fans - must own at least 51% of the team.

With an eye toward better results in European competitions, a significant portion of Bundesliga owners were in favor of overturning the rule so more money can be poured into the domestic clubs; St. Pauli - owned entirely by its members - was the most outspoken in warding off potential corporate greed. In the end, FC St. Pauli's motion was upheld with 18 votes out of 34, drawing the ire of giants such as Bayern Munich.

While some might argue soccer clubs should stay in their lane when it comes to political and social issues, these voices might not grasp the sport's global reach and influence.

"We don't like being behind borders," Pruess said, succinctly.