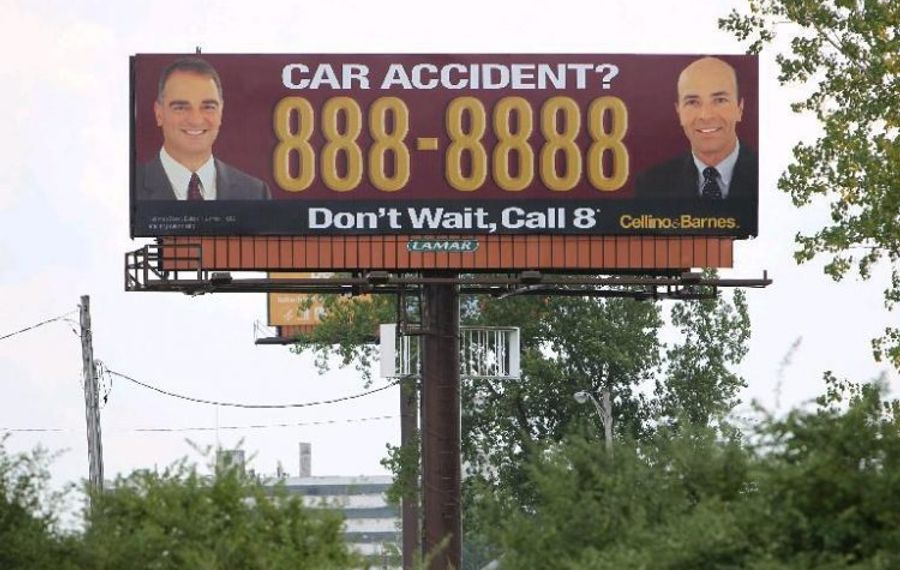 First, the ubiquitous radio and TV commercials, and the 888-8888 jingle. Then the nasty court case.

That is the title of a two-man play written by Mike Breen, 30, a Buffalo-born comedian now working out of Los Angeles, and his comedic partner, David Rafailedes.

Breen describes the play as one “largely based on hearsay from family and friends,” which “follows the story of the celebrity injury attorneys’ very public breakup.” There were three Buffalo performances last November, and performances in Chicago, New York City and L.A. A June 20 performance is planned for Union Hall in Brooklyn.

With megabucks at stake, Ross Cellino and Steve Barnes have been battling more than two years over Cellino’s desire to break away from the personal injury firm.

So far, neither Barnes nor Cellino has seen the play.

Cellino told The Buffalo News several relatives have seen it and found it “hilarious.” He plans to see it with his wife, Anna Marie, sometime over the summer.

“I have heard it is kind of funny,” Barnes said, calling the play a “testament to the national power” of the law firm’s brand. Asked if he’ll ever catch a show, Barnes said, “Plays are not really my thing.”

They’ll both get to see how the real thing plays out later this year, when the case goes to trial before State Supreme Court Judge Deborah Chimes.