The Securities and Exchange Commission wants to freeze Morgan's assets — including an investment fund that holds a loan for Morgan's interest in a redevelopment project at Gates Circle.

One complication: Morgan isn't the sole owner of either apartment complex. And his interest in the Gates Circle project is a partnership with another developer.

That could impact the other owners of all three properties who are not accused in the case.

Morgan, of Pittsford, was charged Wednesday with 46 counts of wire fraud, bank fraud and money laundering as part of what authorities assert was a conspiracy to defraud lenders and insurers out of hundreds of millions of dollars. The developer has amassed more than $3 billion in loans, of which prosecutors allege $500 million was fraudulently obtained.

In a related but separate action, the SEC filed an emergency lawsuit accusing Morgan of running a Ponzi scheme-like operation, which allegedly raised money from investors for new real estate projects but then siphoned off and misused the funds to repay previous investors and loans.

The SEC says there's not enough money to repay those investors — especially after $21 million in redemption requests from several of them early this year. So the agency sought emergency action to protect them, asking the court to freeze the assets of Morgan and his companies. 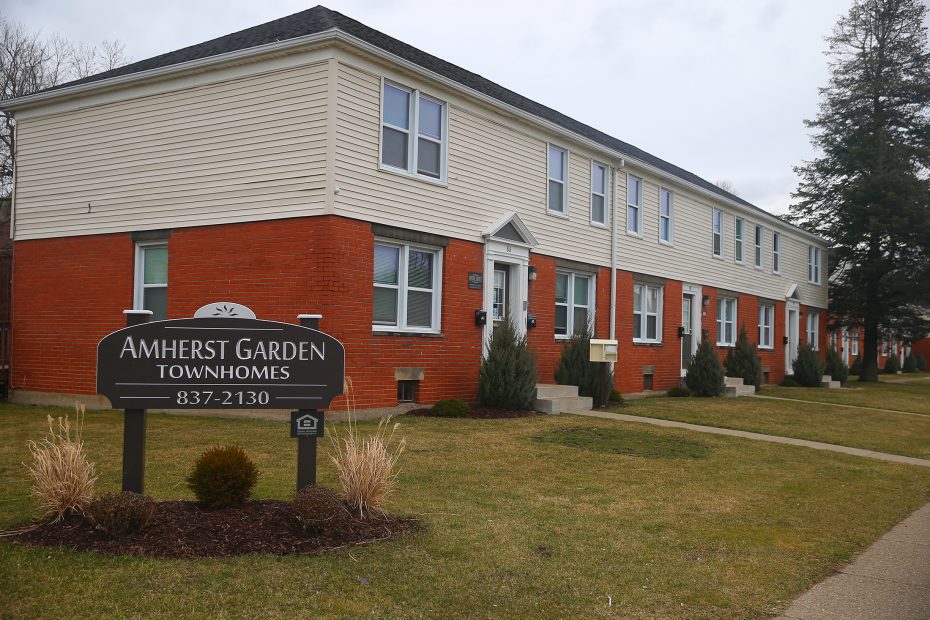 The government is seeking forfeiture of 12 properties in New York and Pennsylvania including the Amherst Garden complex on East Amherst Street. (John Hickey/Buffalo News)

Morgan's companies, Morgan Communities and Morgan Management, own or manage 140 apartment complexes with 36,000 apartments in 14 states — including 3,500 units in the Buffalo area.

The government is seeking the forfeiture of 12 properties in New York and Pennsylvania. They include the Morgan Ellicott Apartments on William Street and Amherst Gardens on East Amherst Street.

Morgan, however, does not have full control of either property. Morgan is a co-owner of Morgan Ellicott Apartments along with Brett Fitzpatrick, and has no current ownership of Amherst Gardens, which is owned by Fitzpatrick and Aaron Siegel.

Prosecutors say Amherst Gardens was the subject of wire and bank fraud allegedly committed by Giacobbe, the mortgage broker.

Similarly, they accuse Giacobbe and Morgan of submitting fake records to get two loans on the Morgan Ellicott apartments.

Siegel declined to comment, as did his attorney, Jonathan Schechter of Gross Shuman.

Barbara Burns, spokeswoman for the U.S. Attorney’s Office, said that even a property that is not owned by Morgan or any of the current defendants is still “subject to forfeiture because it is part of the alleged bank fraud.” However, she said, if a judge orders a seizure, property owners who are not defendants in the case can file a separate action to prevent it.

Seizure of any property would affect only the ownership, not the tenants.

Meanwhile, as the SEC conducted its own investigation of Morgan, with help from the FBI, it centered on securities fraud, concerning Morgan's efforts to raise money from individual investors.

Now, the SEC wants to freeze the assets of Morgan and his companies in an effort to protect investors, citing Morgan's efforts to sell his own home and much of his real estate business, as well as a threat of bankruptcy that Morgan himself referenced in an email submitted by the SEC to the court.

Morgan, in a Feb. 12 email to his nephew, Kevin, and his brother, Herb, wrote that the family companies could face bankruptcy if they did not come up with a plan.

"We are bouncing checks and we will not make notes fund payment this month," Morgan wrote. "We are way behind."

The email was included in documents submitted as part of the SEC's lawsuit against Morgan. In the email, the developer cited an expected $78 million in losses on various deals, an overdraft with M&T Bank on mortgage payments, and pending bills of more than $4 million. Meanwhile, he wrote in the email to his family, he had personally pumped $55 million of his own money into the business.

"Hopefully I didn't say anything in here that will incriminate me but this is a request to get together with your family and figure out a plan," Morgan wrote. "Your family is losing tens of millions of dollars, and it doesn't have to be like this."

Kevin Morgan, a former vice president with Morgan's company, pleaded guilty in December to federal fraud charges and is cooperating with investigators.

Herb Morgan, Kevin's father and an investor in the properties, sued Robert Morgan last year for not sharing the proceeds from property sales. 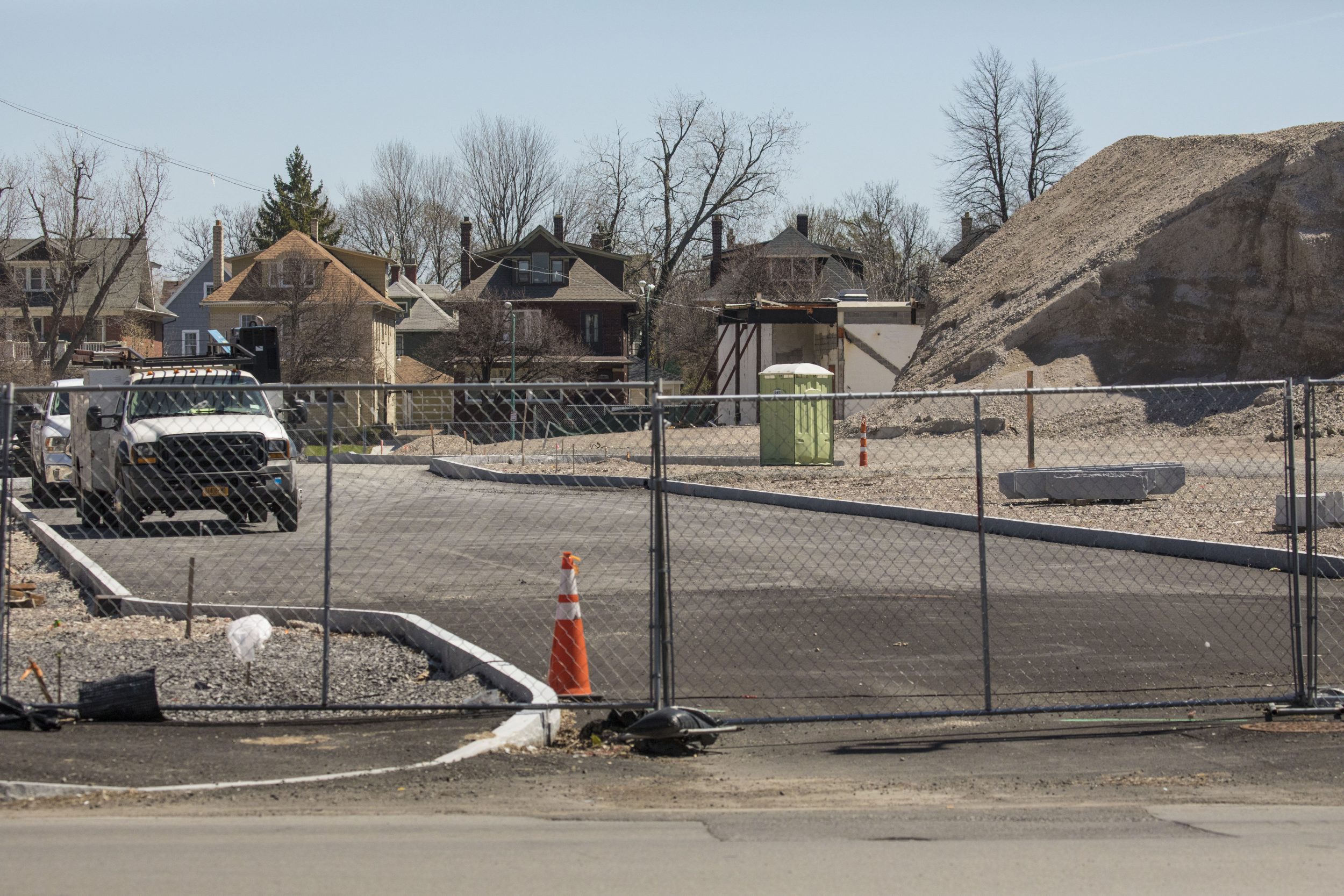 The SEC wants to freeze Morgan's assets — including an investment fund that holds a loan for Morgan's interest in a redevelopment project at Gates Circle. The Gates Circle project with TM Montante Development has not been implicated in any mortgage wrongdoing. (Derek Gee/Buffalo News)

Morgan's email and other developments sparked the SEC this week to ask the court to order a freeze of Morgan's assets, including his bank accounts, and to appoint a receiver to take control of the funds. Those funds have loans out to 46 properties — including Morgan's partnership with TM Montante Development for the new Lancaster Square at Gates Circle.

The Gates Circle project with TM Montante Development has not been implicated in any mortgage wrongdoing.

Montante brought in Morgan to help with the multi-year project. Plans call for more than 500 apartments, condos or townhouses in multiple buildings, along with ground-floor retail space, a fitness center and a grocery.

But much of the project has been in limbo since the demolition of the former Millard Fillmore Hospital tower and other buildings, along with the clearing of much of the site. The two projects that have been completed, the Canterbury Woods senior housing community and a People Inc. affordable-housing building, did not involve Montante and Morgan.

Montante has approval to construct a new six-story building, and has plans to purchase a city-owned parking ramp, renovate an old office building at 1275 Delaware and begin other projects. But first the firm needs to complete its buyout of Morgan, which they have been seeking for months. Until then, nothing else can proceed, officials have said — in part because they can't get financing as long as Morgan is involved. And it's not clear how that might be impacted by a court freeze on Morgan.

Montante spokesman Byron DeLuke said the firm is "continuing to move forward in our efforts to develop Lancaster Square," but did not respond specifically to inquiries about the impact of the SEC case on the project.