Many a graduate of South Park High School has gone off to war and never returned.

Robert Moyle, an aspiring doctor from South Park’s Class of 1940, was a medic killed on Okinawa while trying to save the life of a wounded Marine.

Pfc. Ronald Halliman, Class of '49, was reported missing in action during the Korean War after his unit was overrun in the Battle of Pusan.

Salvator “Sammy” Balestrieri, Class of '37, was a Navy ensign whose submarine was attacked in the waters off the coast of Japan.

They are among the 123 fallen soldiers who once walked the halls of this high school in South Buffalo and who will be posthumously awarded the Conspicuous Service Cross during ceremonies this week in observance of Memorial Day.

“Oh my gosh, I’m ecstatic,” said Ellie Petkovsky, who will accept the medal in honor of Balestrieri, her late brother. “It’s 75 years later. To be recognized at this time is just phenomenal.”

Thanks go to Matthew Parsons.

Parsons, a 1970 graduate of South Park, wrote a book a few years back that documented the school's graduates who were killed during their war-time service – from John A. Mallion, who died in battle during World War I, to Army Sgt. David M. McKeever, who was killed by a rocket-propelled grenade during an ambush in Iraq. 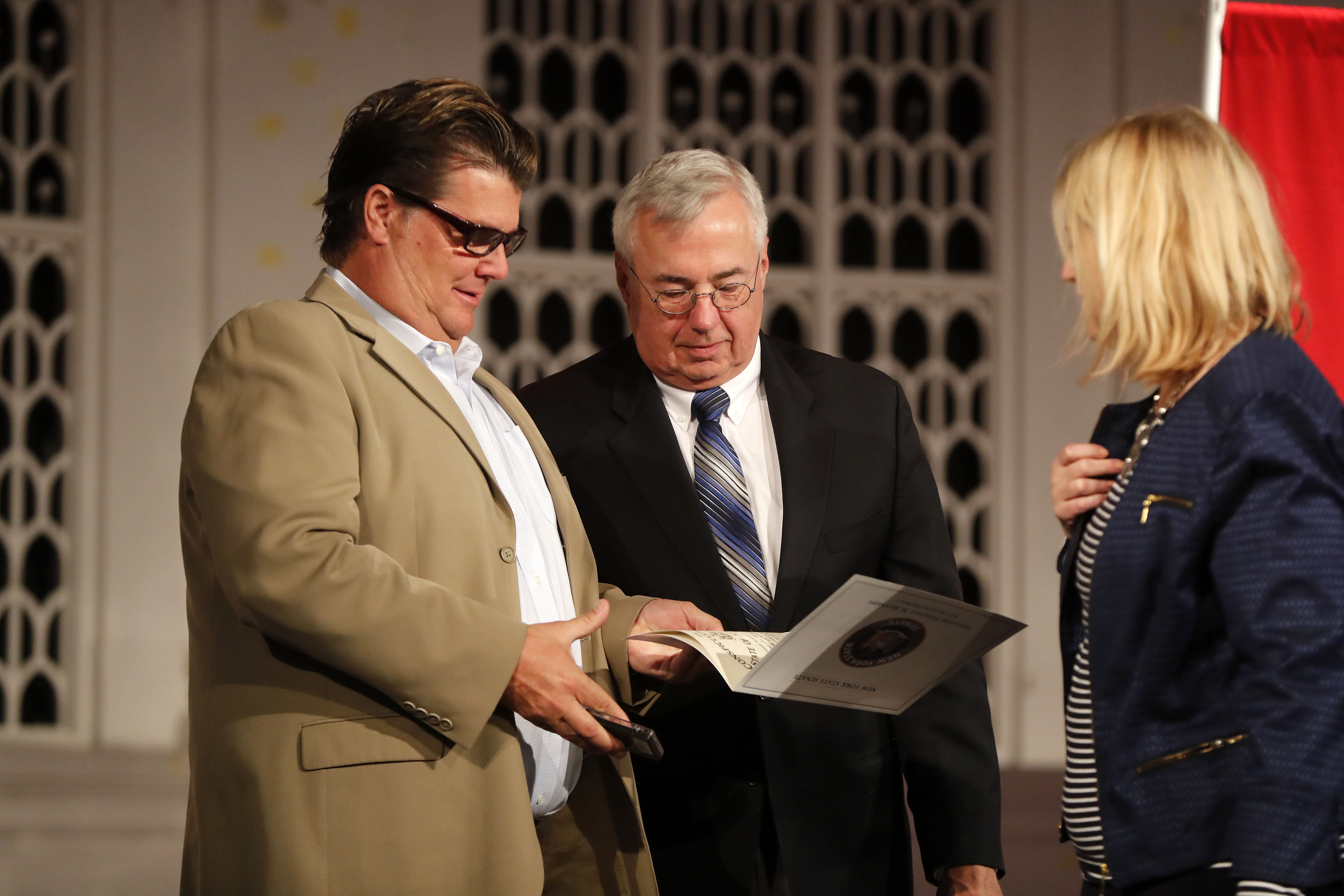 Parsons – a former Buffalo homicide investigator who retired in 2011 as assistant director of the Naval Criminal Investigative Service – cataloged a total of 179 fallen comrades from South Park.

But then he did one better.

During his research, Parsons recognized that only 13 had received a Conspicuous Service Cross given by the state to New Yorkers who distinguish themselves during active duty. More specifically, the medal is bestowed upon soldiers who were prisoners of war, served during the bombing of Pearl Harbor or on D-Day, or were declared killed or missing in action.

So Parsons, with the help of state Sen. Tim Kennedy’s office, set out to see that the others were recognized, too.

Parsons downloaded the application off the internet, and armed with research from his book, provided the state’s Division of Military and Naval Affairs a summary on each of the soldiers along with documentation proving they qualified for the medal.

Of the 179 fallen South Park soldiers, the state concluded 123 qualified for the Conspicuous Service Cross.

Parsons also sought out family members, and relatives for at least 30 of the fallen South Park soldiers are expected to attend an event at the school on Thursday. A smaller ceremony was held Wednesday morning for relatives of two of the soldiers.

The remaining medals will be turned over to South Park, where they will be on display.

There was Allen “Buddy” Stoehr, from South Park’s Class of '44. He survived the invasion of Normandy, only to die four months later in Belgium trying to disarm a land mine.

There was Jerry Reilly, Class of '42. The 20-year-old from the First Ward was a gunner’s mate on the USS Juneau, the cruiser that went down with the five Sullivan brothers aboard.

There was Bernard Ziegler, Reilly’s classmate from '42. A staff sergeant in the Army Air Force, Ziegler was aboard a plane en route to Hawaii from California when it ended up 1,000 miles off course and went down in the north Pacific, never to be found.

There was Richard “Dutch” Berry, Class of '44. Berry, who stood all of 5 foot, 3 inches tall, served nine months in the Navy at the end of World War II, and then was drafted into the Army during the Korean War. He arrived in Korea in May of 1951 and was reported missing in action eight days later. Berry died a prisoner of war.

And there were William Scanlon, John Mulvey and Theodore Petoniak. Scanlon and Mulvey were neighbors on Stevenson Street, a few blocks from the school, where Mulvey and Petoniak graduated together in 1943.

All three were killed on D-Day while serving in the Army’s 299th Combat Engineer Battalion, which was tasked with clearing enemy obstructions so troops could land on the beaches of Normandy.

“The school is over 100 years old and this is part of our heritage, our history," said Schuta, who is also a South Park alumna. "We should never forget that.

“It’s also such a teachable moment for our students to really know this is what happened to alumni that walked the same halls as they did,” Schuta said.

She's grateful to Parsons for the time and effort he put into making sure his fellow alumni were not forgotten.

“It just seemed like the right thing to do,” Parsons said. “They were out there doing their jobs and they lost their lives in service to America.”