When it comes to fishing tournaments, it’s often not how many fish you catch, but the quality of those fish when it’s time to weigh in. Justin Wekenmann of Farnham, fishing with Rob Oram of Franklinville out of Cattaraugus Creek on Saturday, were competing in the Southtowns Walleye Association of WNY’s annual spring yellow perch tournament. They only caught 16 fish, but five of those fish totaled 6.38 pounds to win the $300 prize. A total of 154 anglers registered for the event.

“Thanks to Mark Mohr because he told us that there were some bigger fish hanging around off the Catt,” Wekenmann said. “We hit 50-plus feet of water and caught enough nice perch to win it.” Runner-up was Joshua Marshall of Alden with 6.17 pounds of perch. Third place went to Joe Jemiolo Jr. with 6.04 pounds and Dave Muir of North Tonawanda was fourth with 5.95 pounds. Mohr finished in fifth.

Capt. Rob Taddeo of Hilton and his Hideout team of Jason Tracey, Kevin Bartnicki, John Butino and Eric Demarte almost had to back out of the Wilson Harbor Invitational Tournament last weekend. Thanks to some last-minute heroics by Lake Breeze Marina in Orleans County (rebuilding a new carburetor), they were able to get back in the one-day contest and win the top prize of $13,000 for the best six salmon with a score of 155.05 points (based on 10 points per fish and a point per pound). 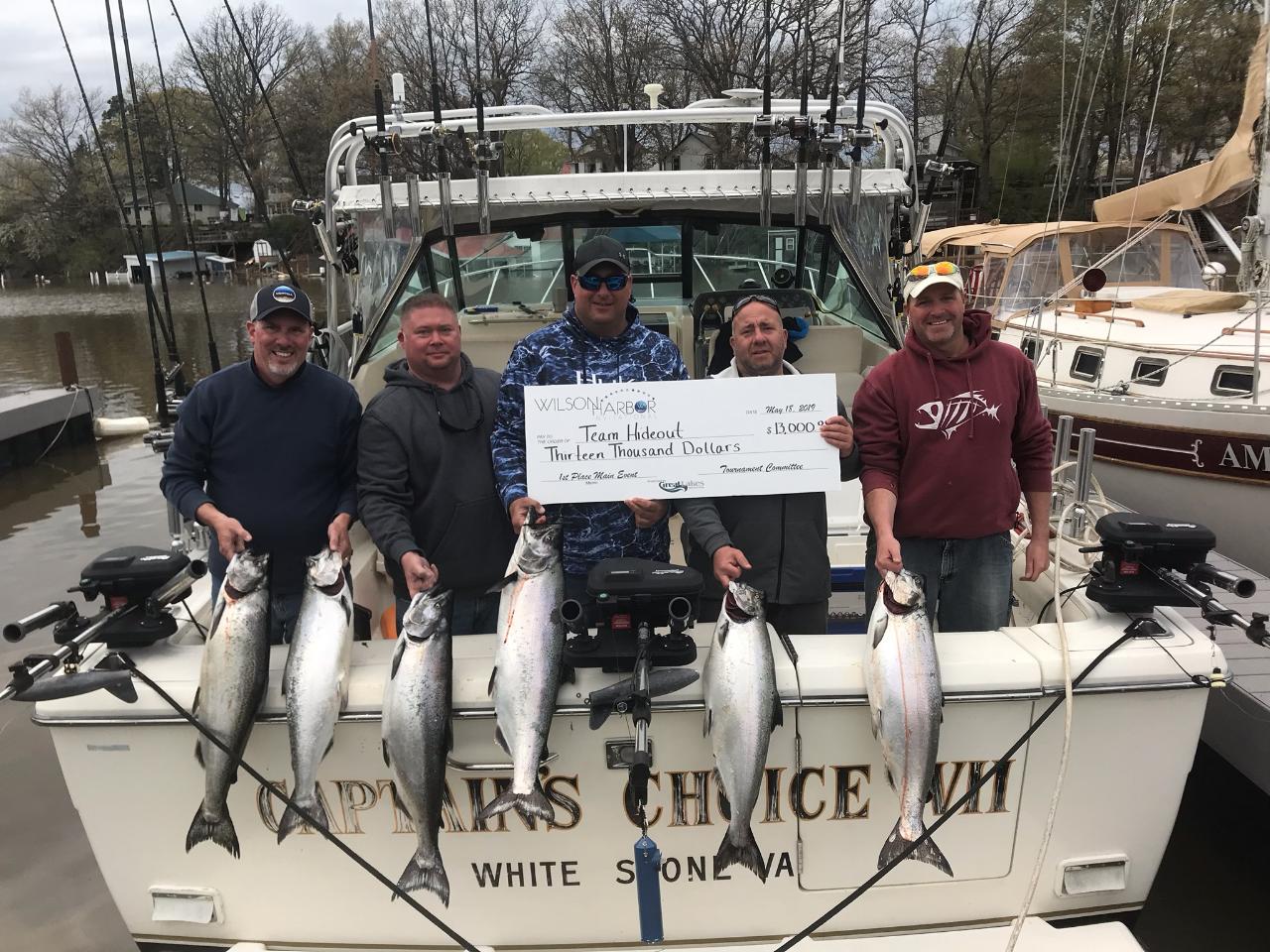 “We fished down to Wilson from Point Breeze on Thursday and had a slow pick of kings,” Taddeo said. “There was nothing crazy for us until we got to Shadigee and it was lights out. Friday, we fished from Wilson to the Somerset plant and only did four kings the entire day. We decided as a team to go back to Shadigee and it paid off because fish were still there. We fished 50 to 70 feet of water in morning and slid out to 140 feet of water in the afternoon. Most fish were caught on spoons, but we did catch some fish deeper on cut bait.”

A Sportswoman's Tale: Hamburg teen gets her first bird during Youth Weekend Sat, May 23, 2020

By Samantha Beres, HamburgI will never forget my first time turkey hunting. It was April 25. I woke up at 4:30 a.m. My dad and I drove to Brant. When we got there, we got dressed and started the 10-minute walk to the blind.Once we got settled…

Applications are being accepted for the Don Johannes Memorial Scholarship, providing a monetary award of $500 to a promising individual who loves the outdoors. These cash awards are for any full-time student who is pursuing a degree in environmental protection, conservation, natural resources, forestry, wildlife and fisheries, environmental law or other such programs. To receive an application, contact Mike Johannes at 523-1727 or email him at fintroller@aol.com.

Thanks to generous donations by Wilson Harbor Invitational Salmon Tournament teams last year, there were two $700 Don Johannes Memorial scholarships handed out in 2018. The deadline to apply is June 30.

The Don Johannes/Pete DeAngelo Memorial 3-Fish, Big Fish Contest, the traditional kickoff to the Niagara County Lake Ontario Pro-Am Salmon Team Tournament in Wilson and Olcott, will be held on May 30. The contest is a “best 3 fish” contest with prizes for the biggest fish overall as well. Entry fee is $100 per boat and you do not have to be entered in the Pro-Am event, set for May 31 and June 1 out of the ports of Wilson and Olcott.

Weigh in will take place at Bootleggers Cove Marina in Wilson and you must be in line by 3 p.m. Outside of a donation to Niagara Hospice, the remainder of the entry fees will be paid to competitors. Register at Bootleggers Cove or the Wilson Boat Yard gas shack in Wilson; the Boat Doctors or the Slippery Sinker in Olcott. For more information, contact Mike Johannes at 523-1727.