The 50th season in the history of the Buffalo Sabres will be commemorated by two logos in 2019-20.

The team revealed two crests Monday, both emblazoned with the number 50 but each has a slightly different approach to honoring the milestone season. However, a number of fans expressed disappointment on social media over the team's continued use of navy blue, as opposed to the royal blue worn by the team from its inception in 1970 until the switch to red and black in 1996.

Rather than overhauling the color scheme, the Sabres' staff opted for a simple approach to utilize the different elements in the team's current primary logo.

"We did a lot of research," executive vice president of creative services Frank Cravotta told the team's website. "Simplicity for Kim and Terry [Pegula] is key. You see some of these [logos other teams have created] that have very complex designs. They wanted it kind of stripped down, clean, and simple. ...

"We looked to take the Sabres crest and use its main design feature in the 50th patch. While the scale of some of those elements have changed, we like that it feels like an extension of our identity." 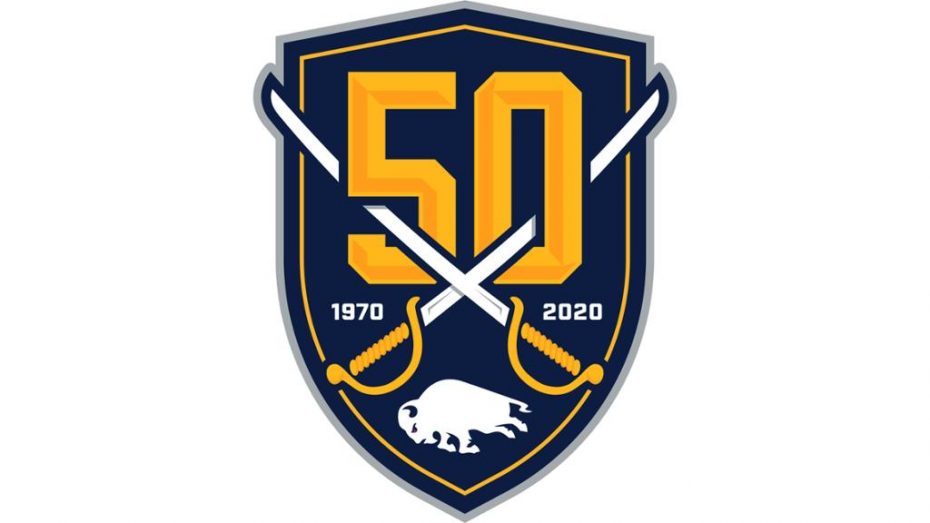 The primary commemorative crest has the Buffalo placed below two crossed Sabres, with each blade stuck through a large number 50 and the years of the milestone seasons are displayed: 1970 and 2020.

According to a news release, the placement of the patch on the jersey is yet to be determined and it may also appear on the players' helmets.

The alternative crest, which will be used for various marketing campaigns, has a smaller primary Sabres logo, including the Buffalo and two crossed Sabres, placed on top of one bigger Sabre sword and situation between 1970. A larger number 50 is situated above the primary Sabre sword. 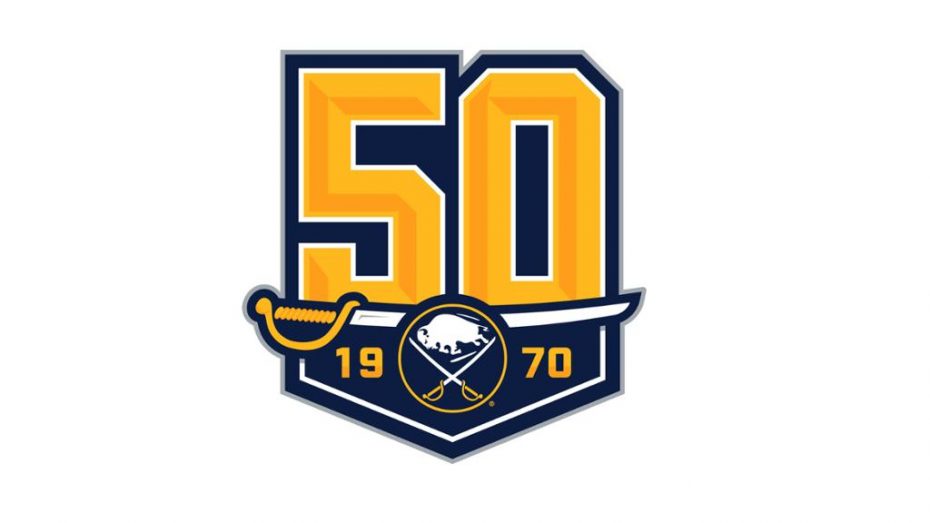 The Sabres previously wore commemorative patches in 1989-90 and 1994-95 to recognize the 20th and 25th seasons in franchise history, respectively. Fans of the royal blue color scheme should not be surprised by its exclusion since it has not been used on the team's primary uniforms since 1996.