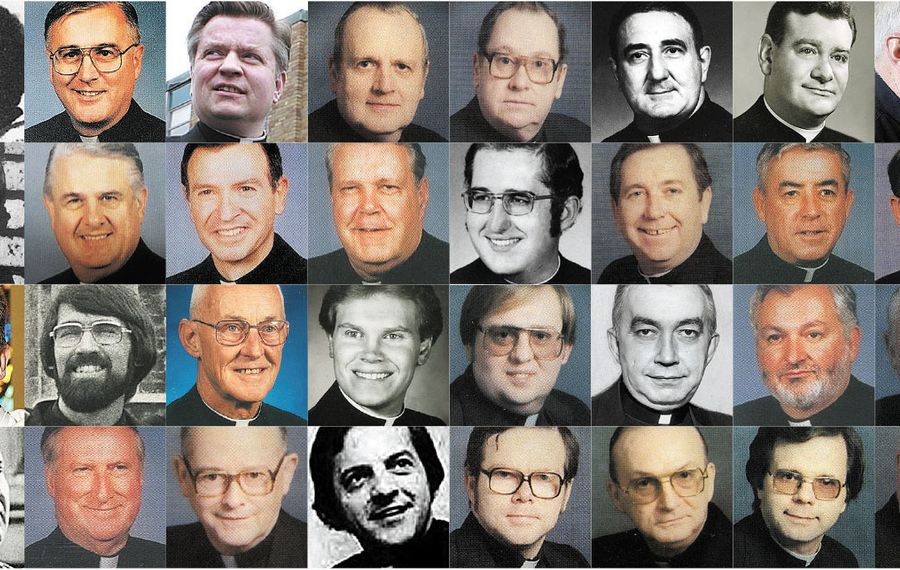 Hardly any of the more than 100 Buffalo area priests implicated as child molesters spent so much as one day in jail.

For years, most of their victims were too scared or embarrassed to make complaints.

But Buffalo Police had marching orders not to arrest Catholic priests, according to former vice squad Detective Martin Harrington and other retired officers. Instead they alerted the bishop’s office to any illegal activities.

The policy “only extended to Catholic priests,” Harrington recalled. “If we caught clergy from other religions, we arrested them.”

“When I joined the vice squad in 1968, the department had just changed its policy on priests. You used to just let them go. Starting around 1968, when you picked up a priest, you had to call the bishop’s office,” recalled Jurewicz, who retired in 2002. “The bishop’s office would send someone to pick up the priest. No arrest was made. The diocese handled these problems.”

Harrington was one of several retired Buffalo officers who told The Buffalo News they don't recall the diocese ever reporting a priest to their department for molesting a child.

In 2003, a year after a clergy abuse scandal erupted in Boston, the Buffalo Diocese signed an agreement with district attorneys in Western New York promising for the first time to report to the prosecutors any allegations against priests involving sexual misconduct of minors.

But The News could find no record of Buffalo Police ever charging a priest with molesting a child in the past 50 years.

The News found only one Buffalo Diocese clergyman in the past 50 years criminally charged with molesting children anywhere in Western New York.

That was Rev. Gerald C. Jasinski, a former Lancaster priest arrested in 1986 by the Wyoming County Sheriff’s Department. Jasinski was accused of having sexual contact with two male teenagers – 15 and 18 – in a cabin. He pleaded guilty to a misdemeanor of attempted sexual abuse and was put on probation for five years.

Like Harrington, Jurewicz, the retired vice squad lieutenant, said he never knowingly turned loose a child molester. They said the priests they encountered were caught with pornography or in compromising positions with other adults.

“I’m Catholic. This is the way things were done,” Jurewicz said. “It’s easy to say in retrospect that we shouldn’t have done it that way.”

A former Buffalo Police captain, also retired, recalled an incident from the 1970s in South Buffalo, when a man and woman showed up at a police station to accuse a priest of molesting their son. Two detectives were assigned to investigate.

They turned up enough information to lend credence to the parents’ claim, the former captain said, but the priest was not arrested.

“All that happened is that he was transferred immediately to another parish,” said the retired captain, who spoke on the condition that his name would not be published. “It was a horrible thing. If this happened today, I would make sure it was handled differently. We should have been arresting these people.”

An internal Buffalo Diocese document obtained by The News states that Buffalo Police found the Rev. David Bialkowski in a parked car with a 16-year-old boy twice in one night in December 1994. Police filed no charges and found “no inappropriate activity” was occurring, according to the report, but police did report the incident to the diocese in February 1995.

Sixteen years after that, the Buffalo Diocese removed Bialkowski from ministry based on “a series of allegations” about his conduct, including the 1994 incident, the diocese document said.

Last year, Bialkowski was among the former and current priests that the diocese listed as having been “credibly accused” of sexual misconduct with minors.

According to Harrington and another retired officer, the department’s unwritten rule exempting Catholic priests from arrest was changed when R. Gil Kerlikowske became the Buffalo Police commissioner in 1994.

Kerlikowske said he doesn’t recall specifically giving that order. “But when I came into the department as an outsider, I made it clear that we were going to operate on a level playing field with situations like that,” he said. “No more special favors to certain groups of people."

Kerlikowske said he believes the diocese kept complaints about molester priests “in house” rather than reporting such incidents to police.

During his nearly five years as commissioner, Kerlikowske said he never heard of a single allegation of any priest molesting a child in the city of Buffalo.

“Something that serious, if it had been reported to our detectives, would have come to my attention,” Kerlikowske, now living in Charleston, S.C., told The News. “I believe the church hierarchy would deal with these things themselves as opposed to going to police. It’s only in recent years that people are finding out that things were not being done properly.”

In response to a Freedom of Information Law request from The News, Buffalo Police checked their records to see if any incidents of sexual abuse or misconduct by priests have been reported in the past 10 years. Police said no such reports were made by Buffalo Diocese officials.

When asked by The News if there are records prior to 10 years ago of diocese officials reporting molester priests to the Buffalo Police Sex Offenses Squad, the department’s current leaders declined to comment. 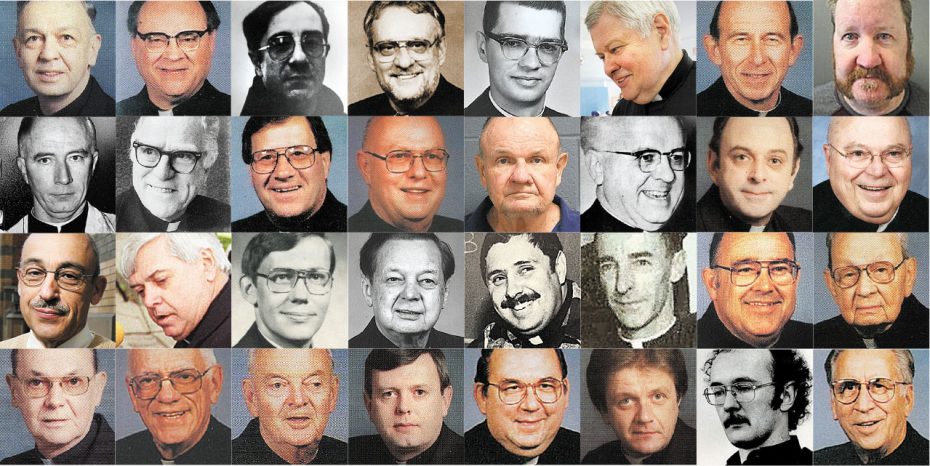 More priests who served in the Buffalo Diocese who were accused of molesting children.

Many of the victims waited years – and quite often, decades – to report their abuse to anyone. By the time they did report it, New York’s statute of limitations on criminal prosecutions made it impossible to press charges.

“In those days, no one could imagine that a priest would ever do such a thing. You were afraid that no one would believe you, and you’d be a laughing stock if you told anyone,” said Larry Kasper, 64, who alleges that he was molested as a teenager by two Buffalo priests who are now deceased, Linus Hennessy and William F.J. White. “Hennessy punched me between the legs one time, so hard that I started to cry. He told me, ‘If you ever tell anyone about this, this will only be the beginning of what happens to you.’ I never said a word to anyone for almost 50 years.”

Other sex abuse victims said they told church officials, but their accusations were ignored.

Christopher Szuflita, a former altar boy who alleges that he was repeatedly molested by Rev. Joseph Friel of West Seneca, remembers what happened in 1970 when he and his father went to tell their pastor, the late Msgr. Martin Ebner, about the sexual abuse.

“The pastor screamed at us, called me a liar, and threatened to have me and my father excommunicated from the Catholic Church,” said Szuflita, now 66.

The diocese did not publicly say Friel had been credibly accused of sexual abusing a minor until decades later, in 2018.

New York State laws made it easy for church officials to keep abuse complaints out of the public eye, because church officials are not “mandated reporters” who are required to report suspected child abuse, unlike school principals, guidance counselors, social workers and many other professionals who work with children.

“I was sexually assaulted by Father Michael Freeman, in 1980. I finally got my courage up and reported it to the Buffalo Diocese in 1984,” said Niagara Falls attorney Paul K. Barr. “I was reporting a felony sex crime. The diocese should have reported it immediately to the police."

“We can only imagine how many incidents would have been uncovered if priests, bishops and all church officials were mandated reporters,” Wallace said. “If we don’t close this loophole, it’s going to happen many times again.”

The Buffalo Diocese would support making priests mandated reporters of child abuse "so long as the seal of the confessional continues to be respected as it has been for centuries," said Kathy Spangler, a spokeswoman for Bishop Richard J. Malone.

Buffalo Police did arrest a local priest in 1999, when the Rev. Benedict P. Barszcz was charged with exposing himself to two teenage girls on an East Side street corner. In that case, two Amherst Police detectives who happened to be in the neighborhood took Barszcz into custody and turned him over to Buffalo officers. Court records on the incident are sealed, making the outcome of the case a secret.

Between the years 1994 and 2005, several Buffalo Diocese priests were prosecuted criminally. A Depew priest was arrested by Town of Tonawanda police after two incidents in Ellicott Creek Park involving adult victims, one involving public lewdness and another involving sexual assault. A Lackawanna priest and a Buffalo priest were arrested on drug charges by federal agents. A priest from Varysburg in Wyoming County was sent to federal prison for possession of child pornography.

Western New York is not the only community where criminal convictions of molester priests are exceedingly rare.

Last year, Pennsylvania authorities completed a massive investigation into clergy abuse there. Attorney General Josh Shapiro said the probe uncovered “credible evidence” that at least 301 priests abused more than 1,000 victims over a period of 70 years. Only three of those priests have been criminally prosecuted.

Shapiro blamed the lack of prosecutions on “a systematic cover-up” by senior church officials, but he also said some law enforcement officials helped to cover up the crimes.

In 2003, the Buffalo Diocese signed an agreement with the district attorneys in the eight counties in the diocese, promising to report to the prosecutors any allegations against priests involving sexual misconduct of minors.

"The diocese has complied with its reporting duties," said Spangler, the bishop's spokeswoman.

"The diocese does not pressure police, district attorneys, or other law enforcement agencies not to prosecute claims of sexual abuse of minors," she wrote. "To the contrary, the diocese reports claims in accordance with the agreement, and the diocesan victim assistance coordinator encourages victim-survivors to report their abuse to law enforcement."

She suggested one reason why there have been very few prosecutions of priests in Western New York since 2000 is that there have been no allegations about priests sexually abusing children since then.

"In fact, of the 191 cases reported in our most recent annual audit, not one case involved abuse that occurred since 2000," she wrote.

The statute of limitations for prosecutions has been a great help to many child molesters in New York and other states, said Florina Altshiler, a Buffalo attorney and former sex crimes prosecutor.

The Child Victims Act that was passed by state lawmakers in January will help that situation somewhat, Altshiler said. Childhood victims of sexual abuse had until they were 23 to report the incidents to police. The new law allows prosecutions of cases that are reported before the victim turns 28.

But in cases all over the country, victims were so embarrassed and scared that many waited 30 years or longer before they reported the incidents to anyone, even their loved ones, said Stacey Benson, a Minnesota attorney who has represented dozens of clergy abuse victims.

“When Orsolits molested me, he told me, ‘Don’t tell your mom, don’t tell anyone about this,’ ” Whalen said. “He warned me that God would punish my mom. I believed him. I was scared.”