The Missing of Clairdelune, Volume 2 of the Mirror Visitor Quartet by Christelle Dabos, translated from the French by Hildegarde Serle; Europa Editions, 540 pages ($20.95) Ages 12 and up. 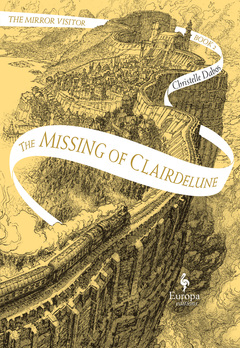 Prepare to be dazzled yet again, as French author Christelle Dabos returns in Book 2 with an even more deliciously complicated fantasy featuring formidable heroine Ophelia, who has the ability to travel through mirrors and to read the history of an object simply by touch.

"The Mirror Visitor Quartet" is set in a richly imagined "post-Rupture" universe, a world of floating planetary fragments or "arks" inhabited by families with special powers and ruled by the spirit of an immortal ancestor. (A helpful summary at the start fills the reader in on Book 1.)

As this book begins, clumsy, perpetually bedraggled Ophelia is awaiting her arranged marriage to tall and taciturn Thorn, who is despised for his bastard status and hated in his role as Treasurer of the Pole. Ophelia is convinced Thorn only wishes to marry her to gain her powers as a Reader in his ambition to interpret a special Book for Farouk, ancestral spirit of the Pole. But when Farouk promotes Ophelia to Vice Storyteller, she finds herself thrust into an unwelcome spotlight. Threatening letters start to arrive; people disappear. Powerful forces seem determined to erase the past.

Dabos offers pulse-pounding suspense, memorable characters, rival clans and elaborate political arrangements rooted in myth, a rich sense of place in her invented geography of the Arks. Here is her description of Farouk's Book:  "It appeared to be made entirely out of skin, a supple and smooth texture without a trace of mildew, not even a whiff, and yet this object was several centuries old. That particular alphabet, all intricate arabesques and diacritical marks, had no known equivalent. It had been printed indelibly on to the skin of the Book, using a technique similar to that of tattooing."

The author is endlessly inventive: much intrigue revolves around blue sandglasses that can whisk one away to a paradise of one's choosing.  The search for the missing leads Ophelia and Thorn to the sandglass workshop in the vast basement of Citaceleste, a labyrinth described in marvelous detail. The tortuous romance between Ophelia and Thorn, of one misunderstanding after another, of the two constantly at cross-purposes, is deliciously done. In one scene, Ophelia has gotten herself stuck in a mirror, only to be rescued by Thorn, as he is in the middle of taking an inventory of beasts, namely dogs belonging to aristocrats as a possible solution in case of future famine. "If it were just up to me, I would first select the fattest minister, but cannibalism is an illegal practice, even in the Pole."  Ophelia slowly, painfully comes to a deeper appreciation of Thorn, just before the cliffhanger ending. Sprinkled through the chapters are enigmatic interludes titled "Fragments: a reminder" in italic type hinting at another pulling strings behind the scenes.  This beautifully written, fascinating series will appeal not just to teens but to any lover of fantasy. 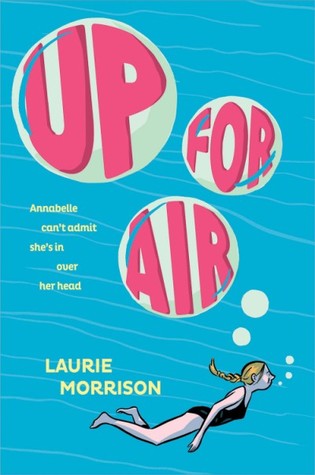 Thirteen-year-old Annabelle struggles at her private school, dreading every history test and constantly embarrassed by the special help she needs, unlike her friends Mia and Jeremy. She feels as though she's constantly disappointing her mother and stepfather, who seem to excel at everything they do, and worries that her bad grades will cost her her scholarship. But in the swimming pool, she's a star, and her speed at the butterfly earns her a spot in the relay on the high school swim team. This throws her together with older students and especially with a flirtatious fellow named Connor who seems to be giving her special attention.

Author Laurie Morrison taught middle school for many years, and she does a wonderful job capturing the confusion of adolescence,  what it's like to be 13, teetering between childhood and adulthood, getting used to a changing body and altered friendships, the missteps involved in trying to interpret the mixed signals of getting along in a more adult world. She also offers an interesting exploration of competitive swimming and its role in giving Annabelle confidence. There's an interesting subplot in Annabelle's attempt to re-establish a relationship with her father who has been out of the picture since his alcoholism led to divorce years before. Morrison previously co-wrote middle-grade novel, "Every Shiny Thing," with Cordelia Jensen.