It was his first time on stage, but when actor Jesse L. Martin played Scrooge at the former Campus West School, he gave it everything he had.

“My little fifth-grade self acted up a storm. I’m sure I overacted, but I was amazing. Somehow, I knew I would end up in New York City, and it started here in this school. Buffalo gave me everything as a kid,” Martin said Friday during a tour of his old school on the SUNY Buffalo State campus, conducted by college President Katherine S. Conway-Turner.

Martin, who originated the role of Tom Collins in the Broadway musical "Rent," will deliver the 147th commencement address for SUNY Buffalo State during graduation ceremonies on Saturday.

He was not born in Buffalo, but he moved here with his family at a young age and graduated from the Buffalo Academy for Visual and Performing Arts. His memories of childhood showed a strong attraction to the arts.

“I visited Albright-Knox and the History Museum almost every weekend because I thought it was so cool. At age 13, I became an apprentice at Shakespeare in the Park," he said. Apprenticing there “totally introduced me to Shakespeare,” he added.

It wasn’t until Martin attended Performing Arts that he really discovered acting, he said during a news conference in Buckham Hall on the Elmwood Avenue campus. Martin credited many of his teachers with seeing “whatever they saw in me. They pushed me because I needed it," he said.

Topping the list of teachers was Fortunato Pezzimenti, a theater instructor at Performing Arts who fostered Martin’s passion for acting and a love of William Shakespeare. 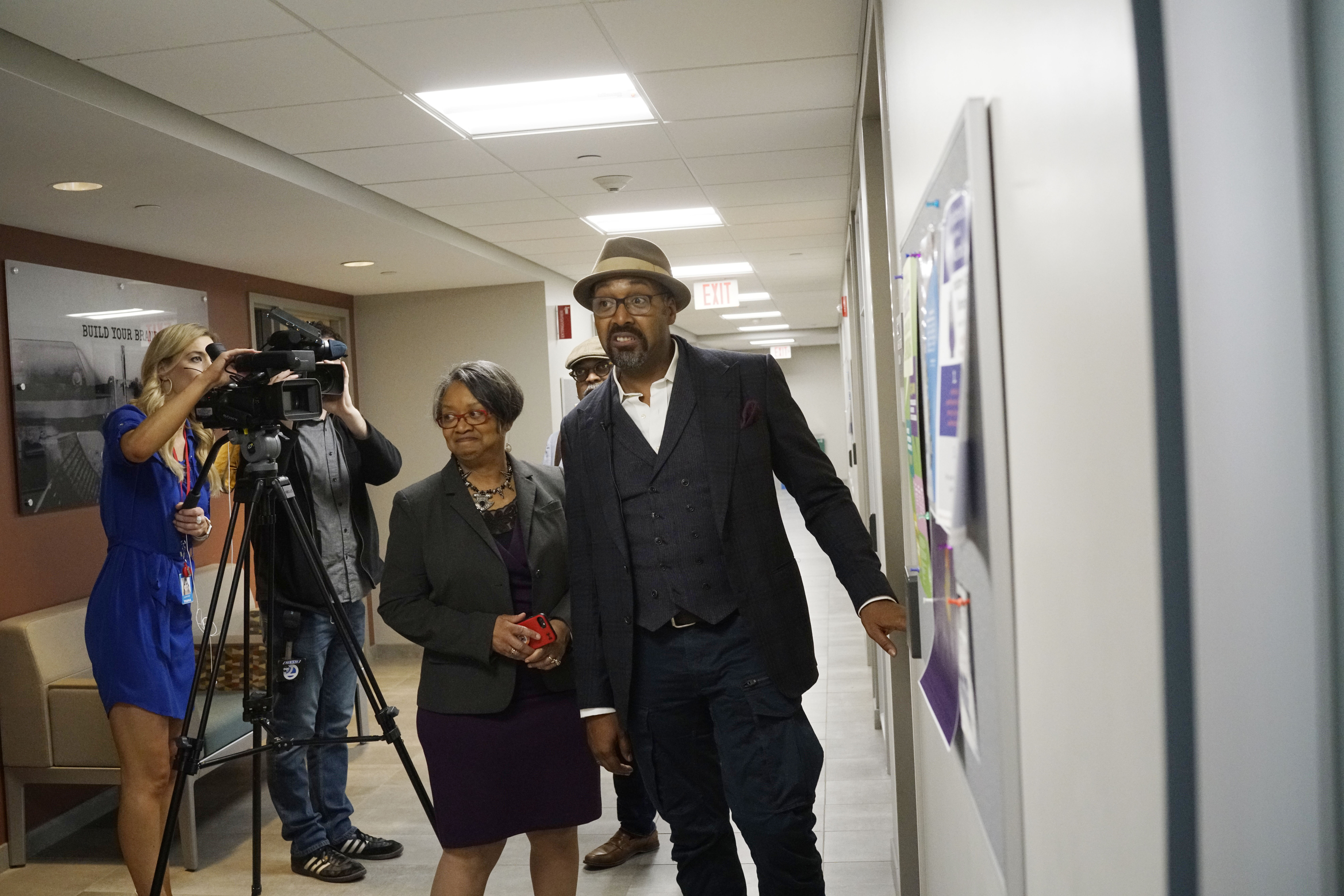 Jesse L. Martin in Buckham Hall, which used to be Campus West Elementary School when Martin attended it as a child growing up in Buffalo. (Derek Gee/Buffalo News)

Pezzimenti, currently producing director at Irish Classical Theatre Company, stayed in touch with his former student throughout the years. He recalled seeing Martin in a production of "Merchant of Venice" with Al Pacino in Shakespeare in the Park staged at Central Park in Manhattan. Martin studied acting at New York University's Tisch School of the Arts.

“When he applied at NYU he asked me for a recommendation. Usually recommendations are long, but mine was to the point,” Pezzimenti recalled. “Simply put, I said: ‘This young man belongs in the theater.’ "

Martin, known for his television role as Detective Ed Green on "Law & Order," is currently portraying Detective Joe West on the CW comic-hero series “The Flash.” Martin traveled to Buffalo from Vancouver, where the series is taped.

Back in Buffalo, he's ready to explore.

"Everyone has been telling me how much things have changed in Buffalo," Martin said. 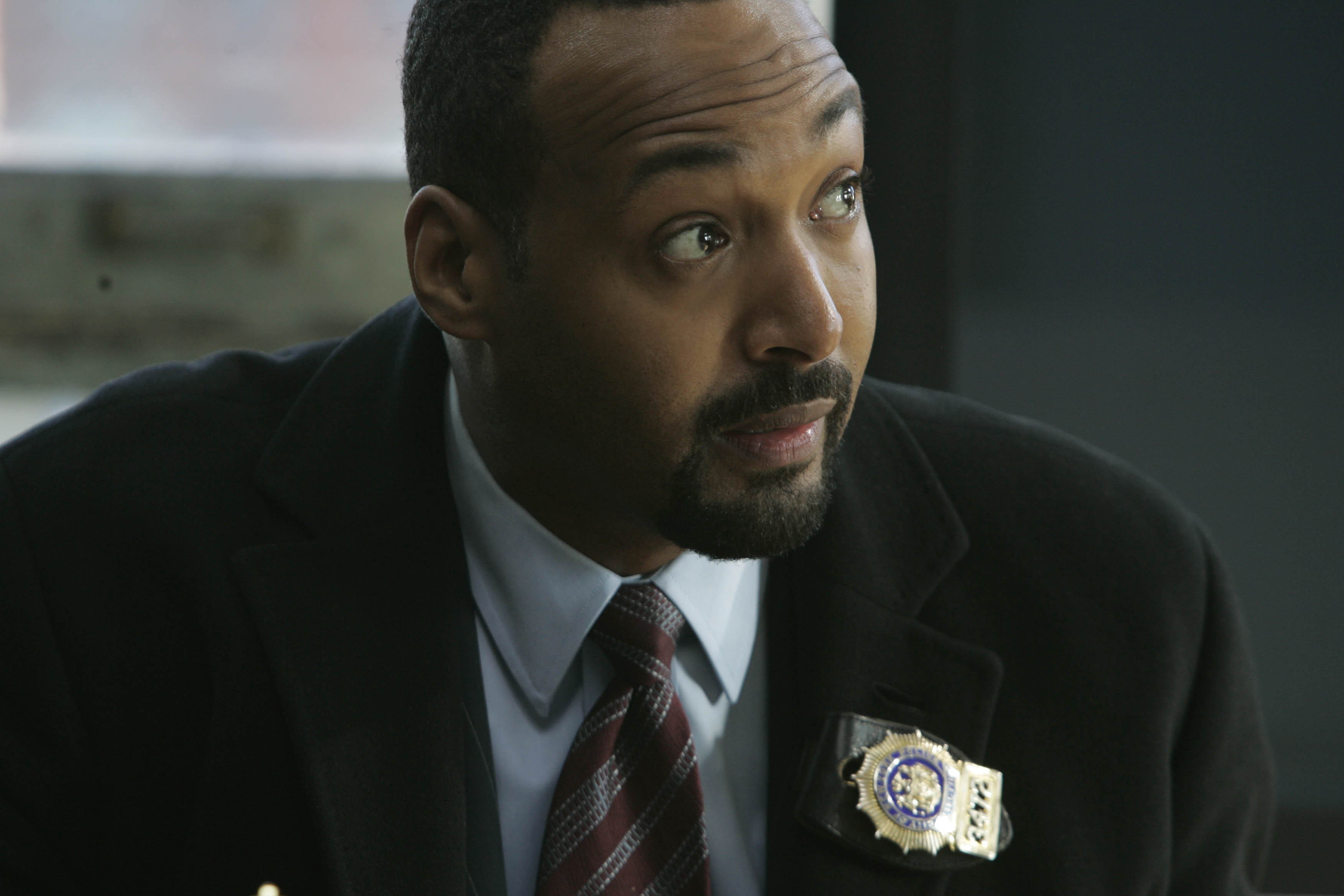 Jesse L. Martin as Detective Ed Green on "Law & Order," one of the roles that made him famous. (NBC Photo: Virginia Sherwood)

He was in Buffalo barely two hours when he said he had the craving many expats experience.

“I’ve waited 15 years for a sandwich from Jim’s Steakout,” he said. "I missed Buffalo’s food. Nobody knows what beef on weck is.”

Martin is meeting a couple of his former teachers, and they suggested going out for a “fancy dinner,” Martin said.

“ 'Can we please go to Bocce’s?’ I told them. They sell wings, right? I miss it terribly," he said. "I’ve been living and working in Vancouver for five years. I actually looked into if I could get a pizza delivered to Vancouver.”

He said he may dip into his acting skills on Saturday, when he steps to the podium at Buffalo State.

“I can’t just write a speech and read it three times. I’ll tell them what I wanted to hear at that age," he said. "I’ll wing it. Maybe I’ll sing. I’ll dance, and I’ll do a little macramé, but the big thing for me was: ‘Figure out a way to be nice, because you never know when it will all come back.’ "