When it comes to turning around a poor, inner-city school, what’s more important: Money or leadership?

The 25-year experiment at Westminster Community Charter School in the Kensington-Bailey area provides an answer: You need both.

Westminster was struggling as part of the Buffalo Public Schools when M&T Bank adopted it in 1993-94, promising up to $800,000 a year to help turn the school around, according to Buffalo News stories at the time.

Then-Superintendent Albert Thompson summed up the importance of M&T’s effort this way: "This adoption will demonstrate the real value of added resources for public schools by increasing school satisfaction and improving student achievement."

Not insignificantly, the bank also recruited and helped pay Principal Yvonne Minor-Ragan – considered a superstar in educational circles because of her work turning around schools in Chicago – to take over at Westminster.

Together, it all worked. A school that had performed below citywide averages was transformed.

Rod Watson
Instead of closing good charter schools, why not learn from them?
A Catch-22 when cops exist to serve and protect – and to ticket
Is Covid-19 a turning point for addressing inequity? History says no
Instead of battling mail-in voting, GOP could try winning votes
More Stories

By 2004-05, Westminster was performing well above citywide averages – by 20 to 40 points in most cases. In fourth-grade English, for example, 53% of Westminster’s kids were proficient, compared to 39% in the district as a whole; and 89% were good in math, compared to 67% districtwide. The disparities were similar at the eighth-grade level, where 51% of Westminster students were proficient in English, nearly double the 26% rate for the district as a whole; while 64% were good in math, more than double the district’s 24% rate.

It was an amazing turnaround in one of the poorest parts of Buffalo – so dramatic, in fact, that when Westminster was converted to a charter school in 2004, Buffalo Teachers Federation President Phil Rumore complained that, "They’re spinning off one of the highest-performing elementary schools in the city. It will ultimately make our school system look worse."

But by 2018, things had taken a downward turn. While the state's constant tinkering with the tests lowered scores across the board over the years, the comparisons within a given year remain valid. By last year, Westminster was lagging the district by four points in English – 19% to 23% – and by five points in math, 16% to 21%. This even though Westminster proportionately serves far fewer students with special needs or those learning English.

The State Board of Regents was so concerned that it declined to approve the three-year charter renewal recommended by the Buffalo School Board for both Westminster and Enterprise Charter School. The board subsequently recommended two-year renewals, and the regents will consider that in June, according to Darren Brown-Hall, district chief of staff. 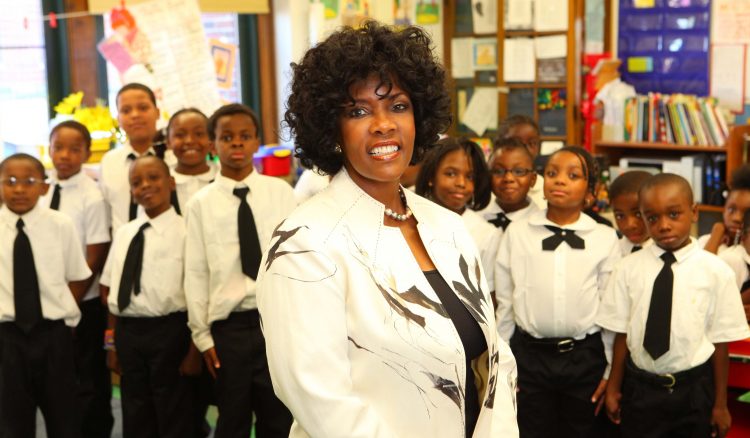 So what changed to turn Westminster from a leader into a laggard? Was it the money or the leadership?

M&T’s commitment has not waned; it still gives roughly $1 million a year to Westminster and organizations that support the school, bank officials said.

"I think really what changed is the head of school. She just was really good," said Samuel L. Radford III, referring to Minor-Ragan.

"So much in a school district has to do with leadership," said Radford, president of the District Parent Coordinating Council.

Rod Watson
Instead of closing good charter schools, why not learn from them?
A Catch-22 when cops exist to serve and protect – and to ticket
Is Covid-19 a turning point for addressing inequity? History says no
Instead of battling mail-in voting, GOP could try winning votes
More Stories

How does the current leadership at Westminster explain the performance decline? That’s hard to say. Principal Robert Ross did not respond despite four messages left with his office.

Granted, test scores are not the only important measure when judging schools.

M&T officials say more than 60% of Westminster’s graduates will attend private high schools like Canisius, Park and Nichols or top-rated public and charter schools with help from its scholarship program. They also say Westminster’s attendance exceeds the citywide average. And even though its poverty rate also exceeds the citywide average, the school has some of the most engaged parents in the city.

To its credit, the bank’s commitment – initiated by its late CEO, Robert Wilmers – has not diminished. It says it is partnering with the University of Rochester on an evidenced-based, staff-development initiative called "numbers talk" to help students in math and it hired a curriculum writer and math coach. Officials also have hired a consultant to come up with a three-year plan for the school.

Brown said the district also will increase its collaboration with, and visits to, Westminster to try to improve performance, noting that "they’re all Buffalo kids."

A spokeswoman said by email that the bank has contributed about $25 million to the school over the past 25 years. That doesn’t count the millions more the bank has spent creating the surrounding Buffalo Promise Neighborhood in a holistic approach to helping the entire northeast part of the city. She supplied data showing Westminster still holds its own compared to similar schools and said the bank remains fully engaged because "there’s still more work to do."

Given the latest test scores and the Board of Regents’ concerns, she’s right about the work to be done – not just for Westminster’s sake, but because of Thompson’s larger point 25 years ago about under-resourced schools. Conservatives like to argue that money doesn’t matter, but it’s doubtful Minor-Ragan could have accomplished what she did without M&T’s financial commitment.

However, that commitment is still there.

Now somebody needs to find out why the money is not making as much of a difference as it once did. Not only because bankers, above anyone else, should want to ensure a maximum return on investment. But because Westminster’s kids can afford nothing less.