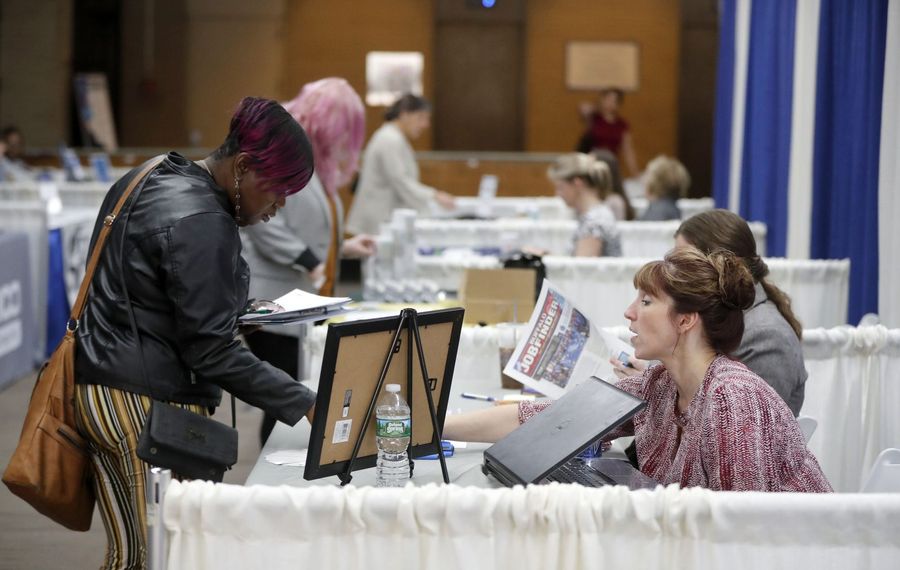 The Buffalo Niagara job market heated up in April, with its biggest uptick in hiring in more than a year.

The latest job data from the Labor Department shows that hiring in the Buffalo Niagara region accelerated last month, even as employers are struggling to find qualified workers to fill open positions.

The region added jobs at a 1% annualized pace during April – the fastest for any single month since December 2017 – as a wave of seasonal hiring kicked in.

But despite the faster hiring pace, job growth here remains far more subdued than it is nationwide, and the April uptick follows more than a year of relatively subdued growth locally.

Timothy Glass, the Labor Department’s regional economist in Buffalo, warned against reading too much into one month’s job numbers, since they are based on preliminary data that can lead to significant revisions as more detailed information becomes available later.

The region added 5,700 jobs over the past year as season construction picked up and hiring kicked in at local bars, restaurants and hotels. The 1% job growth was twice as fast as the region’s growth rate during March and it was the first time that hiring had topped 1% since December 2017, according to the Labor Department data.

Hiring was slightly stronger in the private sector, at 1.1%. Glass thinks the difficulty that employers are having in finding qualified workers to fill their open positions is keeping a lid on the region’s job growth.

While the weather wasn’t great for spring activities during April, it didn’t stop seasonal hiring from kicking in, leading to plenty of hiring in the leisure and hospitality sector, while construction jobs continued to grow steadily. That seasonal hiring added to continued job gains in the financial and business services sectors, and it offset a drop in factory jobs and in professional services positions.

“I don’t see any pattern here,” Glass said. “It could just be a bump up in the seasonal hiring.”

While job growth across the Buffalo Niagara region strengthened during April, it still was half of the pace of hiring across the United States and less than a quarter of the pace statewide. That continued a long trend of subpar job growth during the long economic expansion. Hiring locally was the seventh-fastest among the state’s 15 major metro areas.

The rural portions of Western New York are having trouble keeping up with the growth in the Buffalo Niagara market, let alone the even faster hiring that is taking place across the nation. The bright spot in April was in Cattaraugus County, where the number of jobs grew by 1% over the past year. The employment market was the weakest in Allegany County, which lost jobs at a 2.6% annualized pace.

The rural portions of upstate New York have long struggled to keep pace with hiring in the region’s metro areas. Job growth in the rural counties across New York averaged 0.9% during April.