A group of veteran boaters in the Safe Harbor Marina office at Buffalo Harbor reacted with incredulous laughter, sarcastic sighs and swearing Thursday to a proposed state law that would require all owners of motorized boats to take a safety course, no matter how long they've been on the water.

But then Lancaster's Ron Rabent walked in. "I think everyone should have one," the 70-year-old said matter-of-factly about the safety courses. "Because everybody buys a boat, then they get out there and they don’t have a clue. They really don’t."

The boating bill that passed the State Senate on Wednesday has support in the Assembly and is expected to be signed into law by Gov. Andrew M. Cuomo is sure to be the nautical talk of the spring across the state as boaters figure out how and when it will affect them.

Owners of motorized boats – from rowboats with small outboards to large cabin cruisers – would be required under a new deal at the state Capitol to take a boating safety course no matter how many years they’ve been on the water.

The measure seeks to push boaters in their mid-20s and older to take a certified safety class – which can be done online in a couple hours or in person over the course of several or more hours. Costs can start at $10 and rise to $30 to $60 in some cases.

“It’s not meant to punish anybody. It’s meant to recognize that we’re having accidents on the water," said State Sen. John Brooks, a Long Island Democrat and sponsor of the legislation that passed the Senate on Wednesday.

The long-stalled measure, named for Brianna Lieneck, an 11-year-old girl killed in a boating accident in Long Island’s Great South Bay in 2005, will soon get final passage in the Assembly under a deal Brooks said he has with its sponsor in that house, Assemblywoman Kimberly Jean-Pierre, a Suffolk County Democrat. 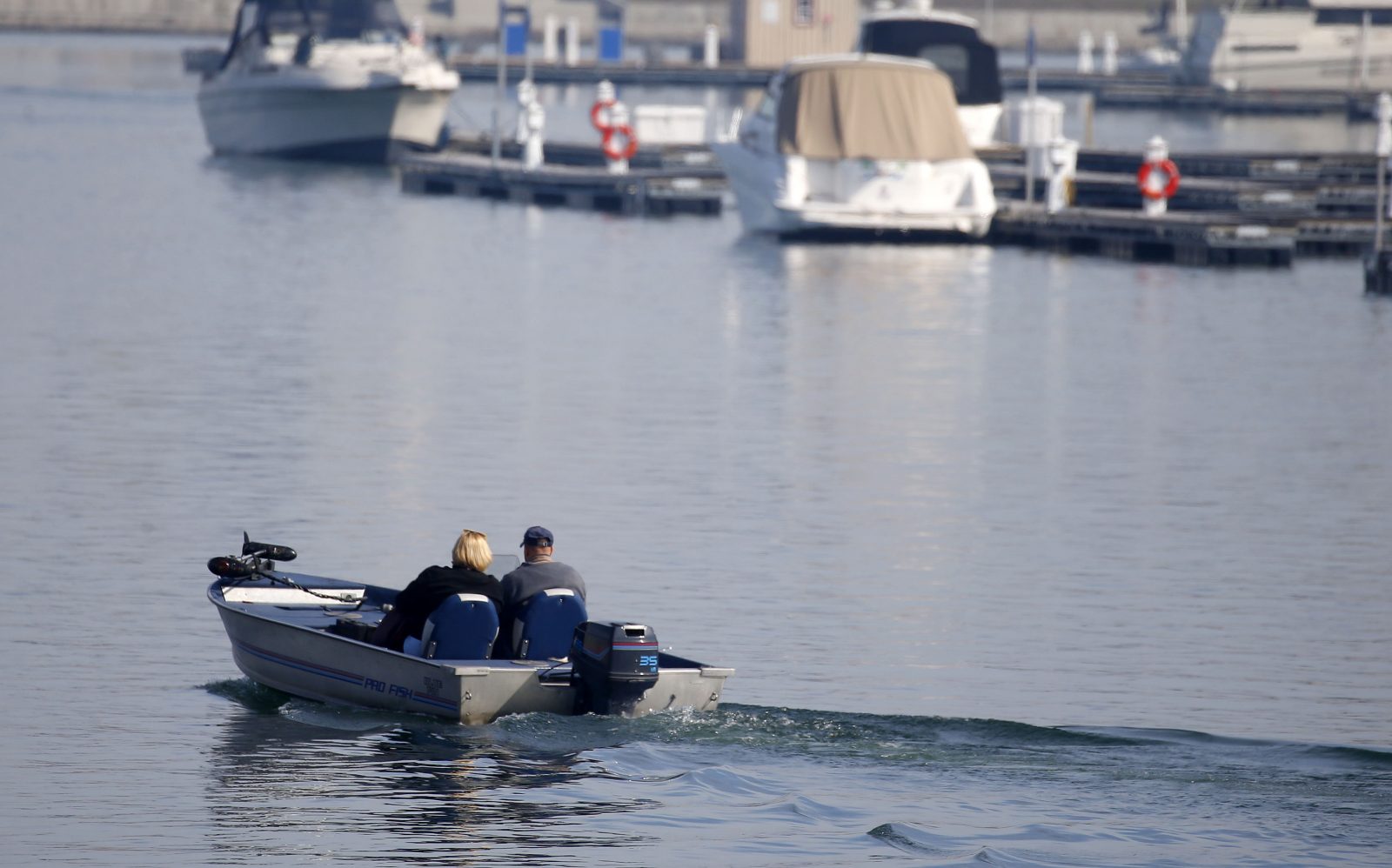 In the waters near Buffalo, boaters head to Lake Erie on Thursday, May 16, 2019. (Mark Mulville/Buffalo News)

The law, the lawmaker said in an interview, is not intended to be aimed at people who rent motorboats; currently, companies that rent boats are supposed to review basic safety rules and boat operations with renters. But Senate Republicans said the bill – unless changed in an amendment process – would apply to people who rent power boats on New York waterways.

"Someone coming into our state for a vacation will then learn they have to take an an eight-hour course (to rent a boat)?'' Michael Ranzenhofer, an Amherst Republican, said after the bill was passed.

As of 2014, anyone born after May 1, 1996, has been required to successfully complete a boater education course – approved by the state – in order to operate a motorboat. The new legislation removes that date, broadening the requirement to anyone of any age who owns boat of any kind with a motor.

The measure contains a rolling number of dates between next January and 2025 – depending on when a boater was born – when the safety class requirement would kick in.

"If it saves a life, it's worth it," said Gary Hall, president and general manager of Harbor Place Marina off Niagara Street.

What if boaters have been active for decades?

Across the parking lot from Harbor Place Marina is West Marine, a marine supply store, where manager Andy Webster also supported the measure.

"We think everybody should be cognizant of what the basic rules and regulations are so they can keep themselves and their families safe on the water," Webster said. "We think that it’s a good step. Even for people who have boating for a number of years, it should be no problem taking a refresher course."

There is a bit of an escape clause for boaters who just refuse to take a safety course: The legislation includes no fines for operating a motorboat without having successfully completed a safety and education class.

“It’s kind of toothless and I’m a little concerned it’s going to give us a false sense of security," State Sen. James Tedisco, a Schenectady County Republican, told colleagues on the Senate floor Wednesday.

“People sometimes think if you have a rule you have to be able to smack someone with it and make it hurt. Our real objective is to have safety awareness on the water. … You want to believe, in the end, that most people on the water will be responsible," Brooks said. 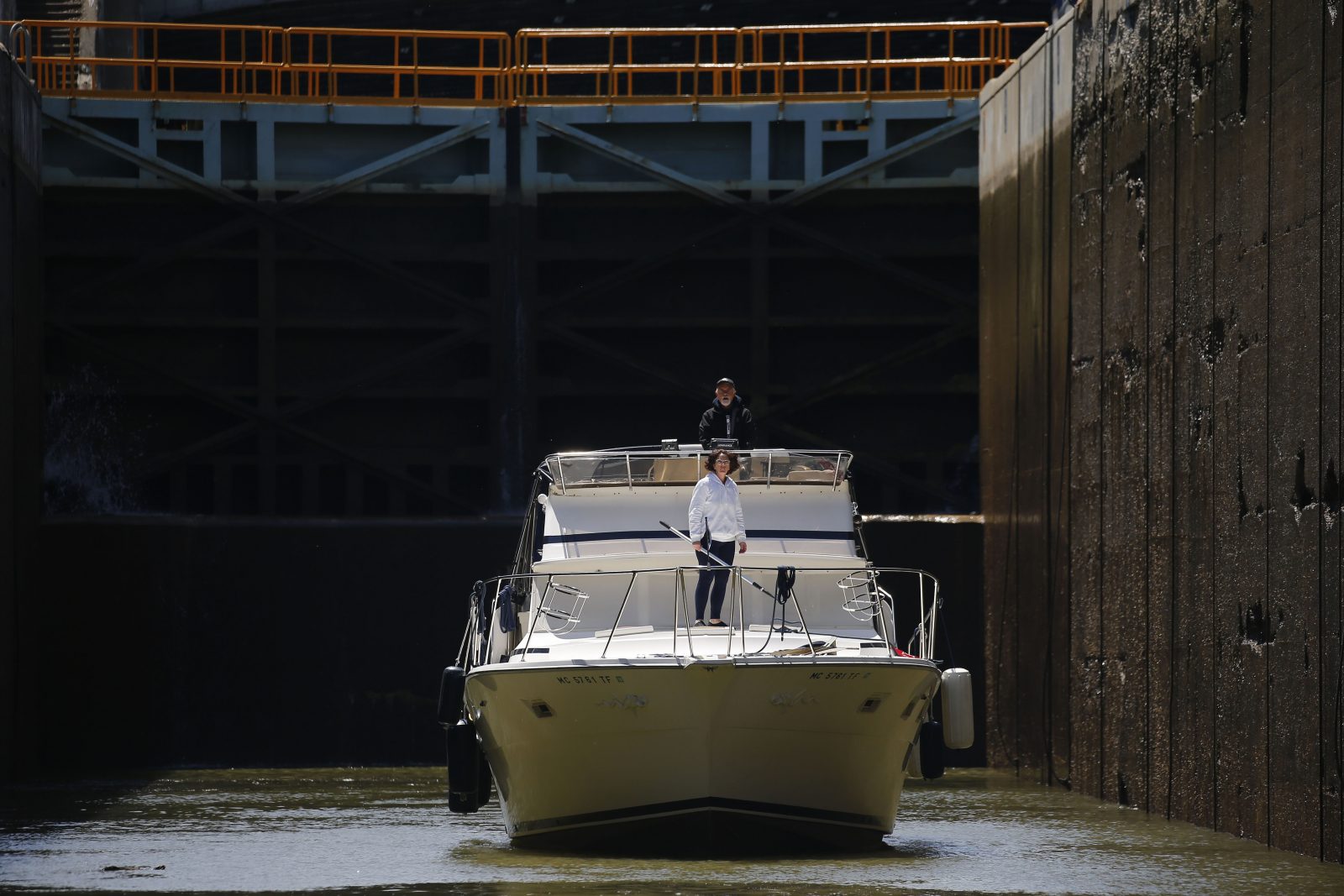 Boats make their way through Lock 35 on the official opening day of the season of Locks 34 and 35 on the Erie Canal in Lockport on Friday, May 18, 2018. (Mark Mulville/Buffalo News)

The senator said older boaters should think of the coursework as a refresher kind of initiative or, perhaps, to learn how to correct mistakes they may have been inadvertently making on waterways for years.

Brooks said if he had his way the operator of any kind of boat would be required to take a safety course. And he said not including boat renters right now in the effort was a bow, in part, to concerns raised by some vacation areas of the state.

“The day will come where we’ll take up the other piece," he said of mandatory education classes for boat renters. “But our target now are the boaters who are out there all the time.’’

The legislation passed the Senate 40-18. One of the no votes came from Ranzenhofer.

“Boater safety is important," Ranzenhofer said during the floor debate. But he said he is concerned the bill makes no distinction between owners of high-speed boats and those who use a rowboat with a small motor. “I would have liked to see a bill with a carve-out that talked about the different types of boating," he said.

Supporters said the measure will end up saving lives by helping boaters better understand the rules of waterways. A document showing the legislation’s intent notes that the majority of boat owners are middle-aged adults who have not been required to take any boating education classes. It also notes that 12% of boating accidents between 2005 and 2015 involved individuals not wearing any personal flotation devices.

West Marine offers safety classes, which Webster said are mostly taken by younger boaters, or older boaters interested in knowing the proper ways to operate a boat. Safety classes can also be linked to insurance discounts, not unlike defensive driving courses.

Webster said that those who seek out safety courses have been experiencing "a bit of a penalty" in that they may follow the rules, but other boaters do not. He also emphasized that more safety would help in Western New York waters, which have become more crowded.

"Increasingly our waters around Buffalo get busier and busier," Webster said. "You get a lot of people out there who don’t have a clue about what they ought to be doing, and that creates problems for everyone."

Angola's Ron Wick, 70, who visited West Marine Thursday, wasn't sure if the courses were necessary for everyone. He wondered aloud if the safety courses were "just another way for the state to make money."

"Safety's always a good idea," said Wick, who instructs sailing courses at the Buffalo Harbor Sailing Club. "Usually new people pick it up really quick. It’s not like you’re going to be out there and people aren’t going to yell at you. Because if you do the wrong things, people in boating don’t take that. They’ll yell at you, 'You don’t know what you’re doing.' "

"Do you want someone who has been registered for years to take a course? I don't think it's needed," Wick said. "You'll probably find all different kinds of opinions on this."