Hamburg's Palace Theatre, the place to see movies in the village since 1926, is asking for a little help from its friends.

The movie house can receive a $300,000 state grant for renovations, but it must pay for $75,000 of the work. So a former employee has started a GoFundMe campaign to  help raise the money.

"The theater has so much potential and I would really like to see it thrive. I see all these articles about millennials killing movie theaters and I really wanted to do something to help," said Katrina Schmitt-Ruof.

She started working at the theater when she was 16 and met her husband, the nephew of owner Jay Ruof, there. Her mother and husband still work there.

"I grew up in the theater. It became my second home," Schmitt-Ruof said.

She said there are a lot of ideas to raise money, starting with the GoFundMe page, to selling name plates for the rows of seats and a movie poster auction. She said they also are looking into making the theater a not-for-profit organization, which may open some options, such as transforming it into a center for the arts, with concerts, plays award shows, comedians, authors and other performances. 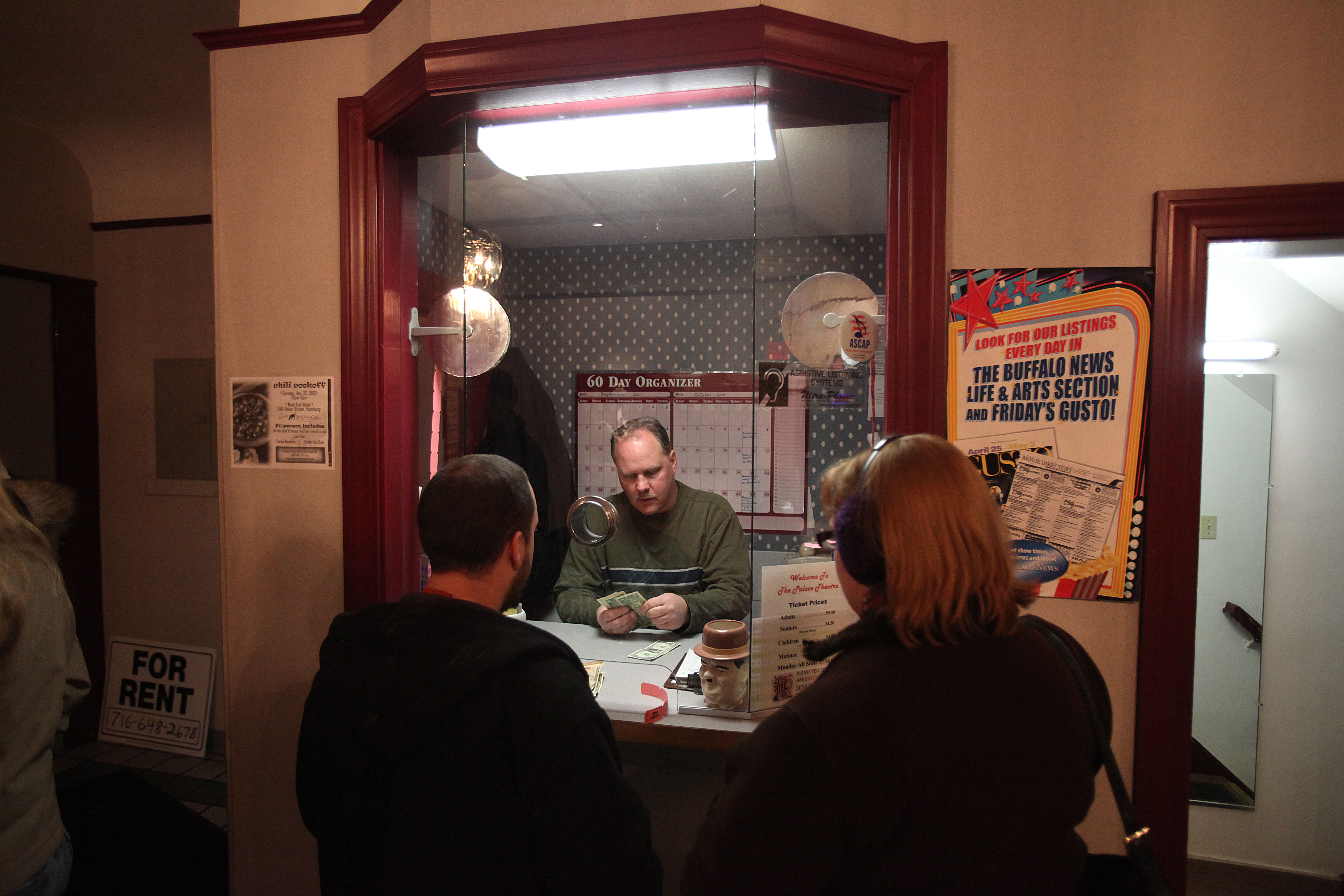 "We’re still working on the particulars of the grant," Jay Ruof said. "It gets more complicated as you start to examine each part of it."

Ruof told The Buffalo News in March that he was planning to turn down the grant, because he could not afford to pay his share. He said the bank told him and his wife they would have to refinance the mortgage for 20 years. There are just three years left on the mortgage, and at 58 years old, he was not looking for long-term debt.

While the theater shows first-run movies, the number of people attending films there has dropped from 48,000 in 2015 to about 26,000 last year.

A $225,000 grant could have helped Hamburg's Palace Theatre. But the owner can't afford it

Repairing the roof is building maintenance, while the other repairs are for the comfort of moviegoers, Ruof said. He said he has wanted to move the concession stand for years, to better serve customers. And moving it will allow him to create restrooms on the first floor.

"We want more people to come see the movies," he said. "When 200 show up, we realized right away we need a bigger setup here."

Ruof said he's just starting to get the word out about the GoFundMe page.

"People are coming up to me on the street saying, 'We really want to help you out,' " he said.

If any money is left over from the crowd-funding campaign, it would be saved for future renovations, such as upgrading the seats. 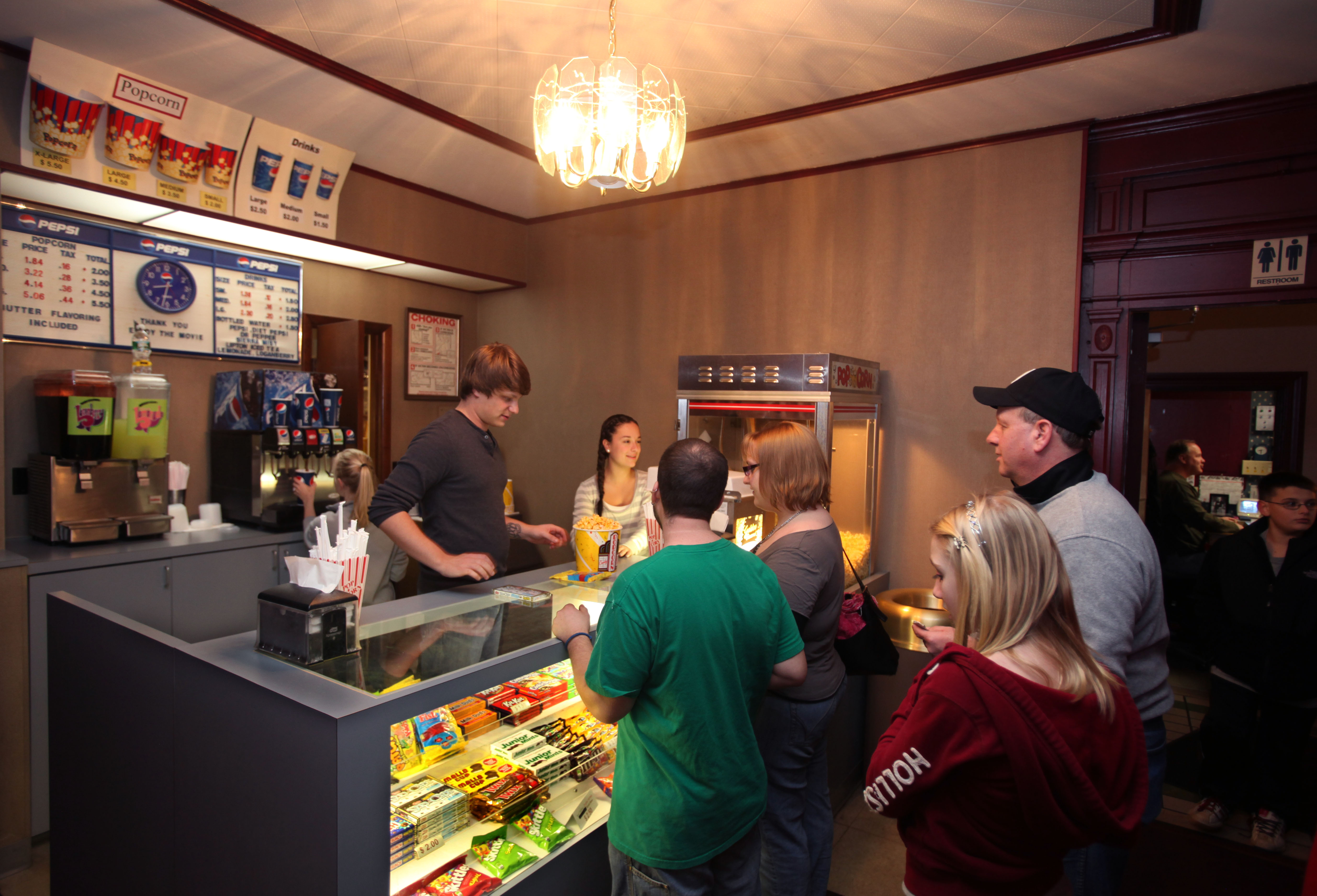 The concession stand would move to the opposite side of the lobby. (Buffalo News file photo)