The Central Terminal, with its imposing yellow brick tower standing alongside its grand concourse, is iconic not just for Buffalo but for my family.

Dad loved the place. He belonged to that elite crew, the railway mail clerks who sorted mail in racing mail cars, picked it up and dropped it off on the fly. They were armed. Just once Dad had to fire his .38 Bankers Special into the air to scare off bad guys.

Dad had a run out of New York City’s Grand Central Station into Buffalo. He met Mom here just as Buffalo’s fabulous New York Central Terminal opened in June 1929. So he gave up his adventures on the road and took a steady job sorting mail in the Central Post Office alongside “The Terminal.”

In 1938, Dad and I went to the terminal to board the new streamlined train set designed for the 20th Century Limited. What a futuristic streak of lightning it was. We toured the luxurious passenger cars and mailed a letter on its maiden, 16-hour run from New York to Chicago and back to me. That envelope, bearing a picture of the “20th Century Limited,” was the pride of my stamp collection.

Christmas 1939, Dad and I became the proud owners of a Lionel electric train that was an exact replica of the new 20th Century Limited. It circled our family Christmas tree for years.

When I was 12, Dad got a New York Central pass for the whole family to travel to Rochester for Lilac Sunday. The experience of passing through the high-arched concourse with its restaurants, crowds and great noisy engines was a lot more fun than the blossoms. Dad raved about oyster stew served in the concourse. Fortunately, we had hot dogs for our snack. 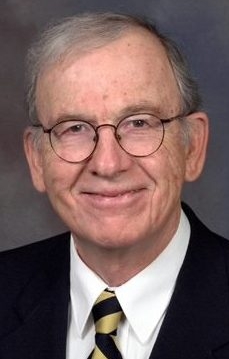 There were many World War II movies with heart-rending departures of servicemen from crowded train stations. I was too young for that but in 1948 I donned my Navy Reserve dress blues for a train ride to a two-week storekeeper school in Bayonne, N.J. Mom and Dad brought me down to the grand concourse along with a girlfriend. I kissed her goodbye, right in front of my parents. It was “Waterloo Station.”

Two Christmases I had the opportunity of working alongside Dad at the terminal. Or at least, I thought I’d work alongside him. Christmas brings a tremendous rush of mail. Christmas cards and parcels inundated the terminal. Dad got plenty of overtime. We were glad for the money but we missed Dad.

The rush required well-paid extra help. Dad had considerable seniority so he got me hired. But not in the post office sorting Christmas cards. My cushy Christmas job was working for the railroad with the “Bull Gang on the High Dock.” We pushed giant hand carts down into the deafening, smoke-filled bowels of the terminal to empty, ancient freight cars packed with huge, filthy canvas bags of mail.

One day we had almost emptied a car when we found a co-worker asleep behind the pile of mail, the perfect adaptation to this situation, but I could not embarrass Dad by following that course.

For a Christmas present Dad had given me a chance to earn more money than I ever had before, get dirtier, more tired and have a taste of “earning my own living” in the most impressive monument to industry in the City of Buffalo, the beautiful art deco Central Terminal.