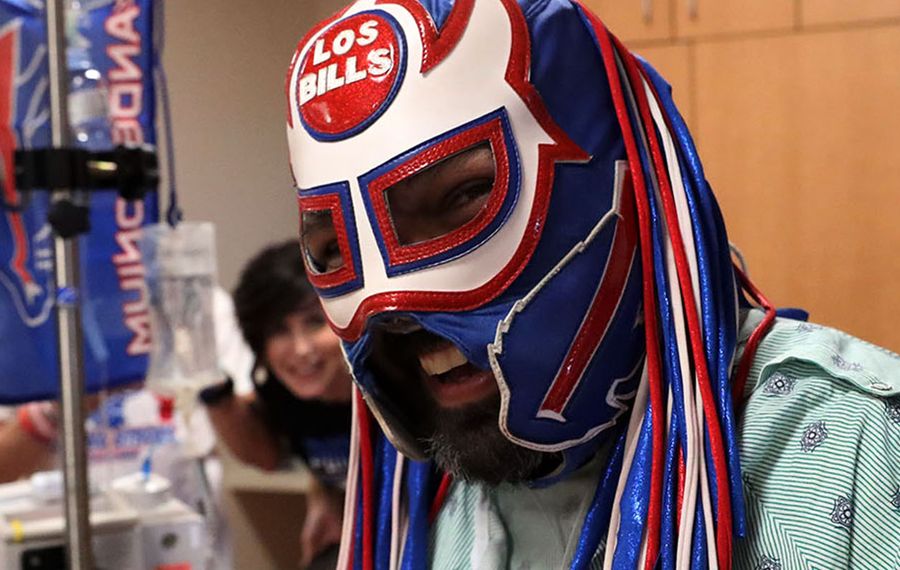 A Bills fan named Ezra Castro died Tuesday. You knew him as Pancho Billa, the man in the luchador mask who endured a long battle with cancer. He was 39.

Castro's fight was well chronicled. He garnered nearly as many headlines this year as the Buffalo Beauts or Bandits. Heartfelt messages poured in from fans, media, and even the team owner after the news broke. Castro's death was a lead story on NFL.com all day and night.

Throughout the past year, I occasionally wondered what it was about Pancho that resonated so much with Buffalo. Why did this matter? Why did so many people care?

I eventually came around to thinking about Pancho Billa in the same vein as Blue for Ben or Sticks Out for Humboldt or any other public show of solidarity and support. Pancho Billa was a symbol. He transcended the boundaries we align ourselves by. We gave generously. We sent his family to Disney as a surprise for Christmas. We loved a stranger we had never met simply because it was the right thing to do.

Something about Castro's struggle allowed us to put our own into perspective. At a time when it's easy to feel like we're more divided than ever, coming together for a common purpose helped us remember we're all in this together.

"It just makes me feel good to know there's people out there, again, who are accepting me – a guy from El Paso, no relationship to New York at all – and it just really, truly means the world that people are out there like that," Castro said in a video he asked to be posted after his death. "... You've accepted my Hispanic background, you've accepted my family, you've accepted everything about me. And there's just no way, I don't know how I'll ever repay you guys."

Castro's suffering ended Tuesday morning at a hospital in Dallas. He doesn't owe us anything; it's the rest of us who are indebted. Our charge is to continue living with the spirit of Pancho in our lives. If we found it within ourselves to care for a stranger 1,000 miles away who happened to like the same football team as us, surely we can summon the courage to love our neighbors; to forgive; to show patience, acceptance and understanding.

Pancho's struggle allowed us to become the best versions of ourselves. Don't let that stop now.