Buffalo drivers have gotten a lot of tickets for tinted windows.

From 2014 through 2017, officers in the Buffalo Police Department issued tinted-window tickets more often than any other traffic citation, according to a Buffalo News analysis of data from the state Department of Motor Vehicles.

Over that four-year period, Buffalo police on average issued 23 tinted-window tickets a day. That’s compared with three speeding tickets a day, according to the data, and fewer than five tickets per day for seat belt or child restraint violations.

Some critics see the practice of ticketing for tinted windows as a way to boost city revenues through fines and fees. To others, it also appears to be a thinly veiled way for police officers to see who or what they can find inside vehicles driving around the city.

Buffalo police officials explained the volume of tickets for tints by saying they are simply enforcing the law. They say darkened glass on vehicles is a safety issue for drivers and for officers. They also say it's relatively easy to enforce. 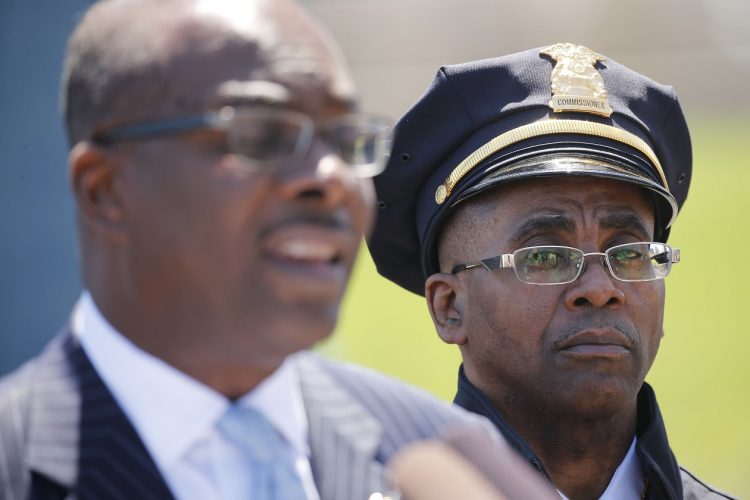 “I look at it as a violation of the law,” Buffalo Police Commissioner Byron C. Lockwood said. “So we’re here to enforce it.”

Buffalo police officers issued 34,068 tickets for illegally tinted windows from 2014 through 2017, the most recent period for which data was available from the state.

The next closest municipal department in the state was Syracuse, which issued 6,130, or less than a fifth of Buffalo’s total over the same period. Rochester police issued 2,952.

The police department’s traffic enforcement practices have come under fire in recent years, including in a federal civil rights lawsuit filed last year that alleges racial discrimination through the use of a now-disbanded traffic checkpoint program.

The plaintiffs in the lawsuit have accused the city and the police department of targeting neighborhoods of predominantly black or Latino residents.

The DMV data used in the News’ analysis does not include the location where the ticket was issued.

Drivers who commit even the smallest traffic infractions have given police the authority to pull them over, said Jonathan Manes, assistant professor at the University at Buffalo School of Law.

But police officers have discretion in issuing tickets and don't have to ticket for every violation they find. Generally, officers don’t, said Manes, who also is the director of the law school’s Civil Liberties and Transparency Clinic.

“The fact that the numbers are this high is really remarkable and troubling,” Manes said, “and I think consistent with what you hear in the community.”

What the law says

Under state law, windows on motor vehicles must allow at least 70 percent of light to pass through from the outside. Most standard windows installed on vehicles allow that amount of light inside, according to Buffalo police officials. That means any window with additional tinting material would violate the law, depending on which window is darkened.

“If you put anything on that, you are now outside the scope,” said Deputy Commissioner Joseph A. Gramaglia.

The laws limiting the amount of tint apply on all vehicles to the windshield, except for the top 6 inches, as well as the front side windows. It also applies to the rear side windows of vehicles classified as station wagons, sedans, hardtops, coupes, hatchbacks and convertibles, according to the DMV. The restriction also applies to rear windows unless the vehicle has two side view mirrors.

Exceptions for medical reasons are permitted if approved by the DMV.

How BPD enforces the law

Window tints can be measured with a tint meter, but the Buffalo Police Department does not issue such meters as standard equipment to all officers. Some officers purchase the meters on their own for their professional use, said Police Capt. Jeffrey D. Rinaldo.

In order for a ticket for tinted windows to be prosecuted in court, an officer has to testify based on his or her observations, just as they would for a speeding ticket if they didn’t obtain a radar reading, Rinaldo said. The ticket does not have to specify a measurement of the amount of light that could pass through the window in question.

If more than one window on a vehicle is illegally tinted, an officer has the discretion to write a ticket per window that’s in violation, or issue just one ticket overall, Rinaldo said.

Part of the reason Buffalo has issued so many tinted window tickets has to do with how easy it is for officers to spot violations, he said.

“It’s the most visibly obvious infraction,” he said. “From almost any angle that you’re viewing the car, you can catch the tinted window violation.” 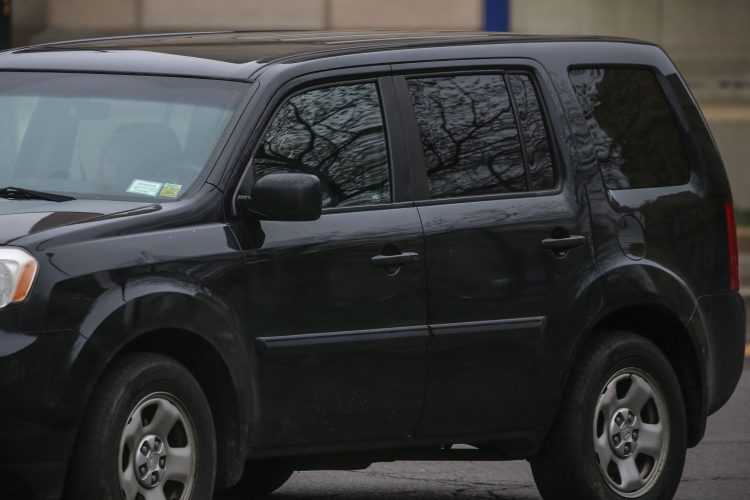 Compare that to having to drive in front or behind a vehicle in order to write a ticket for someone who has a headlight or taillight out.

No matter how many tickets are issued in one traffic stop, a driver who comes to the city’s Traffic Violations Agency with more than one ticket would be allowed to plead guilty to one of the tickets to resolve all of them as a matter of policy, said Kevin J. Helfer, the agency’s executive director.

The City of Buffalo was allowed by the state to begin operating its own traffic violations bureau in July 2015. That meant the city could keep revenue from some types of traffic violations, instead of the money flowing to the state’s coffers. In addition to the policy of reducing multiple tinted-window tickets to just one ticket, Helfer said his office also allows drivers who remove the tint within 48 hours to have the tickets dismissed.

When a driver gets pulled over for a traffic violation, police may end up finding drugs or weapons in the vehicle. Sometimes they find a person wanted on a warrant or for questioning.

In recent years, traffic stops in which a ticket was issued for City Traffic Court for tinted windows had either a misdemeanor or felony charge attached in about 20 percent of cases, Helfer said. 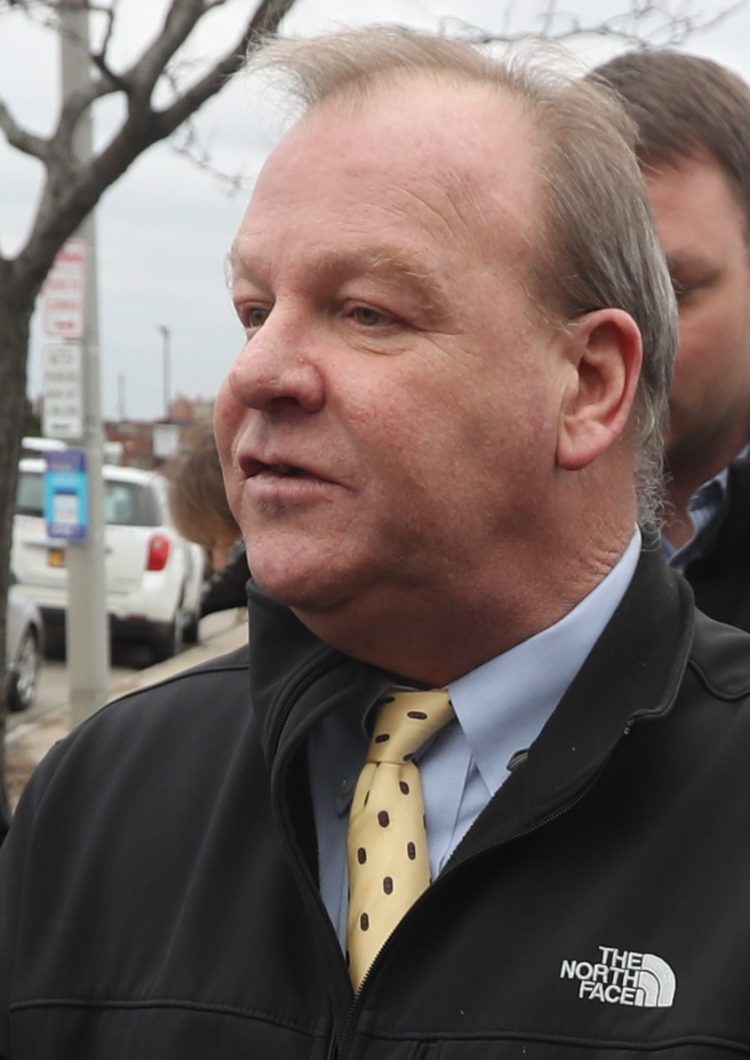 Between May 1, 2018, and April 30, 2019, traffic stops by Buffalo Police that included a ticket for a tinted-window violation resulted in a criminal charge in a little more than 1 percent of cases, according to police officials.

Traffic and police officials did not offer an explanation into the disparity of those numbers.

Police departments say part of the issue with tinted windows is they prevent officers from seeing potential dangers inside the vehicle.

In 2014, distracted or inattentive driving was a contributing factor in 48,774 — or about one of every five — crashes in the state, according to DMV data.

That year, speed was a contributing factor in 28,571 crashes statewide, according to the agency.

While Buffalo police issued about 23 tinted-window tickets per day on average, the average number of vehicles ticketed for that infraction per day is about 13, according to Helfer, who also serves as the city’s parking commissioner.

That’s because the average number of tickets issued for tinted windows per stop has been about 1.8, he said.

When asked how they arrived at that figure, Helfer said in an email it came from "a statistical sampling of data over a period of time." City officials did not provide further detail.

Police and city officials say traffic problems in neighborhoods and on side streets are among the most common complaints they receive from residents.

“The community complains and they want traffic enforcement,” said Gramaglia, the deputy police commissioner. “We hear it all the time.”

The standard fine for a guilty plea to a tinted window violation is $150, according to Buffalo traffic officials. Fines reached in plea agreements are based on the maximum fine amounts written in the law, officials said.

“People don’t want to hear it, but it is about safety,” Helfer said, “and if it was about money, we’d be doing a hell of a lot better than we’re doing right now.”

The 2018 lawsuit over checkpoints and traffic enforcement alleged the city focused on certain neighborhoods. Lockwood said since he became commissioner, tickets have been issued for tinted windows across Buffalo.

Keisha Williams, an attorney with the Western New York Law Center, a Buffalo non-profit involved in the traffic enforcement lawsuit, said she has questions about the police department’s motives for issuing so many tickets for tinted windows.

“The priority is really not safety because, if it was, they’d be trying to catch people who were speeding,” Williams said.

For Manes, of the UB School of Law, the number of tickets issued for tinted windows would be problematic if it was meant to generate revenue.

“If thousands and thousands of people are being ticketed and some significant portion of those people end up with fines and fees and suspended licenses and it leads to sort of a cycle or a spiral into the criminal justice system, that’s a real problem,” he said. “We shouldn’t be catching people in that net if they’re not actually posing any sort of risk to public safety.”

Lockwood said while his department’s job is to enforce the law, he is working to build relationships with the community.

“What I want to do is community policing and whatever bridge was burnt down, rebuild it,” he said.