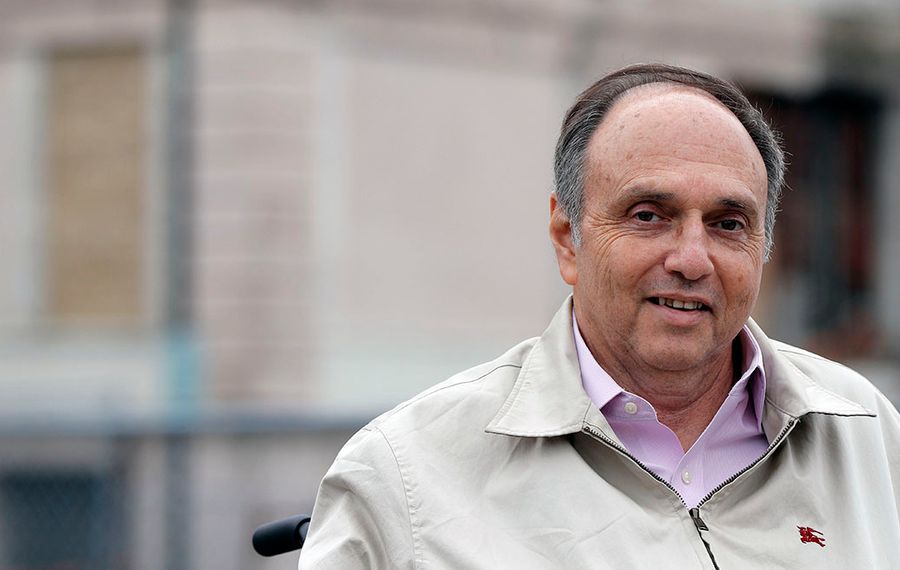 And he blamed his boss – Robert C. Morgan – for making him do it.

Scott W. Cresswell, 59, of Ionia, N.Y., admitted in federal court in Buffalo to conspiracy to commit wire fraud, saying that he and others acted at the direction of Morgan. The longtime chief operating officer of Morgan's firm admitted to helping to prepare contracts and invoices in support of the inflated insurance claims, and said Morgan was part of the scheme.

“I did something I shouldn’t have, and I regret it,” Cresswell told U.S. District Court Judge Elizabeth A. Wolford.

The charges carry a maximum penalty of 20 years in prison and a $5.99 million fine.

Cresswell was released on $10,000 bail, and will be sentenced at a later date. But as part of his plea deal, he must pay restitution of $2.99 million – the total losses to insurers.

“With the defendant’s plea today, this Office, with our partners at the FBI and FHA, have peeled back yet another layer in this extensive fraud scheme,” U.S. Attorney James P. Kennedy Jr. said in statement announcing the plea. “Our efforts will not cease until the entirety of the fraudulent scheme is exposed.”

Morgan has not been charged.

The charges against Cresswell, a former partner at Bonadio Group, relate to allegations involving properties in Rochester, Indiana and Pennsylvania, including after a devastating windstorm in Rochester in March 2017. According to authorities, Cresswell "conspired with others, under the direction of Robert Morgan and others" to fraudulently "obtain insurance policy proceeds for repairs on properties." Cresswell's actions occurred from March 2017 through April 2018.

First, according to the court documents, Cresswell received a signed $2.5 million contract for repairs at the Summerwood Apartments in Merrillville, Ind., on March 27, 2017, after a fire. But two months later, he "or other members of the conspiracy" submitted a "false and inflated contract" for $3.237 million, as well as a "false invoice, and a false and inflated lien waiver for repairs" to an insurer, the U.S. Attorney's Office said.

Then, between March and May 2017, Cresswell also "conspired with others to present false and inflated contracts and invoices to insurers" for repairs at the Eden Square Apartments in Cranberry Township, Pa. The work was done for $174,999, but the Morgan officials sought $263,013.57 from insurers.

Finally, from June 2017 through January 2018, Cresswell and others submitted "false and inflated contracts and invoices to insurers" for roof and other repairs on 34 properties in the Rochester area that suffered damage in the windstorm. The total cost of repairs was $3.65 million, but Cresswell and others billed insurers for at least $5.86 million – netting profit to Morgan Management of $2.21 million.

Cresswell even admitted that he urged others – at Morgan's direction – to "grind the best you can” to get profits from the repairs up to $2.5 million.

Cresswell becomes the fifth person to be charged in a broadening investigation by the FBI and U.S. Attorney's Office in Buffalo into alleged mortgage fraud by Morgan's companies. The expanding probe was first reported by The Buffalo News in September 2017, after a monthslong examination by reporters into Morgan's extensive borrowing on his apartment properties.

Morgan's son and nephew – Todd and Kevin, respectively – and two Buffalo mortgage brokers – Frank Giacobbe and Patrick Ogiony of Aurora Capital Advisors LLC – were indicted in May 2018. They were accused of inflating income and falsifying rent rolls and other financial documents in order to help Morgan companies obtain $167.5 million in commercial mortgages that lenders would not otherwise have granted.

Kevin Morgan and Ogiony later pleaded guilty, and raised the total amount of falsified loans to nearly $500 million. Authorities have said the investigation into Morgan – who has more than $3 billion in total debt on his properties – is continuing.

Cresswell last year led a management buyout of Morgan Management and then renamed the company as Grand Atlas Property Management to try to shield the real estate empire from Morgan's legal troubles.