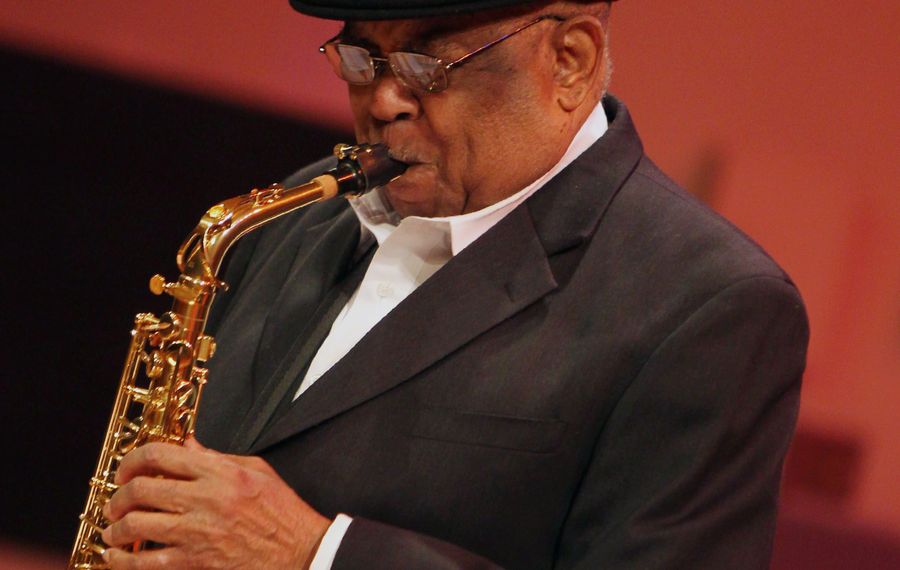 U.S. Army Corporal Charles E. Reedy said he counted each of the 29 days he spent in the trenches on Pork Chop Hill during the Korean War. His 31st Infantry Regiment was subjected to almost continuous shelling, he recalled.

“I was never on the front line. I was always in front of the front line on an outpost with shells landing two or three feet away from me – and they didn’t explode," said Reedy. "You get used to it after seven or eight months. It becomes a way of life. Pork Chop Hill was a hot spot, and it was hell.

"We weren't fighting constantly, but it never stayed quiet for long. The Chinese were always interested in taking it," Reedy said.

The epic battles of Pork Chop Hill were memorialized in books, motion pictures and in the minds of Reedy and the soldiers who fought by his side during the spring and summer of 1953. The 1,000-foot hill – shaped like a pork chop – was one of many hills in Korea scaled by U.S. forces who used ropes to help them navigate the steep terrain.

But Pork Chop Hill was different. On other hills, Reedy shared a bunker with a comrade. On Pork Chop, it was Reedy and a Browning automatic rifle, he said.

"In training camp, the gun I had was a two-man gun," said Reedy. The second man loaded it. It was awkward to fire and load yourself. On Pork Chop I was alone." 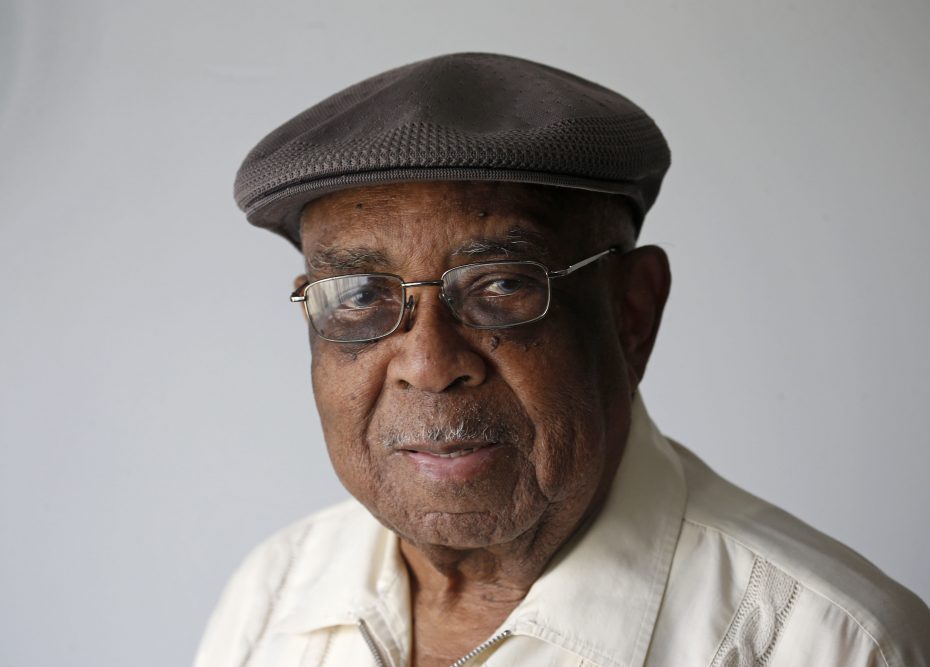 Charles Reedy is a U.S. Army veteran who fought in the Korean War in 1953. (Robert Kirkham/Buffalo News)

The shelling there at times was ongoing, and it was difficult to discern what direction it was coming from, Reedy recalled. At one point when communication was cut, the situation became dire, he said.

"Pork Chop was an important hill, and I don't know why. We had a lot of fire support, but when we lost communication, our fire support pulled back on the hill," Reedy said. "Can you picture being shelled by two directions? It was so intense my helmet wouldn't stay on my head. It weighed nine pounds and it bounced around like a paper cup. I retreated into a corner of my bunker and made myself as small as I could."

During another time of intense battle, Reedy heard there was a fallen soldier out on the hill, he remembered.

"I don't know what caused me to get out of that hole because we were under fire, but out I went. There were three of us, and we found him, put him on a stretcher and dragged the stretcher down the hill," Reedy said. "Two weeks later my first sergeant received the Silver Star medal for the action. As a black soldier, we were not considered capable of an act above and beyond the call of duty."

Reedy now lives on a quiet street in Cheektowaga. Many of his wartime documents, mementos and medals – including the Combat Infantry Badge – were lost when he moved years ago, he said.

"I lost all my contacts when I got divorced in 1968," said Reedy, who has three children and five grandchildren.

The youngest of 11 children, Reedy moved to Niagara Falls from Tuscaloosa, Ala., at the age of 12. He was a member of the Niagara Falls High School Class of 1950, where he focused on music.

"We all lived in the projects, Center Court on the east side of the city. I was a musician and played the saxophone when I started my first band. That was a long time ago, and I’m still playing,” said Reedy, who is 87 and the oldest active member of the Colored Musicians Club in Buffalo.

Reedy had a job at Union Carbide when he was drafted in March of ’52.

“I was hoping it wouldn’t come, but I got notified,” he recalled. “I only weighed 141 pounds when I went in. In 16 weeks after basic training I weighed 187 – all muscle.”

Reedy arrived in Yeoncheon, Korea, by ship, but said he was soon sent back stateside on emergency leave after his father took ill and died. Upon his return to Korea, Reedy said he experienced his first Manchurian winter.

“You’ve got all this cold air coming from the Manchurian border, and if you weren’t lucky enough to have a little fire in the can, you looked for somebody to borrow a lump or two of charcoal,” he said. “I saw oil freeze over. I would say it was zero plus zero. We were the frozen chosen.”

Reedy said he got frostbite three times in Korea and was hospitalized for 35 days. Fighting under extreme conditions exhausted Reedy, who said he once fell asleep standing up in a trench.

"It was snowing, and I had a parka on with a raincoat over my head to try and keep the snow off,” he recalled. “When I woke up, I had the feeling that someone was trying to make it up the hill.”

Reedy finished his tour with a four-month assignment as a 7th Division military policeman.

Reedy’s war experience took a disheartening turn when he returned to the United States and was segregated from white soldiers he had fought alongside.

President Harry S. Truman in a 1948 executive order abolished discrimination in the armed forces "on the basis of race, color, religion or national origin." The order eventually led to the end of segregation in the military.

“When I came home, the reception was terrible, totally unexpected,” he recalled. “When I got off the ship in San Francisco, there were two sets of buses – one for white soldiers and one for blacks. We wanted to know what the hell was going on, because we didn’t come home on the ship like that.”

Segregation continued on the trip back east on a train.

“Two train cars all the way across the country – white soldiers in front, black soldiers in the back with a mess hall in the middle, but we didn’t eat together, either,” he said. “There was still a lot of racial attitudes in the Army at that time.”

Back home, Reedy continued his pursuit of music. He returned to school at age 43 and earned a bachelor's degree in industrial arts at SUNY Buffalo State, where he graduated in 1977.  It wasn't long before he became an instructor in the machine shop at the former Emerson Vocational High School.

Reedy was general foreman at Dresser Industries before he was hired by Union Carbide in Niagara Falls as an electrician/machinist.

But music has been Reedy’s passion since childhood. He joined the Colored Musicians Club in 1947, and entertained in Buffalo Public Schools for 29 years. Reedy also started a scholarship at the club to encourage youth to pursue music.

Today Reedy plays alto saxophone in the George Scott Big Band, a 17-piece band that entertains from 7 to 9 p.m. Mondays at the club.

“He is a well-known alto player, and sounds like Charlie Parker,” said George Scott, the club president. "Growing up, he kind of emulated him. Charlie would be the one called to play tributes at the Buffalo Central Library for Black History Month.”

Scott recalled listening to Reedy share his war experiences at the club after their Monday night gigs. He marveled at his friend’s accomplishments.

“With all that he went through, he still loved his country enough to sacrifice his life and keep our country growing. After all that, he doesn’t have an angry bone in his body.” 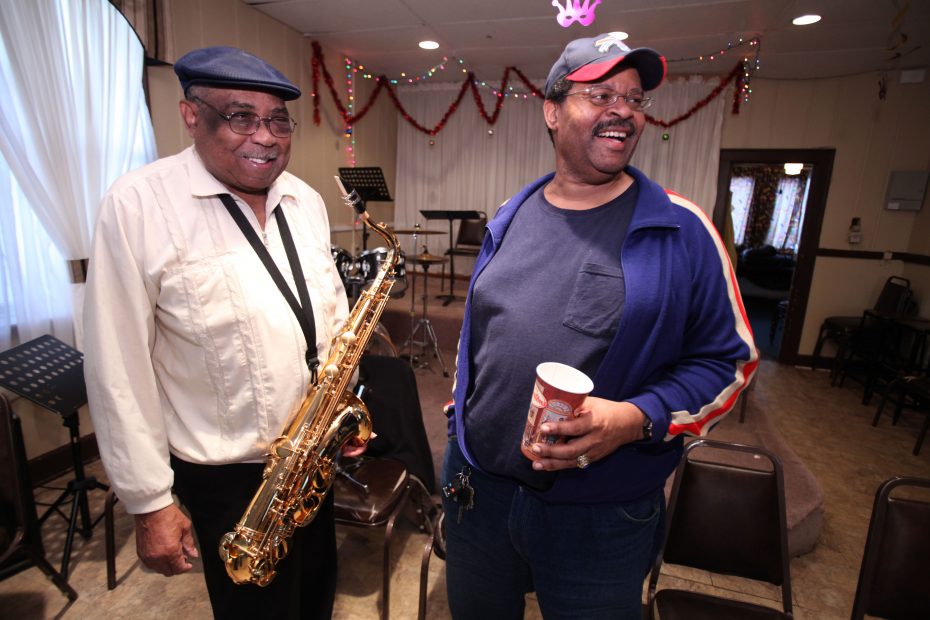 Charles Reedy, left, and George Scott chat after a rehearsal of the George Scott Big Band at The Colored Musicians Club in downtown Buffalo on Jan. 1, 2011. (Buffalo News file photo)