Another historic building designed by America's first registered female architect – Louise Bethune – is now being targeted for redevelopment, although it's a lot smaller than the previous one in Buffalo.

Bernice Radle, owner of Buffalove Development, is planning a historic rehabilitation of 588 Niagara St., a three-story red brick building at the corner of Jersey Street.

Radle bought the vacant building last month for $450,000 and wants to bring it back to life, with seven apartments and two first-floor storefronts. Plans call for a mixture of one-, two- and three-bedroom units, with at least 20 percent designated as affordable.

Her firm is currently seeking entrepreneurs to occupy the retail spaces.

"Historic preservation, energy efficiency and affordability are always at the center of the Buffalove sustainable development model," Radle said. “The storefront and apartments will be cute as a button and as affordable as we can make them. Our projects are designed to be accessible to and strengthen the communities that already exist nearby.”

The $1.5 million project will rely in part on state and federal historic tax credits, so Radle – a member of the Buffalo Zoning Board of Appeals – will be doing it in accordance with standards set by the State Historic Preservation Office and the National Park Service. Radle hired Preservation Studios to get 588 Niagara listed on the National Register of Historic Places in order to facilitate that process.

No city reviews are pending as yet, but Radle said she hopes to be able to start and finish the project by spring or summer of 2020, noting that "the utilities are on and the apartments are largely intact." She said she has already obtained "the nod of approval" from SHPO, but is otherwise "in the early planning stages." 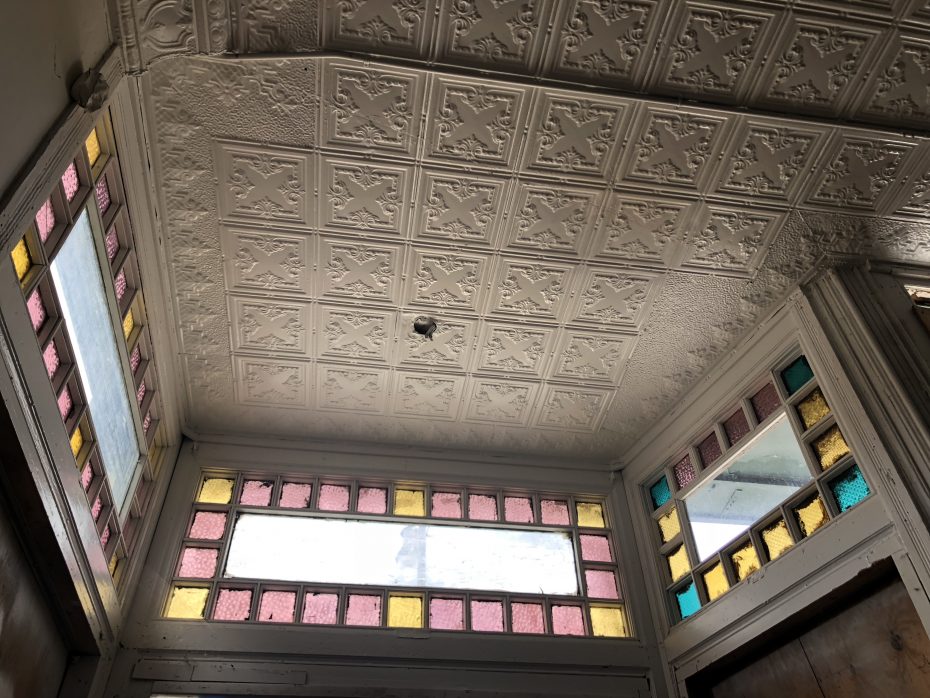 The 11,532-square-foot building was designed by Bethune & Bethune, and was constructed in phases by druggist Robert K. Smither in 1882, 1889-90 and 1896, for both his drugstore and apartments. It still features elements of the Eastlake version of the Queen Anne style of architecture, with exterior architectural detailing painted bright yellow along the roofline and between the second and third floors. It also includes original cast-iron storefronts, leaded glass windows, tin ceilings, hardwood floors and fireplace mantles.

Radle said she plans to rename it the Hestia Building – for the Greek goddess of architecture – in honor of Bethune, who she called "a female pathbreaker in the architecture profession," adding, "I am personally moved that a building credited to Bethune's firm will be beautifully restored by our female-majority development and construction company." 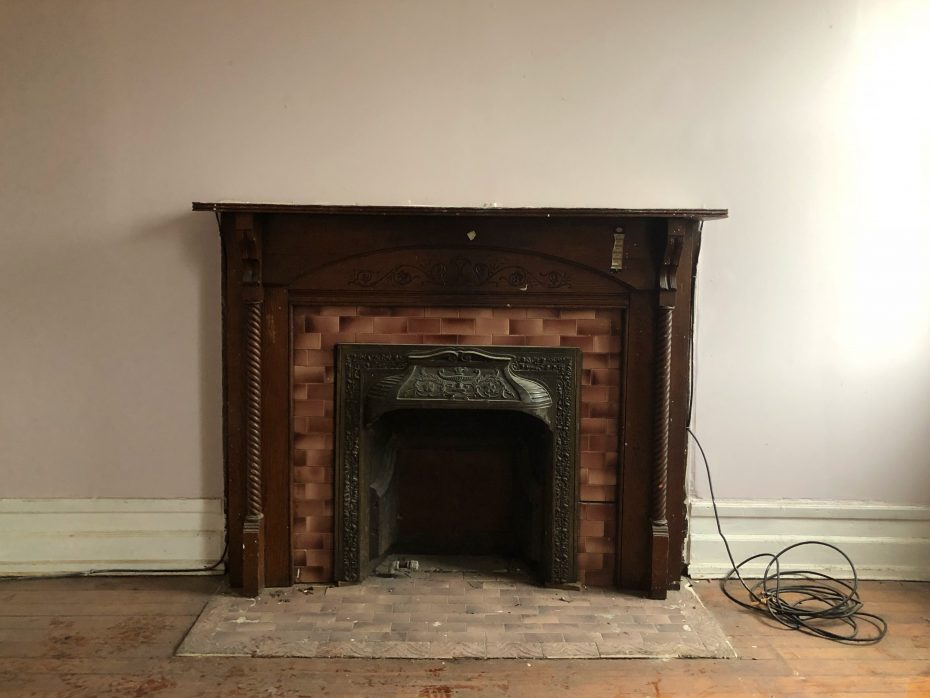 A fireplace at 588 Niagara St. (Photo courtesy of Buffalove Development)

The project marks the second local rehab of a Bethune building, following Rocco Termini's renovation of the Hotel @ the Lafayette in downtown Buffalo. Ciminelli Real Estate Corp. also converted the Buffalo Meter Company Building at 2917 Main St. - later University at Buffalo's Bethune Hall - into the Bethune Lofts, but that building wasn't designed by the female architect.

It's also the second rehab by Buffalove Development in the same neighborhood. The firm renovated 585 Niagara into affordable apartments in 2016, and moved its headquarters there in 2018.