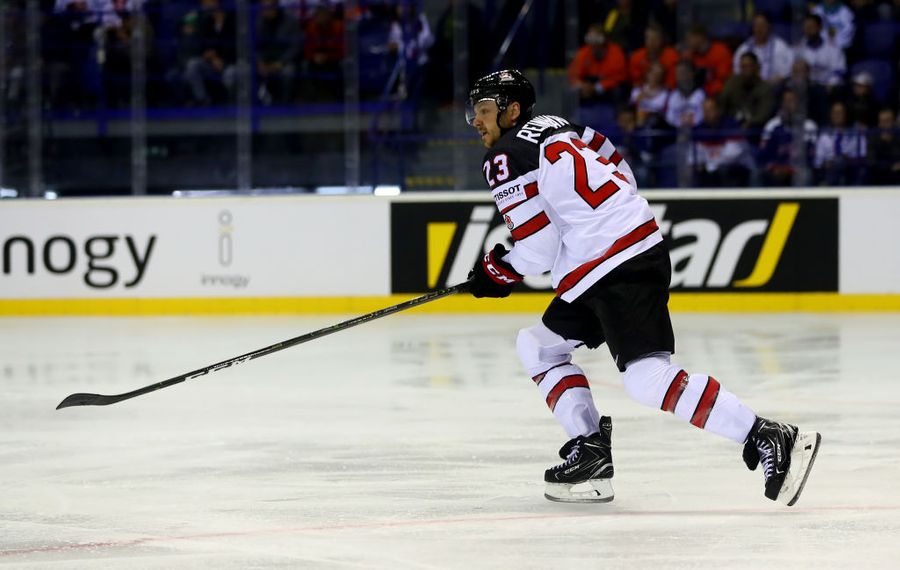 Jack Eichel, Sam Reinhart and Brandon Montour were on the wrong side of the two biggest upsets on the first day of the IIHF World Championship.

Eichel, the Buffalo Sabres' 22-year-old captain, and the United States lost to Slovakia, 4-1, while Reinhart and Montour of Canada dropped their opening preliminary round game to Finland, 3-1, Friday at Steel Arena in Kosice, Slovakia.

None of the three Sabres scored a goal in those losses, though Eichel recorded a secondary assist on Alex DeBrincat's first-period goal that tied the score, 1-1. Eichel and Montour each had a quality scoring chance in their respective games.

Though United States coach Jeff Blashill shuffled his forwards once his team was facing a two-goal deficit, Eichel nearly cut their deficit to one goal when his shot from the slot was stopped by Slovakia goalie Patrik Rybar.

Matus Sukel, Erik Cernak, Tomas Tatar and Michal Kristoff scored goals for Slovakia, which has not won a medal at the tournament since 2012. DeBrincat scored on the power play at 12:05 into the first period when Eichel made a cross-ice pass to South Buffalo native Patrick Kane, who drew two defenders and flipped the puck over to his Chicago Blackhawks teammate, DeBrincat.

This is the third time Eichel has competed in the World Championship and his first since 2017, when he had five assists in eight games and the United States did not win a medal.

Montour, a 25-year-old defenseman, is representing Canada on the international stage for the first time in his career, which is surprising considering he was a second-round draft pick in 2015.

Montour played alongside Ottawa Senators defenseman Thomas Chabot on Canada's top pairing Friday and the two were on the ice when Finnish forward Kaapo Kakko opened the scoring at 6:47 into the first period.

Montour, who had a career-high 35 points this season, pinched deep into the offensive zone but fell in the left-wing corner. Finland quickly regained possession and Toni Rajala caught Canada's two defensemen out of position with an outlet pass up the middle of the ice to Kakko, who beat Pittsburgh goalie Matt Murray on the breakaway for a 1-0 lead.

Montour did not record a point, but his wrist shot from near the slot was gloved by Finnish goalie Kevin Lankinen midway through the second period. Reinhart, who previously participated in the 2016 World Championship, also failed to contribute on Canada's one goal. The 23-year-old winger skated on the team's second line with Philadelphia Flyers center Sean Couturier and Anaheim Ducks center Adam Henrique.

Finland pushed its lead to two goals when Arttu Ilomaki scored at 2:36 into the third period, and Kakko, who is expected to be selected second overall by the New York Rangers at next month's NHL draft, added an empty-net goal with 34 seconds left in regulation.

Eichel and the United States will play France on Sunday at 6 a.m. Eastern, and Canada will face Great Britain at 2 p.m.