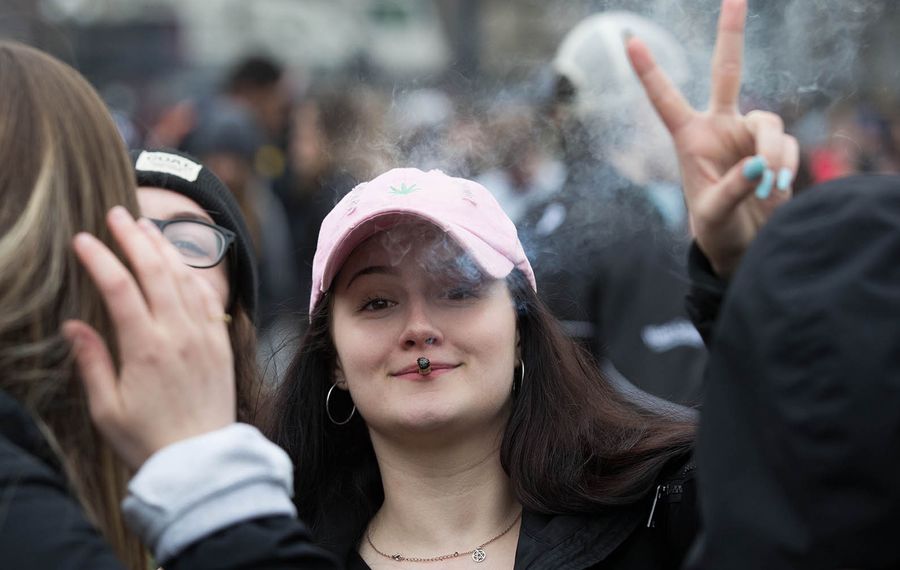 For hundreds of thousands of Canadians, apparently all it took to try marijuana for the first time was the nation's permission.

Almost double the number of people reported using cannabis products for the first time in the first three months of this year compared with the same period last year, from 327,000 to 646,000, according to a survey by the Canadian government.

In all, just over 5.3 million Canadians over the age of 15 used cannabis, according to the survey, some 1.2 million more than in 2018.

"What really stood out to me was the first-time use," said Sally Yageric, director of community-based programs at the Erie County Council for the Prevention of Alcohol and Substance Abuse. "A lot of people don't do things because it's against the law. Now it's OK [in Canada]. The people who have been waiting for that, they're saying: 'Heck, I want to try it.' "

With a population of 37 million, the survey indicates that 14% of Canadians used pot between January and March 2019.

The "National Cannabis Survey, first quarter 2019," released May 2, marks the first study to look at recreational marijuana use entirely in the post-legalization period. Medical marijuana has been legal in Canada since 2001.

The survey indicates that legalization of cannabis – which includes marijuana, hashish, hash oil and other products made with cannabis – has led to a marked increase in the use of cannabis.

Among the survey's key findings:

Groups opposed to legalizing the recreational use of cannabis in New York say the survey's findings should be seen as a warning sign.

Luke D. Niforatos of Smart Approaches to Marijuana called the data out of Canada "very concerning."

"When we legalize a drug, it normalizes it. It commercializes it. It makes it totally kind of a part of society," said Niforatos, chief of staff and senior policy adviser for the organization, which opposes legalizing recreational use.

Earlier this year, New York State appeared to be on the verge of legalizing recreational use of cannabis, with Gov. Andrew Cuomo and lawmakers in the Democratic-controlled Legislature saying they wanted to make it happen as part of the budget process. But with debate over details ranging from how the tax revenue would be divvied up and who would get licenses to get into the industry, legalization was left off the budget negotiation table.

There's a renewed push to pass a legalization bill by the end of the legislative session on June 19.