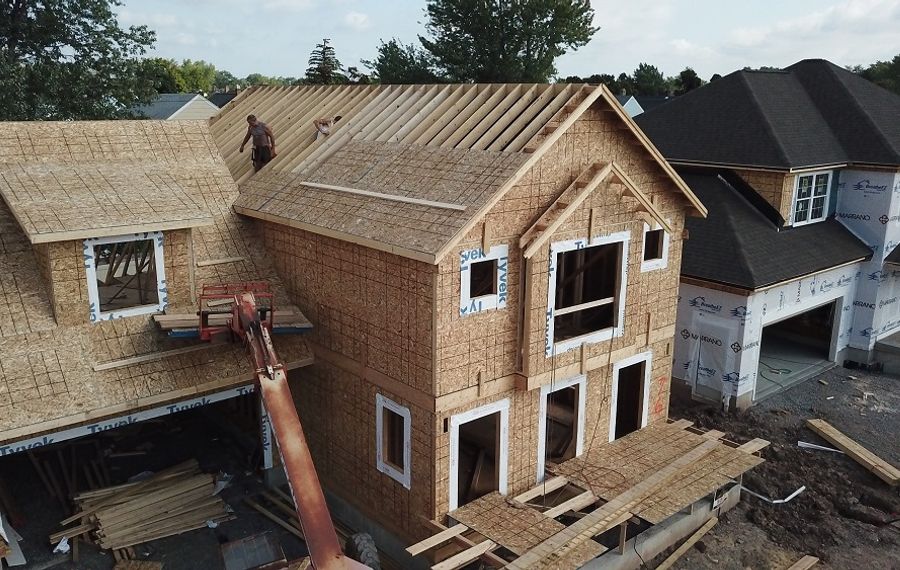 Don't expect the shortage of homes for sale to end anytime soon.

And that means more bidding wars for attractive homes, and more upward pressure on home prices.

That's the verdict of one of the nation's leading housing researchers, who blames the dearth in inventory on the inability of builders to put up new homes at prices that first-time homebuyers can afford.

"Builders are building, absolutely," said Jessica Lautz, vice president of demographics and behavioral insights research for the National Association of Realtors. "But they’re building at higher price points, and there’s no impetus for that to change."

Meanwhile, she said, those in existing homes aren't moving as often, preferring to stay in their houses for longer, partly because of the staggering amount of student loan debt many existing homeowners carry, and partly because many buyers are choosing to skip entry-level homes in favor of a bigger house from the start.

Neither trend appears likely to go away, said Lautz.

"It could be a new normal that we’re seeing right now, unfortunately," Lautz said.

Local agents agree, despite some signs the eight-year decline in available homes is starting to bottom out. 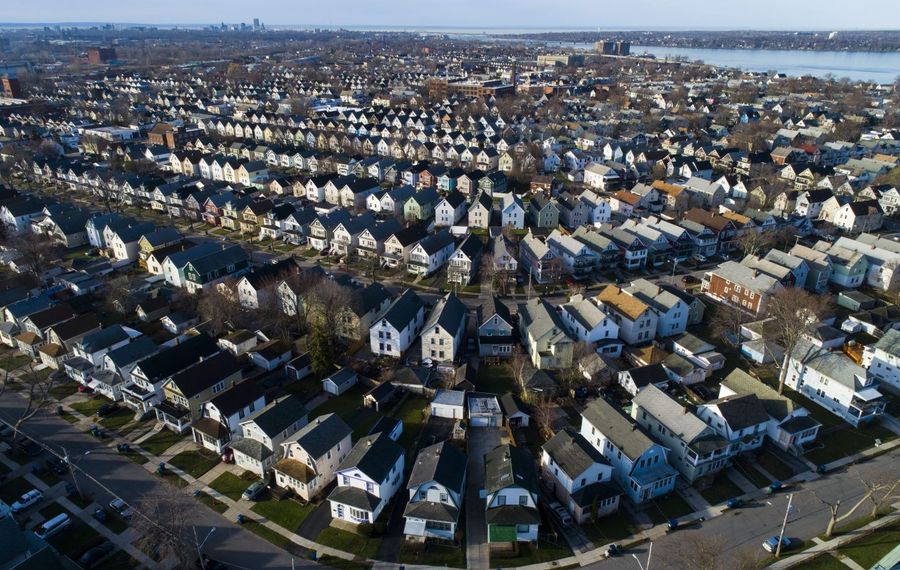 "I think that is true," said Annabelle Aquilina, an agent at Hunt Real Estate Corp. "I think we're still going to have a very competitive market when it comes to buying, especially in that first-time buyer category."

But that's not what local homebuyers will want to hear, she added.

The housing market has been strong for the past few years, with a solid economy and low mortgage rates fueling home sales. After years of strong sales, the oversupply of homes for sale that long depressed housing prices here has given way to a shortage that is now pushing them to record highs. 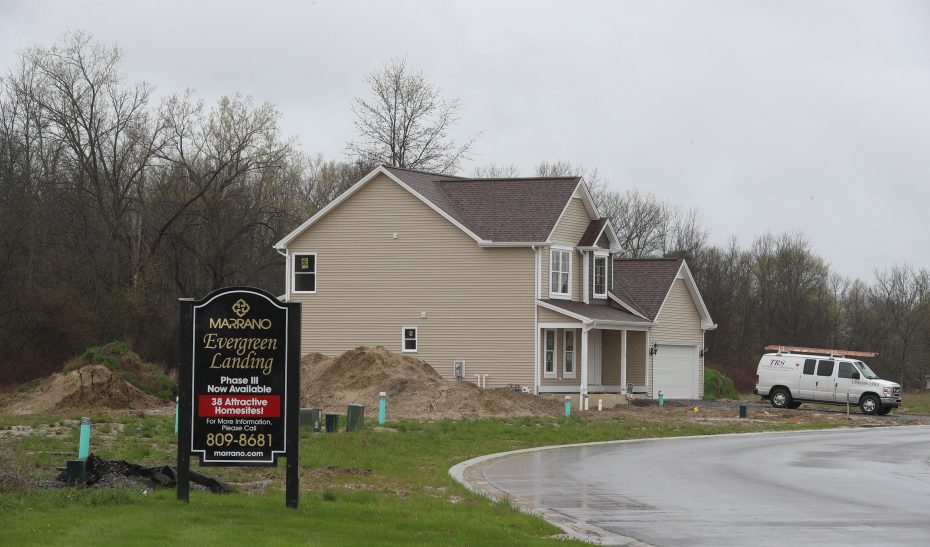 Builders are constructing higher-end homes, as illustrated by Evergreen Landing off Tonawanda Creek Road in Amherst, where some homes are listed currently for sale at $319,000 to $389,000. (John Hickey/Buffalo News)

That's a big change for the Buffalo Niagara region, which held steady during the early 2000s, while the national housing market surged and then plunged during the Great Recession a decade ago. The local market has done well since the recovery began in 2012. According to data from CoreLogic and the Federal Reserve Bank of New York, home prices in Buffalo Niagara have risen 35% since December 2011, far exceeding the growth in any other upstate New York market.

"Buffalo is the shining star among the upstate metros," said Jaison Abel, regional economist at the Federal Reserve Bank of New York. "We’ve had the fastest home price appreciation in decades and are outpacing the rest of upstate New York."

That's been great for sellers – who are cashing in – but not for buyers, who sometimes have to pay more than the asking price for desirable homes in popular neighborhoods. Many disappointed buyers have failed to secure their homes on multiple attempts, leading to rising frustration. And happy sellers often turn into upset buyers right away as they search to no avail for a new place to live.

The root cause has been the record low level of homes for sale. Where a healthy market that is balanced between buyers and sellers would generally have enough houses available to cover 6.5 months of sales, the current inventory here is just 2.4 months, according to the Buffalo Niagara Association of Realtors.

"It means that all the homes on the market – even that stinky, smelly, cat-peed house that no one wants to see anymore – even that house will be sold in that time period," Lautz said. "This is not a balanced market. We still very much have a seller’s market."

The problem has been particularly acute for younger, first-time buyers – representing one-third of the market – because there aren't enough lower-priced homes available. That's because the builders are focusing on higher-end homes – because they can't afford to do the less expensive ones. Land values are rising, and so are labor expenses, while materials and other construction costs are the same regardless of how big the home is.

They can't afford to build homes that sell for less, Lautz said.

"We have a lack of affordable housing," she said. "There's no revenue for that."

At the same time, existing houses aren't opening up as much, because homeowners are staying in them for longer, Lautz explained, citing several new trends that researchers have identified.

Student debt is a major factor, Lautz said. About four-fifths of millennials are not currently homeowners, and 83% of those say that's because of their student loan burden, which they expect to delay a home purchase by seven years. Meanwhile, of the 20% of millennials who are homeowners, 28% of them say they cannot sell or upgrade for the next three years because of how much they owe.

Even worse, many older buyers are stuck with student loans as well – mostly because they went back to school to get advanced degrees during the Great Recession. So even if they would like to downsize, they can't afford to.

Others are staying by choice because of the neighborhood or family considerations, especially if they're "doubling up" or hosting either their adult children or their aging parents.

Finally, Lautz said, there's a general shift in mindset among millennials when compared even to Generation X. Many younger buyers are deliberately living with their parents or other family members after college so they can save money to buy their first house and pay off their student loans.

But when they are ready to purchase, they're looking for a larger home in the suburbs or small towns rather than the big cities, because it's more affordable and they want green space. And once they buy, they're staying there, because it's big enough to have kids.

"They're growing into that home over time and they're not thinking of their home as a quick flip," Lautz said. "It's not their entry-level home. They're skipping the entry-level home and moving into their family home stage as their starter home."

As a result, expectations have changed. A decade ago, people expected to stay in their homes for at least six years for first-time buyers and nine years for so-called "repeat" or "move-up" buyers. Now though, those expectations have risen to 10 years and 15 years, respectively, according to NAR data.

"This is really a new norm," Lautz said.